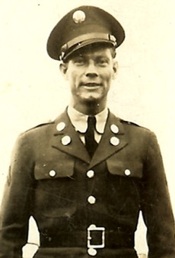 Dad was married to Chrystal May Spears. I don’t know much about him except through his letters to my mom during WWII and some records that his half brother kept. They were not allowed to write much in those letters, but he always said that he loved me and Mom. In his last letter to Mom he said he was looking forward to coming home to see Mom and me.

He was a member of the Army Corp of Engineers and worked on the Norris Dam Project. He worked at Brookside Mills for a while. The tales of family members related that he was a good person, always full of fun. He is remembered fondly by all of them.

Dad was KIA in Anzio, Italy when a ship carrying ammo and fuel was hit by a mine on a stormy sea, and the ship exploded killing most of the men on board. He was with the 83rd Chemical Motor Battalion. Dad was burried at sea and is on the Wall of the Missing in Rome.

I have his American Flag, his Gold Leaf Cluster and his Purple Heart. To me he is among the Heros of our Military. Thanks to Sen. Alexander and his staff, we were able to set a Tombstone in the Knoxville National Cemetery in his Honor 64 years after his death.Even though I did not know him, I respect and honor his memory.
–Submitted by his daughter, Kitten Delores Irene Myers 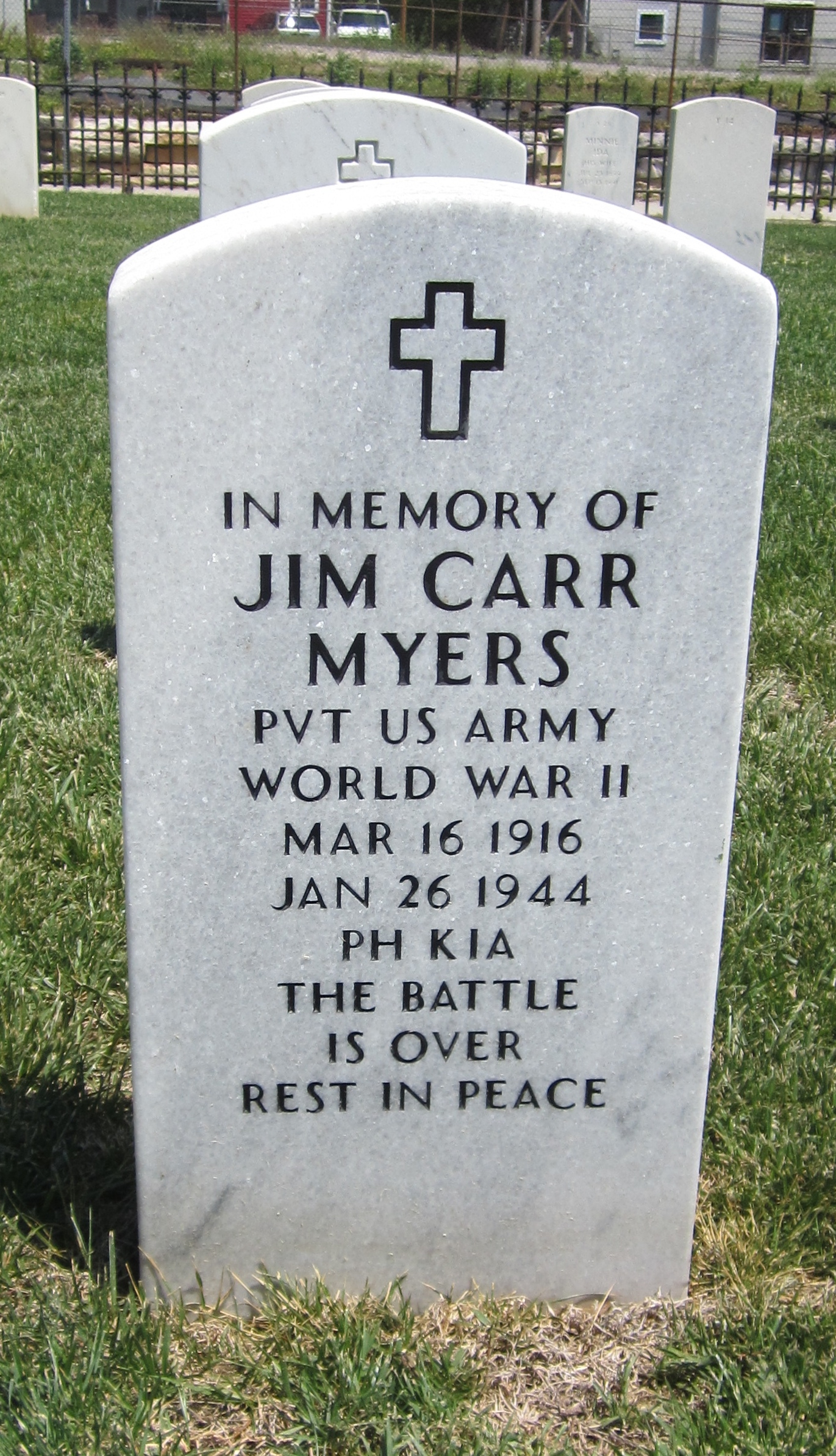