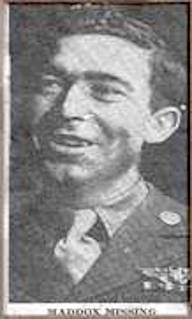 He served with the 401st Bomb Squadron, 91st Bomb Group H, which flew B-17’s out of Bassingbourne, England. He died on 29 March 1944 and is listed on the Tablets of the Missing, Netherlands American Cemetery, Margraten, Netherlands.

Aircraft B-17G with serial number 42-97246 was on a bombardment mission to Brunswick, Germany. The aircraft was attacked by enemy fighters over the target. Two men were killed by enemy fire. Five crewmembers bailed out and survived. The remaining three crew members, including T/Sgt Jewel Maddox, were killed in the crash. Location of the crash, Neuenkirchen (district Osterholz-Scharmbeck). T/Sgt Maddox was initially interred at the Ehrenfriedhof Osterholz in Bremen together with 3 other crewmembers.

For a tribute to him by Rexford Alexander, see http://www.hctgs.org/Biographies/maddox,%20jewel.htm 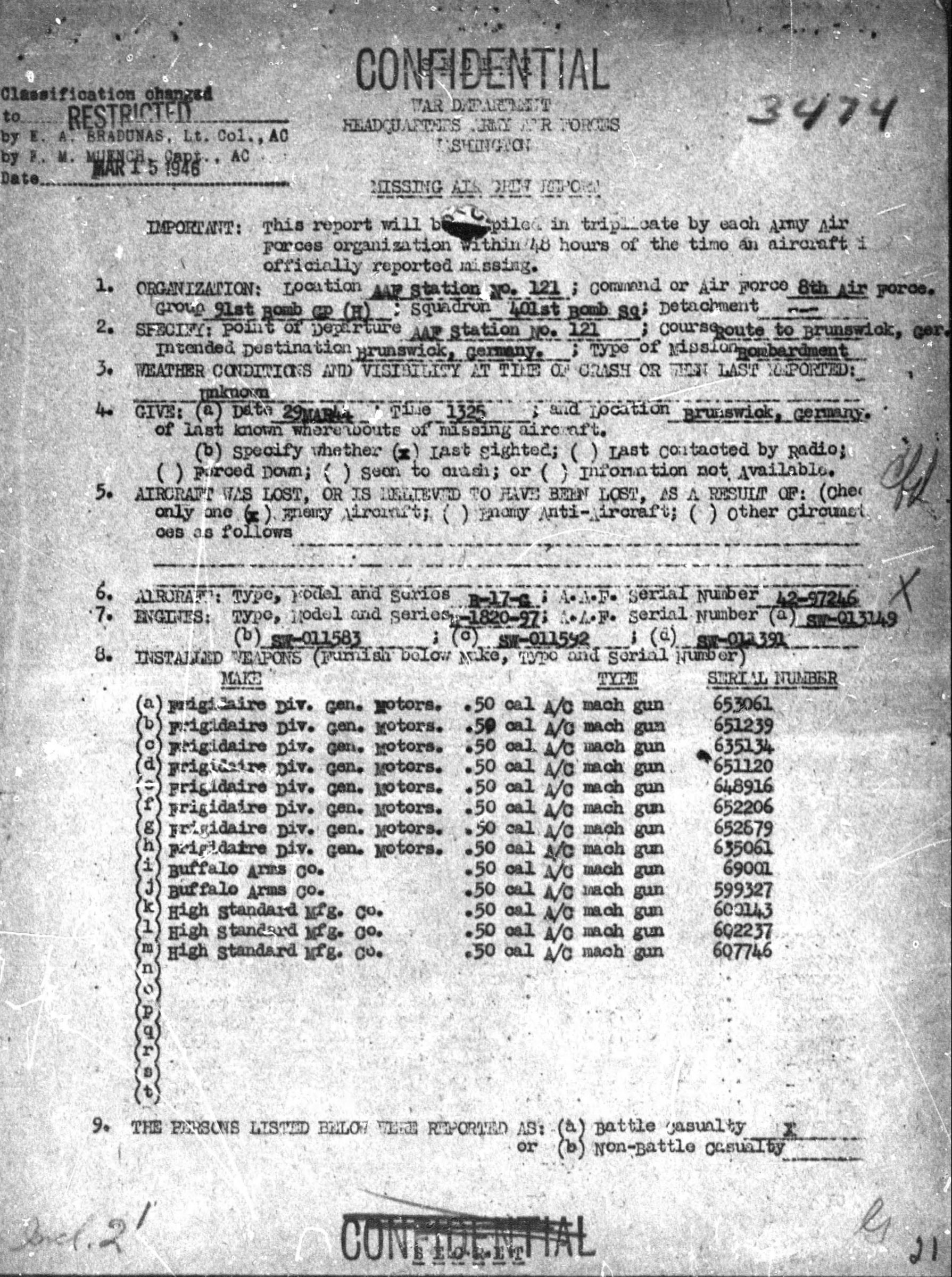 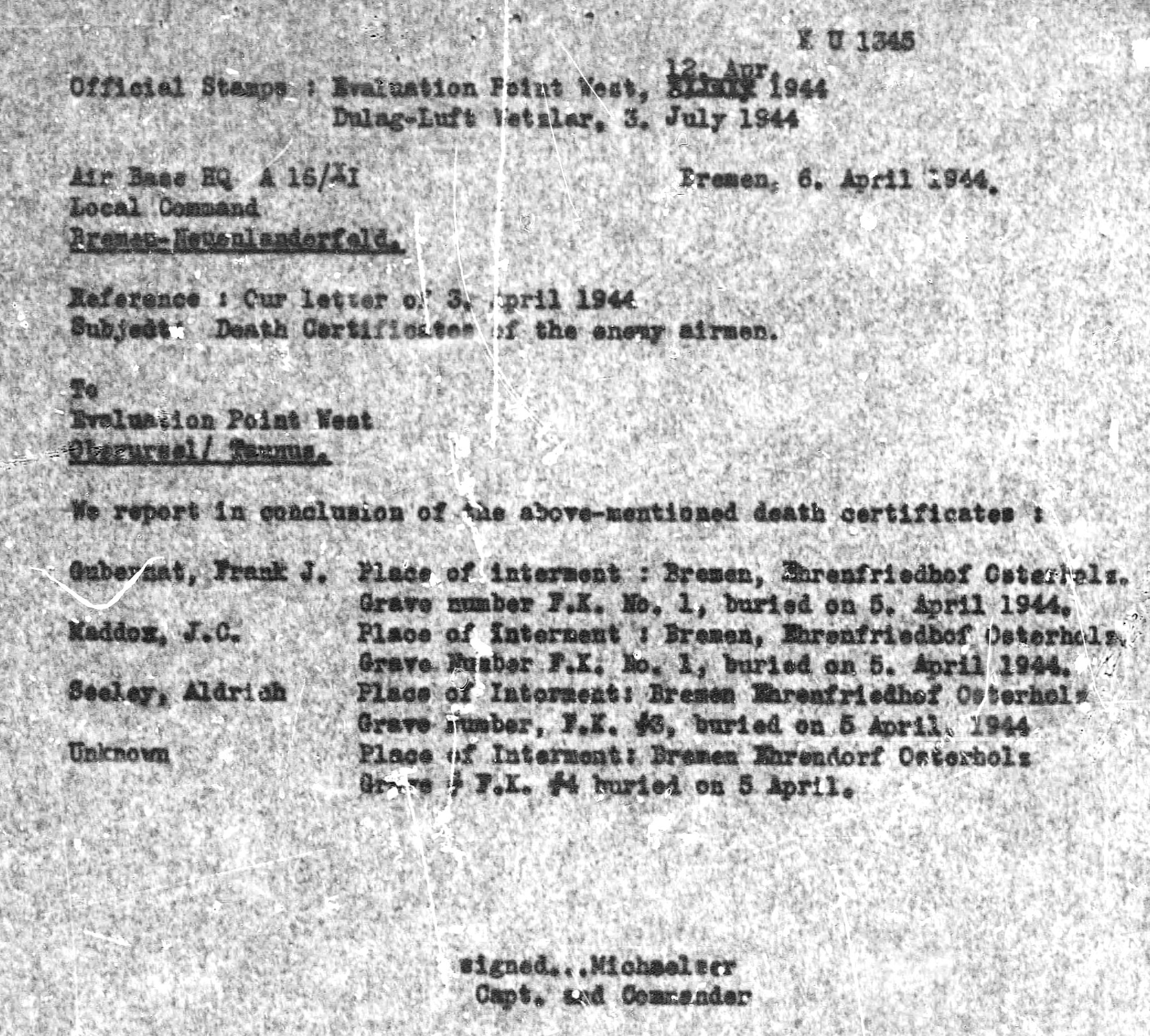 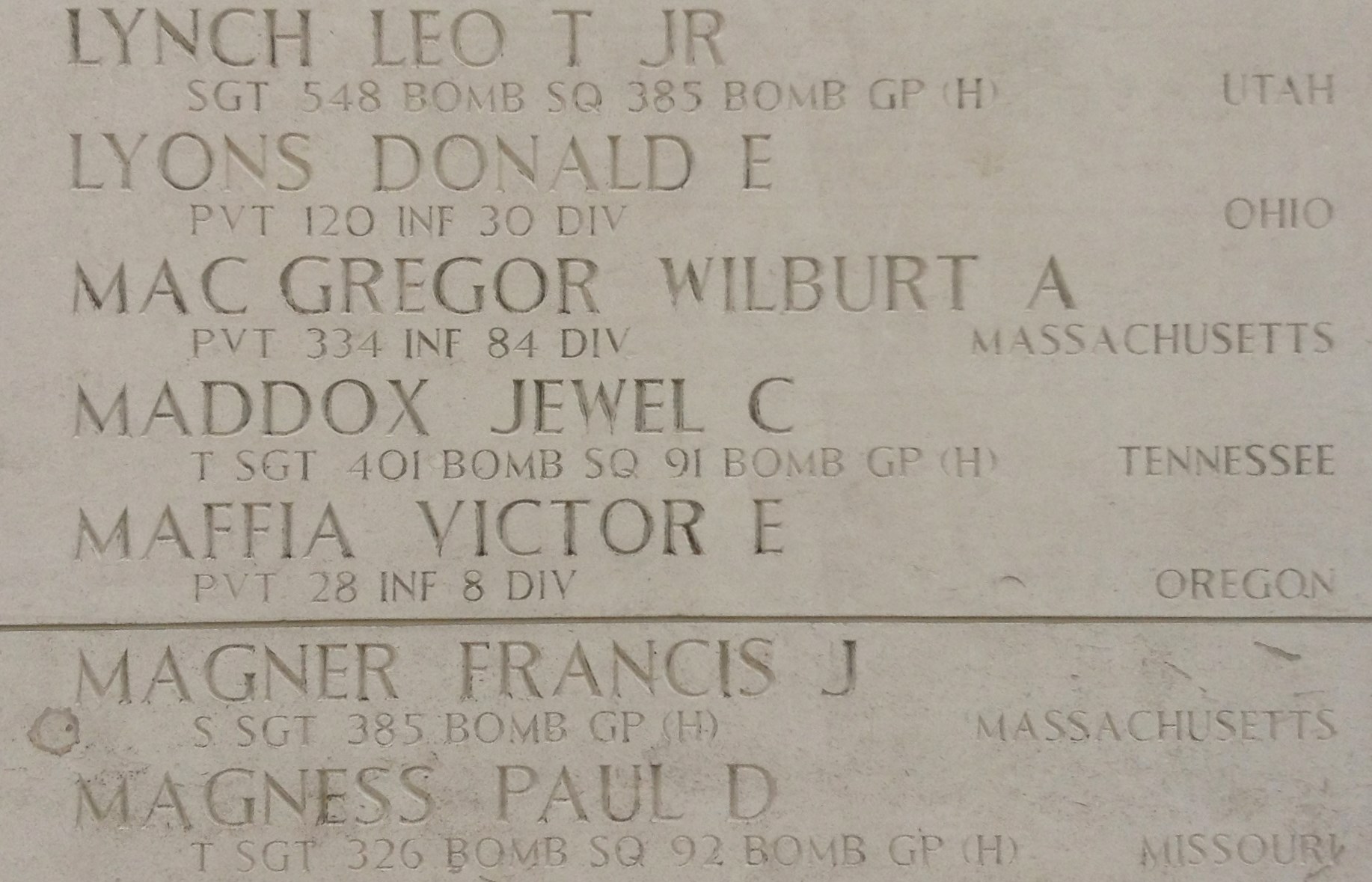