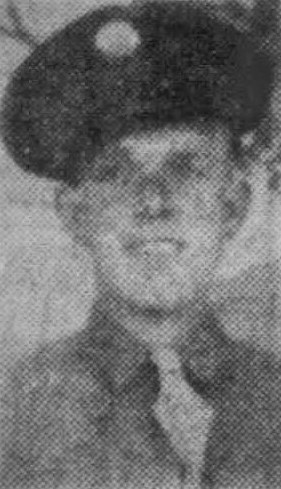 Sgt Henry served with the 358th Infantry Regiment, 92th Infantry Division. He was killed on 11 November 1944 in combat at Koenigsmacher, France.

The Knoxville Journal, December 9, 1944
Sgt. Jessie R. Henry, 23, son of Mr. and Mrs. John T. Henry of Sevierville, Route 3, was killed in action in France, Nov. 11, according to a message received by his parents. Sergeant Henry had been in service one year and one week, and was overseas about eight months. He received his basic training at Camp Wheeler, Ga., and was holder of the Expert Infantryman’s Badge and the Silver Star for gallantry in action in France. In addition to his parents, he is survived by his wife, Mrs. Grace Henry. 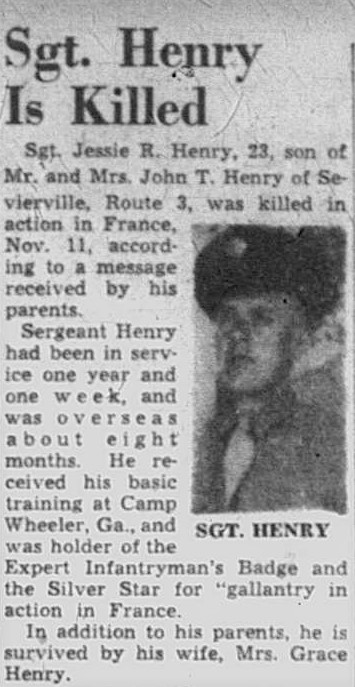 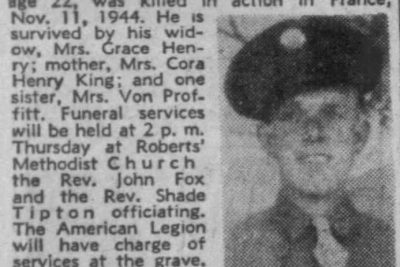