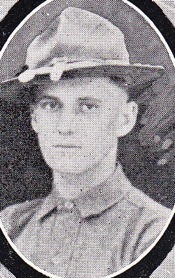 Jessie (also Jesse) Franklin Hall saw service with the Third Tennessee Infantry on the Mexican Border, and when the call to the colors on July 25, 1917, came, he answered by reenlisting in Company C, of the same regiment. Went through the training period at Camp Sevier, SC, and sailed with his company to France on May 11, 1918. Corporal Hall participated in all fighting up until October 16, 1918, when he was fatally wounded and died in an Austrian hospital. 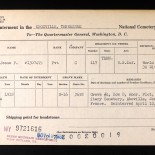 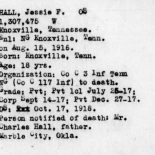 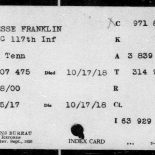 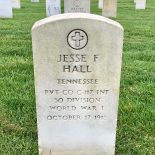