Jessie or Jesse Branan was born in Rockwood, Tennessee. He is listed under Monroe County in State records. His father lived in Catoosa, Tennessee. He served with Company B, 117th Infantry. He departed at Hoboken, New Jersey on 24 April 1918. He died of wounds, previously reported missing in action.

“Funeral of Jesse BRANAN. Another Rockwood Hero Laid to Rest. The impressive funeral service for Jesse BRANAN, 19, son of Mr. and Mrs. William BRANAN was conducted here Sunday under the auspices of the local post American Legion. The Rev. Leland COOK, conducted the services. The body was interred in the Emory Gap cemetery. Young BRANAN was reported missing in action Oct. 24, 1918. His death occurred four days later, the result of wounds. The mother died about seven years ago. The father now resides in Rockwood. He is also survived by two brothers and two sisters.” The Rockwood Times, Thursday, 20 Oct 1921, Vol. 41, No. 37. 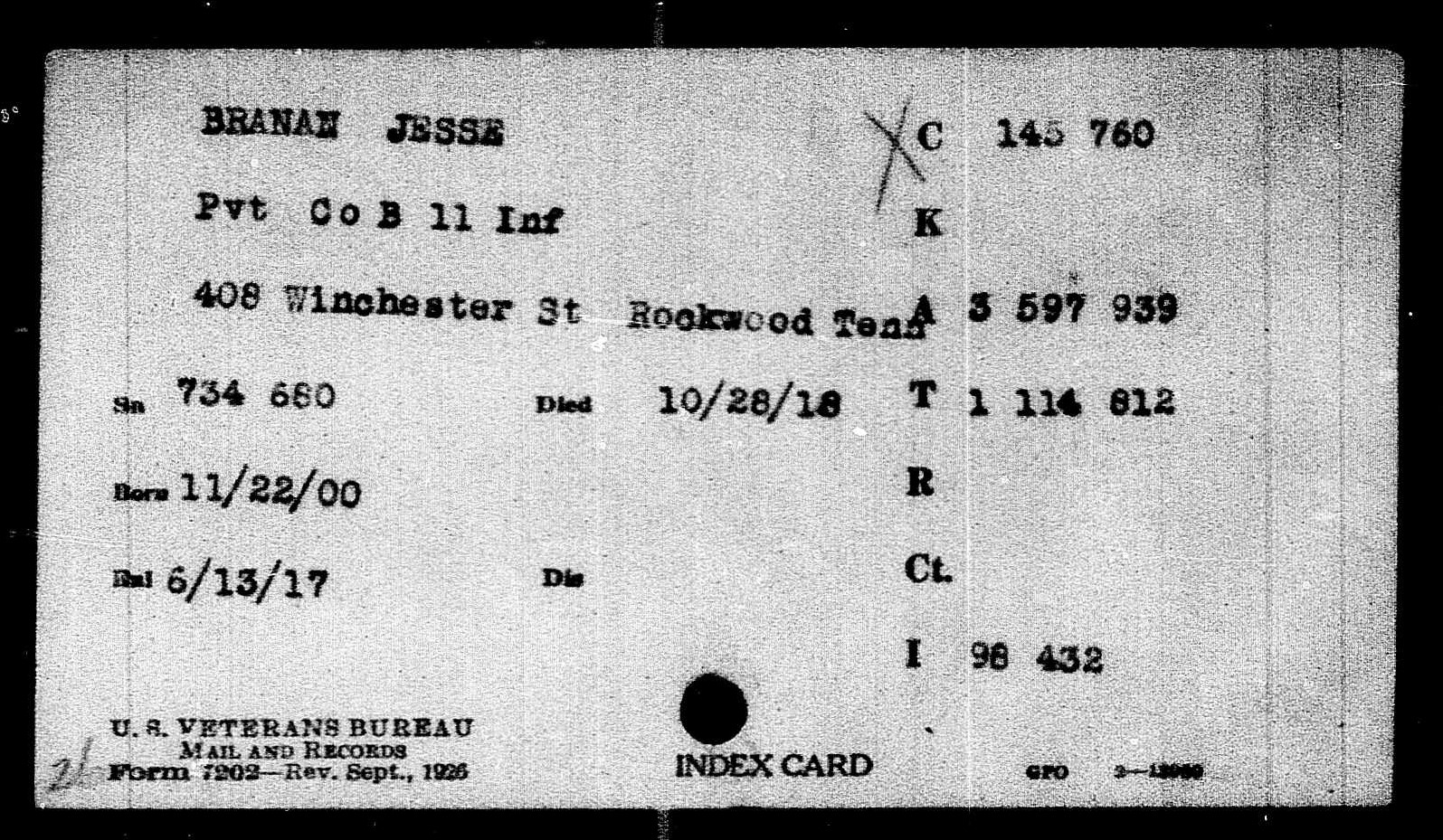 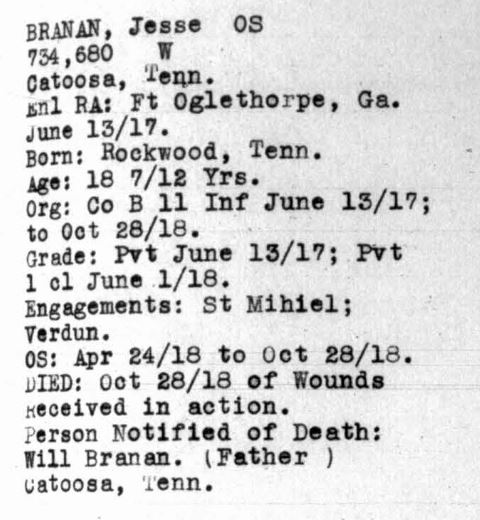