Motor Machinist Mate 1st Class Jesse James Hill enlisted on 22 July 1938 at Chefoo, China. He served on the U.S.S. Pecos A0-6 in 1941.
He died in Action on 1 March 1942 when the USS Pecos was sunk by Japanese aircraft. Memorialized at the Manila American Cemetery, Philippines. He was given a finding of death of 15 December 1945.

Historical Note
When Japan attacked Pearl Harbor, Pecos was in the Philippines supporting the ships of the Asiatic Fleet. She departed Cavite Navy Yard 8th of December 1941 for Borneo and reached Balikpapan on the 14th. After filling up with oil and gasoline, the tanker pushed on to Makassar in the Celebes, Netherlands East Indies where she refueled American warships fighting to slow the explosive advance of Japanese forces in the southwest Pacific. She departed Makassar for Darwin, Australia, 22 December.

She headed for Surabaya, Java early in 1942 where she fueled Allied ships until departing 3 February after a Japanese air raid there had made that base untenable. Tjilatjap then became the oiler’s base until her cargo fuel tanks were empty. She then got underway late in February toward India to refill. On the 27th, off Christmas Island, The Pecos joined up with the destroyers, Whipple DD-217 and Edsall DD-219. To take aboard the crew of the USS Langley AV-3, which had been damaged by enemy action, and sunk by Whipple to keep it out of enemy hands. At 10h20, three Japanese twin-engine bombers attacked Christmas Island. One later singled out Whipple and dropped a stick of bombs which missed the rapidly dodging destroyer. The American ships steamed south out of range and completed the transfer 1 March, of 308 survivors of the Langley. Completing the task by 0800. While one destroyer transferred personnel, the other circled and maintained an antisubmarine screen.
When the job of transferring survivors from the lost seaplane tender had been completed, the two destroyers parted company with the oiler. Changing course in anticipation of orders to retire from Java. Whipple, then under attack by Japanese bombers near Christmas Island, was preparing to send a message relative to these orders when the destroyer’s chief radioman heard a call for help over the radio from Pecos. Whipple sped to the scene to render assistance if possible

At noon that day, planes from Japanese carrier Soryu attacked Pecos and struck again an hour later. Finally at midafternoon, a third strike sent the veteran oiler to the bottom.

Throughout the afternoon, as the destroyer closed the oiler, all hands on board prepared knotted lines and cargo nets for use in picking up survivors. Whipple went to general quarters at 19h22 when she sighted several small lights off both bows. Whipple slowly closed and began picking up survivors of Pecos. After interrupting the proceedings to conduct an unsuccessful attack on a submarine thought to be nearby, she returned to the task and continued to search until she had received 231 men from the oiler. All that had survived from both crews. Whipple soon cleared the area, believing that a Japanese aircraft carrier was close.

Within a few days, Java fell to the Japanese who were gradually consolidating their expanded Greater East Asia Co-Prosperity sphere. Whipple joined what remained of the Asiatic Fleet in Australian waters.

Edsall which had headed North with 30 of the Pilots from the Langley was not heard from again. Post war it was learned she was sunk by Japanese Naval Forces and all hands died in action or as POWs. 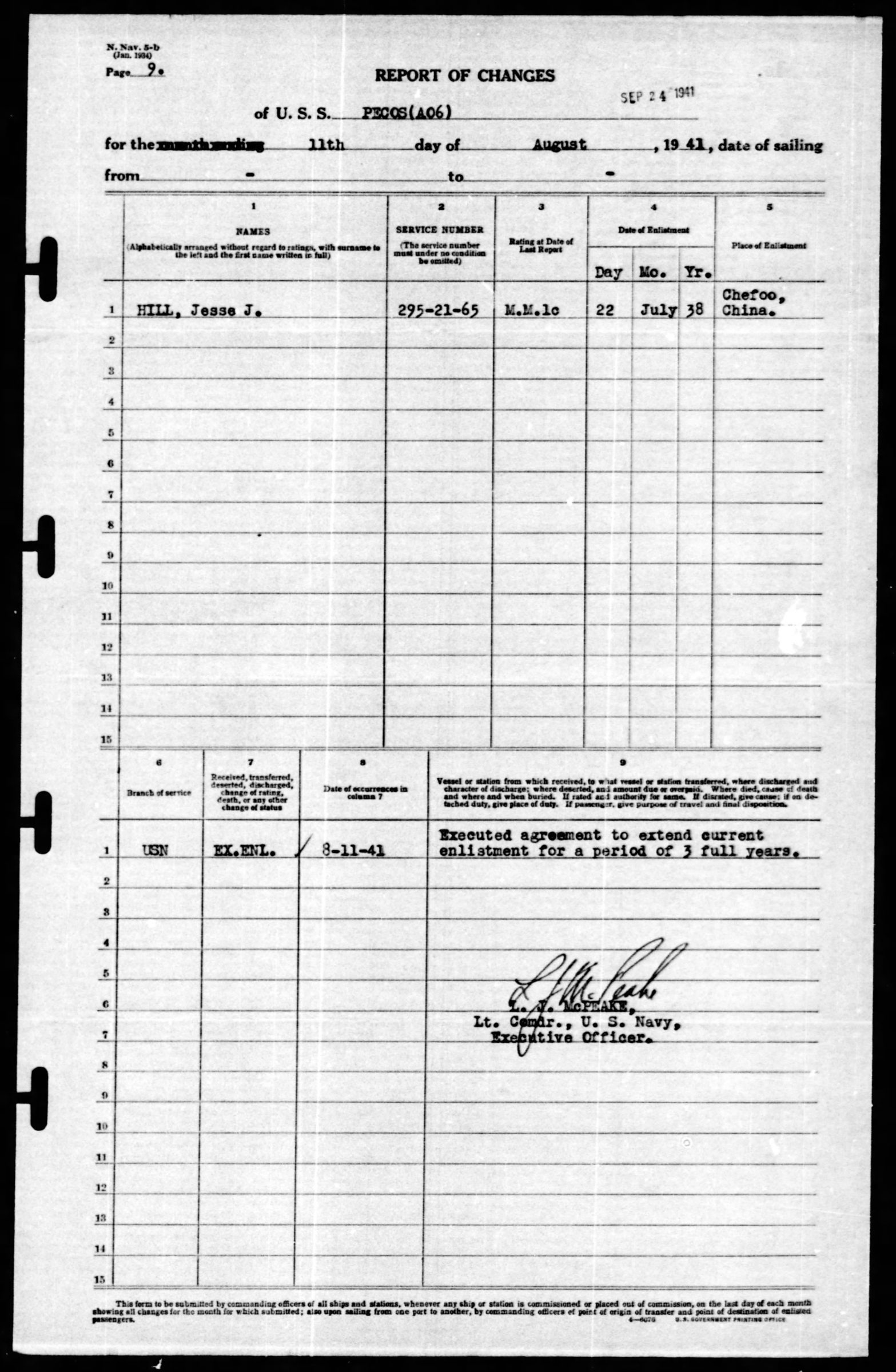