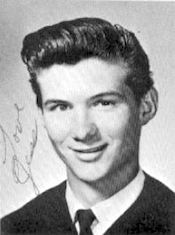 The Kingsport Times-News, 20 July 1969.The Bronze Star for heroism has been posthumously awarded to Sgt. Jesse H. Archer, Rt. 5, who was killed in Vietnam last March 10 while trying to bring supplies to a machine gunner under fire from the enemy.The medal, with ‘V’ device, was among 10 decoration and awards presented to his parents, Mr. and Mrs. Roy L. Archer, in a special ceremony by 1st Lt. James C. Byrd, survivor assistant officer, Army Ammunition Plant.According to the citation accompanying the Bronze Star, Archer was serving as a team leader with his outfit, Company A, 1st Battalion, 14th Infantry, 4th Infantry Division when a superior force of the enemy was encountered.“Company A was conducting a sweep operation west of Kontum City when they were suddenly subjected to intense enemy fire from a numerically superior force,” the citation with the Bronze Star said. “Upon contact, Specialist Four Archer moved quickly forward, under intense enemy fire, to reinforce and resupply members of the second platoon, who were pinned down. With total disregard for his own personal safety, he continued to move to the besieged location on his own initiative.Specialist Four Archer was attempting to resupply a machine gunner when he was mortally wounded by hostile fire. His selfless actions greatly aided and inspired his fellow comrades in defeating the enemy force. His exceptional courage determination and exemplary devotion to duty are in keeping with the highest traditions of the military service and reflect great credit upon himself, his unit and the United States Army.”Presented to Archer’s parents were the Bronze Star, Purple Heart and Good Conduct Medal, awarded posthumously, as well as the following awarded to the soldier before his death:National Defense Service Medal, Vietnam Service Medal, Vietnam Campaign Ribbon, Combat Infantryman Badge, Expert Badge with Machine Gun Bar, Sharpshooter Badge, with Rifle Bar and Marksman Badge, with Automatic Rifle Bar.A 1966 graduate of Sullivan High School, Archer attended East Tennessee State University for one year and was employed by Tennessee Eastman Company before entering the Army in April 19, 1944. He arrived in Vietnam September 1944. Survivor included his parents, maternal grandparents, Mr. and Mrs. R.S. Needham of Kingsport and several uncles and aunts. His body was returned to the Fall Branch Funeral Home. Sgt Archer is buried at Lone Star Cemetery, Sullivan County in Tennessee. 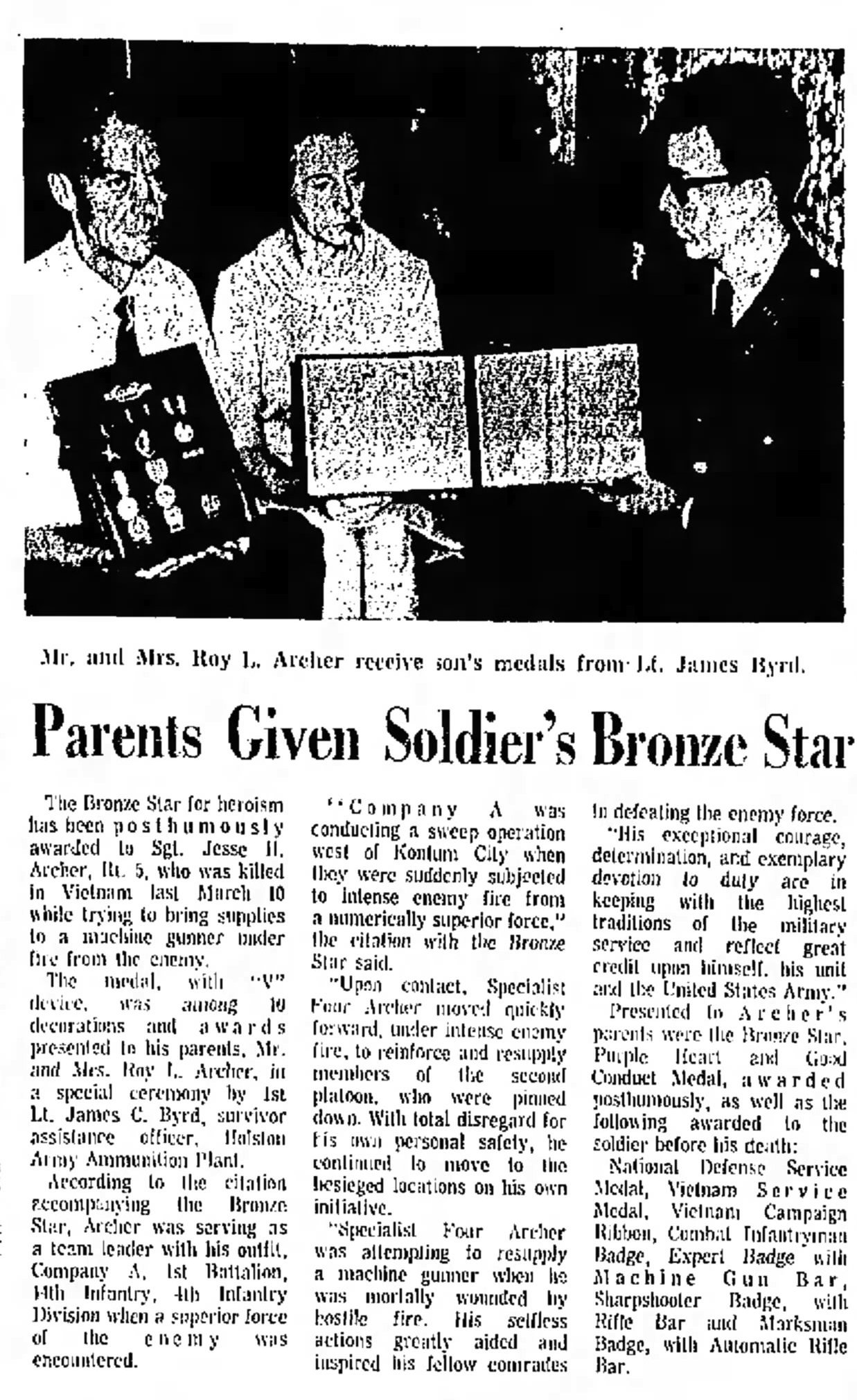 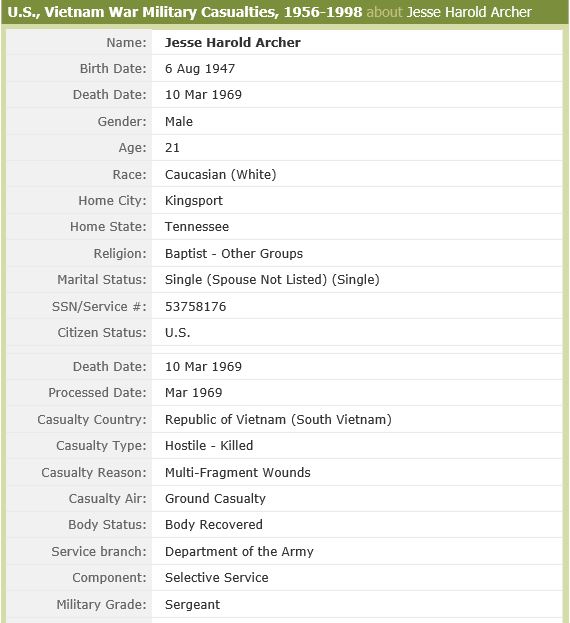