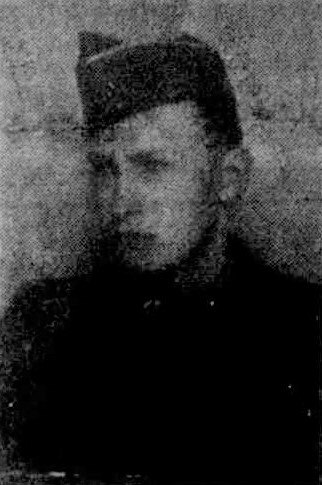 The Newport Times, Dec. 5, 1951
Pfc. Jess E. Sprouse, age 21, was killed in Korea July 23, 1951. The body arrived in Newport on the Carolina Special. Funeral services were conducted from the Second Baptist Church. Internment was in the Union Cemetery.
Pfc. Sprouse is survived by his mother, Mrs. Rosa Lee Sprouse of Newport Route  and a brother, Charles Earl Sprouse of Newport.

The Newport Times, Feb. 27, 1952
Colonel Jonathan H. Michaels of the University of Tennessee is shown as he presented the Silver Star to Mrs. Rosa Lee Sprouse of the Bat Harbor community Wednesday on behalf of her son, the late Private First Class Jesse E. Sprouse at a ceremony held at the home. A large Group of the citizens of that community, relatives and friends, attended the brief but impressive ceremony. The picture was made as the Colonel pinned the Silver Star, one of the nation’s highest awards, on Mrs. Sprouse.

The President of the United States of America, authorized by Act of Congress July 9, 1918, takes pride in presenting the Silver Star (Posthumously) to Private First Class Jesse Edward Sprouse (ASN: US-53032540), United States Army, for gallantry in action as a member of Company C, 1st Battalion, 19th Infantry Regiment, 24th Infantry Division, in action near Pongdangdong-ni, Korea, on 23 July 1951. His company’s mission was to attack and secure a very high, steep-sided hill which was defended from well-prepared positions by a large enemy force. As the assault began, the forward elements were suddenly pinned down by heavy enemy small arms and machine gun fire. He, with utter disregard for his own well-being, exposed himself to heavy fire while maneuvering into a position from which he could direct deadly fire on the enemy machine gun crew. He then attacked another enemy position, but was mortally wounded in the attempt. Private Sprouse’s courageous action and deep devotion to duty reflect the highest credit on himself and the United States Infantry. 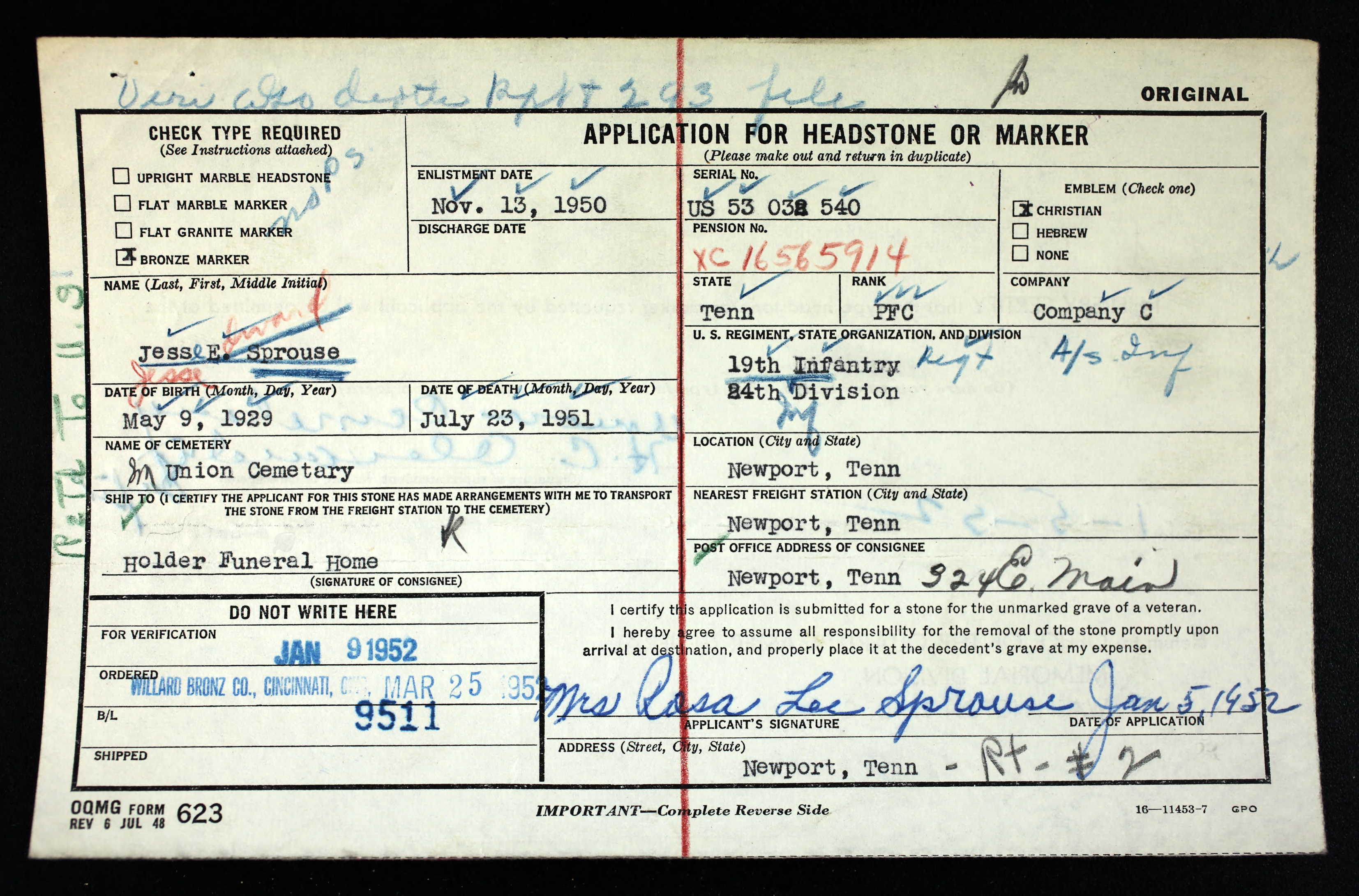 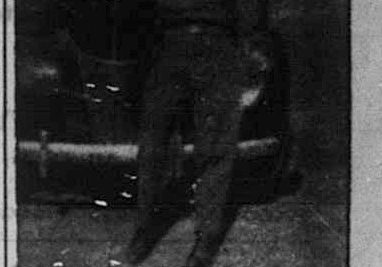 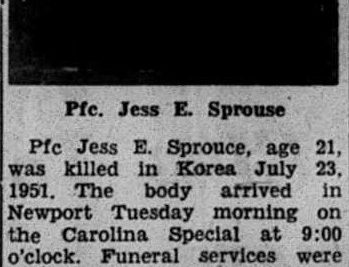 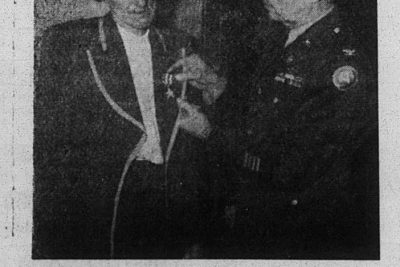