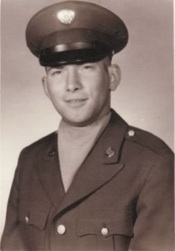 Jerry and I were married almost four years when he was Kia in Binh Dinh Vietnam. His best buddy was Kia 13 March 1968 and Jerry was his escort in he got to stay till 13 April found out I was pregnant 13 May 68 and Jerry was Kia 13 June 68. We had a son and was named after Jerry and David Lee (Toby) Edney. Jerry Lee.
–Submitted by Judy Ferguson Scofield 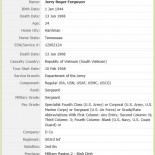