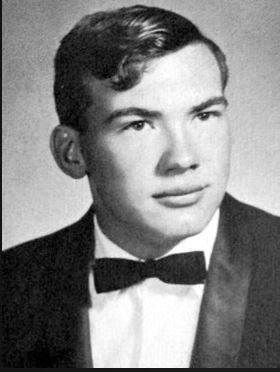 Private First Class Jerry McCarter was born on August 22, 1948, and was originally from Sevierville, Tennessee. He served his country in the Vietnam War in the United States Marine Corps as a rifleman in L Company, 3rd Battalion, 1st Marines, 1st Marine Division. His tour in Vietnam began on February 2, 1969. On June 15, 1969, he was killed under hostile conditions at a listening post in Quang Nam province, South Vietnam; he was 20 years old at the time of his death. PFC McCarter is buried at Smoky Mountain Memory Gardens in Pigeon Forge, Tennessee and is memorialized on the Vietnam Veterans Memorial on Panel 22W, Line 54.

His grandfather was Amos Walter McCarter (1902-1993) and his grandmother was Callie Reagan (1905-1995); his mother was Louise Shonia McCarter who married Jess Willard Ogle. His siblings were Harold Dennis “Denny” McCarter and Monica McCarter and Jess Ogle.