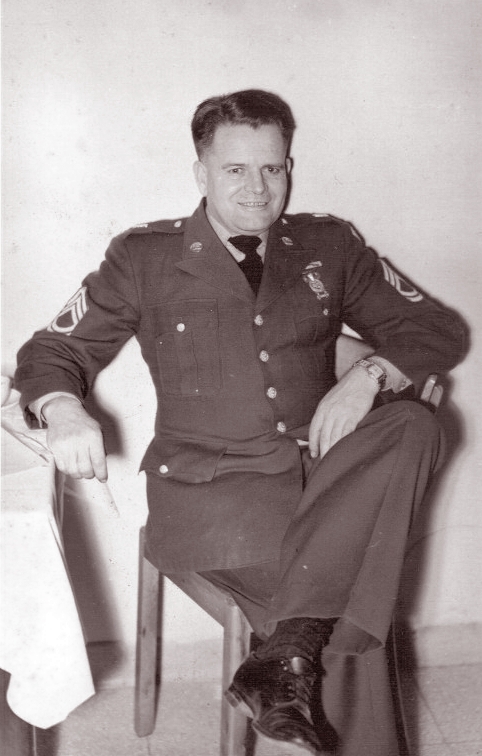 Staff Sergeant Jeptha (Jeppie) J. Payne of Copper Hill was more than twice the age of the men who served under him.   Born on August 25, 1919 and nearing retirement after twenty-one years in the Army, he knew that his son, Specialist 4th Class Larry Payne stationed at Fort Meade, Maryland, would not have to go to Vietnam as long as he was there, owing to a Department of Defense regulation. The elder Payne served with Unit A Company, 14th Engineering Battalion, 45th Engineering Group, 18th Engineering Brigade. His tour of duty in South Vietnam began on January 11, 1967, and he was killed in action August 16, 1968. He was one of the 20 men killed when NVA/VC forces penetrated the perimeter of LZ Nancy in Quang Tri Province, RVN. He was forty-eight. He was buried at Mobile Cemetery, Epworth, Fannin County, Georgia.

Likewise, Michael Swift, a friend who served with him: “I was with SSG Payne on LZ Nancy on the night of August 15 and morning of August 16, 1968 when we were overrun by a force of VN regulars that far exceeded our strength. I knew POP Payne as a gentle DAD to all of us. I was 19. I know he extended his tour there to keep his son out of VN. If I remember correctly, he had recently returned from the states. I would like to contact any family members to let them know how much family meant to SSG Payne and how much he took care of US KIDS in the unit.” 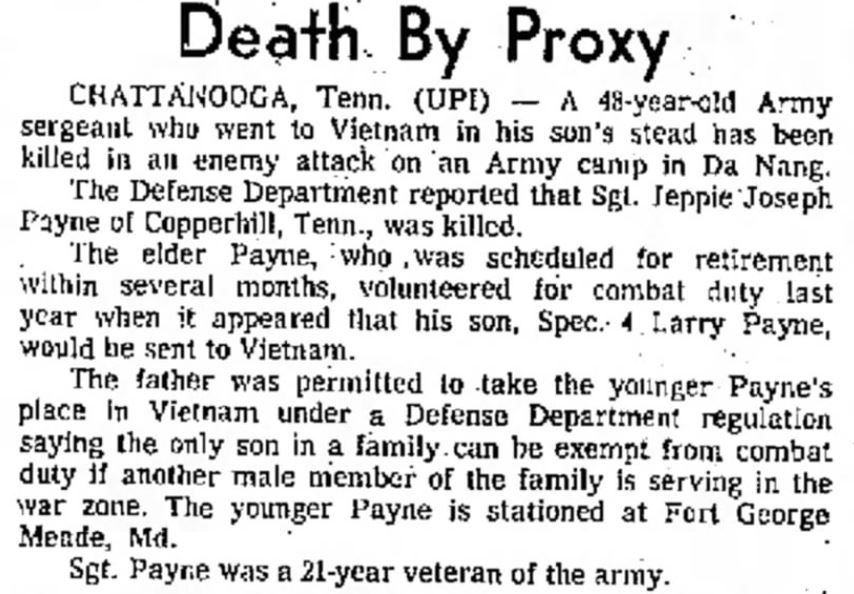 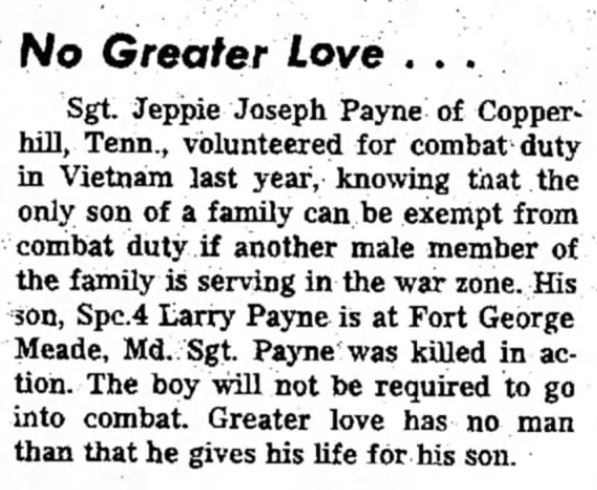