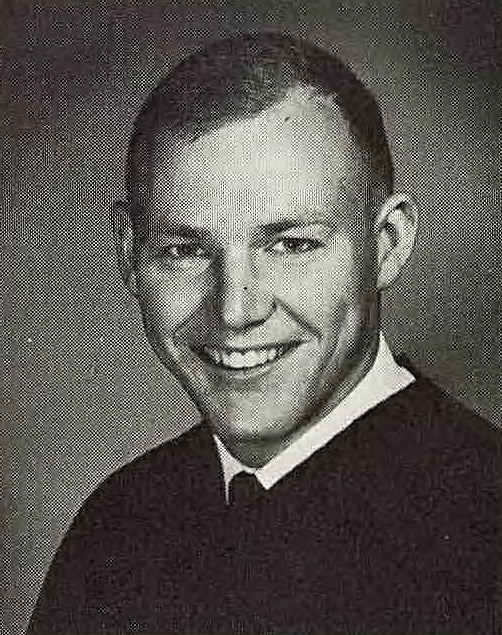 Jefferson Chesnutt attended the University of Chattanooga in 1962-1964

Jefferson the husband of Wanda J. Chesnutt and loving father of sons Jefferson C. II, and Charles S. Chesnutt, the son of Mr. and Mrs. Joseph Chesnutt all of Hixson TN was a veteran of over six years of service in the U.S. Marine Corps. In Vietnam he was a assigned as a helicopter pilot to and served with HMM-263, MAG-15, 9th MAB, FMFPac.

During troop extraction and Med-Evac operation during lift-off from a designated Landing Zone the main rotor of a UH-34 struck the tail section of another aircraft and crashed. One of the Marines killed was Capt Chesnutt who was the pilot on the aircraft. 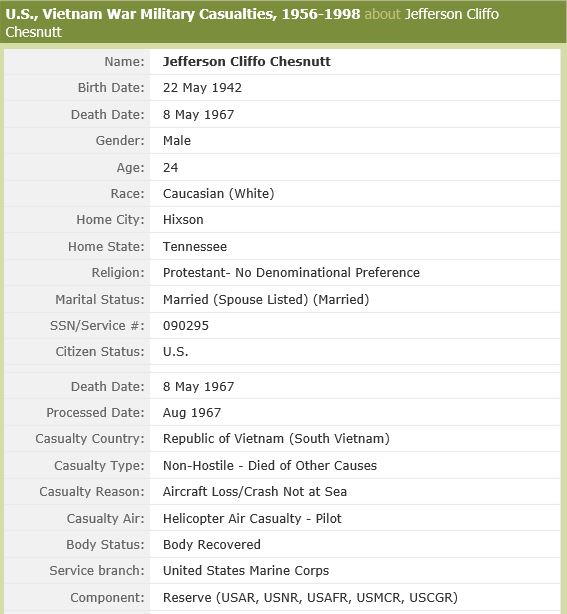