Casualty of WWII, First Lieutenant Sink was a Navigator in USAAF 573rd Squadron, Service No. 0733236. The following is an account of the crash in which he was killed. It is believed that his remains were repatriated to the USA.

A United States Army Air Force wartime Martin Marauder B26 aircraft crashed in Ashingdon in the fields to the north of Canewdon Road during the Second World War on 24th September 1944. The aircraft was flying from Amy Aerodrome near Roye in France in very bad weather to their home base at Matching Green, Essex. The crew of 5 men died in the crash and a monument was erected in the field near the crash-site. The weather had been atrocious and their previous day’s mission to Dueren, Germany, had to be cancelled due to bad weather so they landed in France. Probably, they should not have set off that day. The very high winds, poor visibility and torrential rain meant that they made slower progress and lost bearings and as a result ran out of fuel, as did the other two crashed aircraft. The heavy rain meant the fields must have been covered in rain water. That is why it is believed that the airmen thought they were landing onto water because all five airmen had removed their boots before the crash, as per normal instructions for landing on water.

A new memorial in the village of Ashingdon where Jay died has been erected but it is in the Scouts Hall and not always open to the public. A portion of this text used by permission by Glen Dryhurst and Geoffrey Gillon.

The Knoxville Journal, December 6, 1942
A chance to service her soldier-son came to Red Cross canteen hostess Mrs. J.M. Sink Friday. Mrs. Sink, who has worked many hours as a canteen hostess, was on hand when her son, Lt. J.M. Sink Jr., and his visitor, Lt. John B. Neill, both of whom have been spending a few days at her home, left to report for duty. Mrs. Sink ordinarily is captain of the day of the canteen at the Southern station on Wednesday, but happened to be working at the L&N canteen the day her son left. She lives at 1839 Laurel Avenue. Red Cross officials said this was an example of the readiness and great accomplishment the Red Cross has made since Pearl Harbor.

The Knoxville News-Sentinel, October 27, 1944
Lt. Marvin Sink, son of Mr. and Mrs. J.M. Sink, formerly of Laurel Avenue, died in England on Sept. 24 of injuries received in a plane crash. Lt. Sink was a graduate of Knoxville High School and attended U-T. He had been in the Army about three years and overseas a year.

The Knoxville News-Sentinel, August 12, 1945
A memorial tablet listing the names of the 185 U-T Pi Kappa Alpha fraternity student and alumni members killed in Word war II has been presented to the U-T Chapter, 1305 West Clinch Avenue, by Mr. and Mrs. Jay M. Sink, of Greenville, S.C. in honor of their son, Lt. Marvin Sink, who was killed in England in an airplane crash on Sept. 24, 1944.
Mrs. Sink unveiled the tablet at special memorial services held at the Chapter House last night. Lt. Sink was a student at U-T in 1942 at the time of his enlistment in the Air Corps, and an active member of Pi Kappa Alpha fraternity. He was a bombardier and was based in England. He had been overseas about a year at the time of his death. Mr. and Mrs. Sink formerly lived on Laurel Avenue, but for the past year or so have lived in Greenville, S.C. 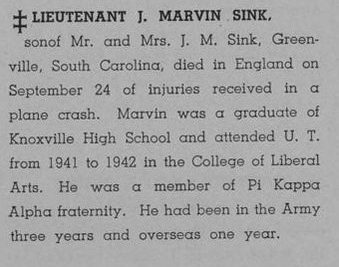 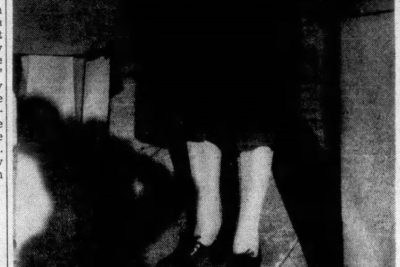 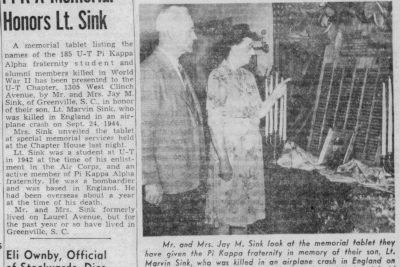 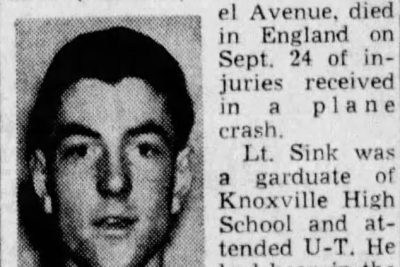 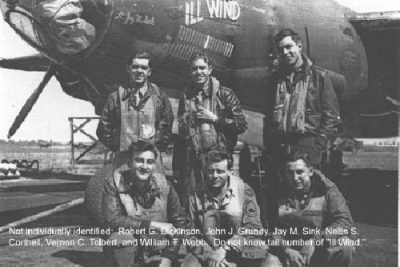