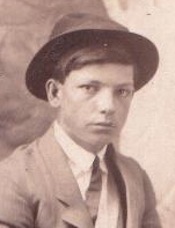 Jasper York of Scott County was a Sergeant with Company L of the 47th Infantry Regiment, 4th Infantry Division. York developed influenza and died as a result of pneumonia at Camp Greene Base Hospital in Charlotte, North Carolina, prior to being deployed to active battle in Europe. According to his grandnephew Leo York, “Jasper York was born in December 1891 in Cordell, Scott County, to Andrew and Lucinda Newport York. He was one of nine brothers all serving in the U.S. military in all branches during the Spanish-American War, WWI and/or WWII. He was unmarried. When he died February 9, 1918, his body was shipped home and was interred in the York Cemetery in Cordell.”