The history of the 80th Division for the 8th of October 1944:
After strengthening positions on the high ground running from Mousson Hill, Ste. Genevieve Hill, Landremont Ridge and Falaise Ridge, the 317th and 318th forged ahead through the Bois de St. Clement. In the meantime, the 319th on the north flank expanded the bridgehead to include the small towns of Lesmenils, Morville-sur-Seille and Port-sur-Seille.

Preparations then were made for a coordinated attack, Oct. 8, on Mt. Toulon, Mt. St. Jean and high ground overlooking the Seille River near Benicourt, Clemery and Manoncourt-sur-Seille.

A thunderous bombardment on hostile positions by heavy weapons paved the way for the infantry’s advance. In addition, two batteries of four barrelled .50 caliber machine guns from the 633rd AAA Bn. flashed 79,500 tracer bullets into enemy positions on Mt. Toulon and surrounding areas.

This terrific concentration of fire power under the direction of Brig. Gen. Jay W. MacKelvie, Div Arty Commander, dazed the Nazi defenders and opened a path for the infantry, which jumped off at 0600 to win a complete victory.

The 319th Inf. Regt. raced ahead, seized commanding ground on Mt. Toulon in less than an hour. Benicourt, Clemery and Manoncourt-sur-Seille fell to the 318th Inf. by 1135. Bitterly defended positions on Mt. St. Jean slowed the advance for a while but were overrun by the 317th Inf. before 1530. More than 1260 glum-faced Supermen, virtually the entire force occupying the objectives, were captured…..

Private Grills on the 8th of October 1944 died of his wounds. He is interred at the Lorraine American Cemetery C,26,46 St Avold France. 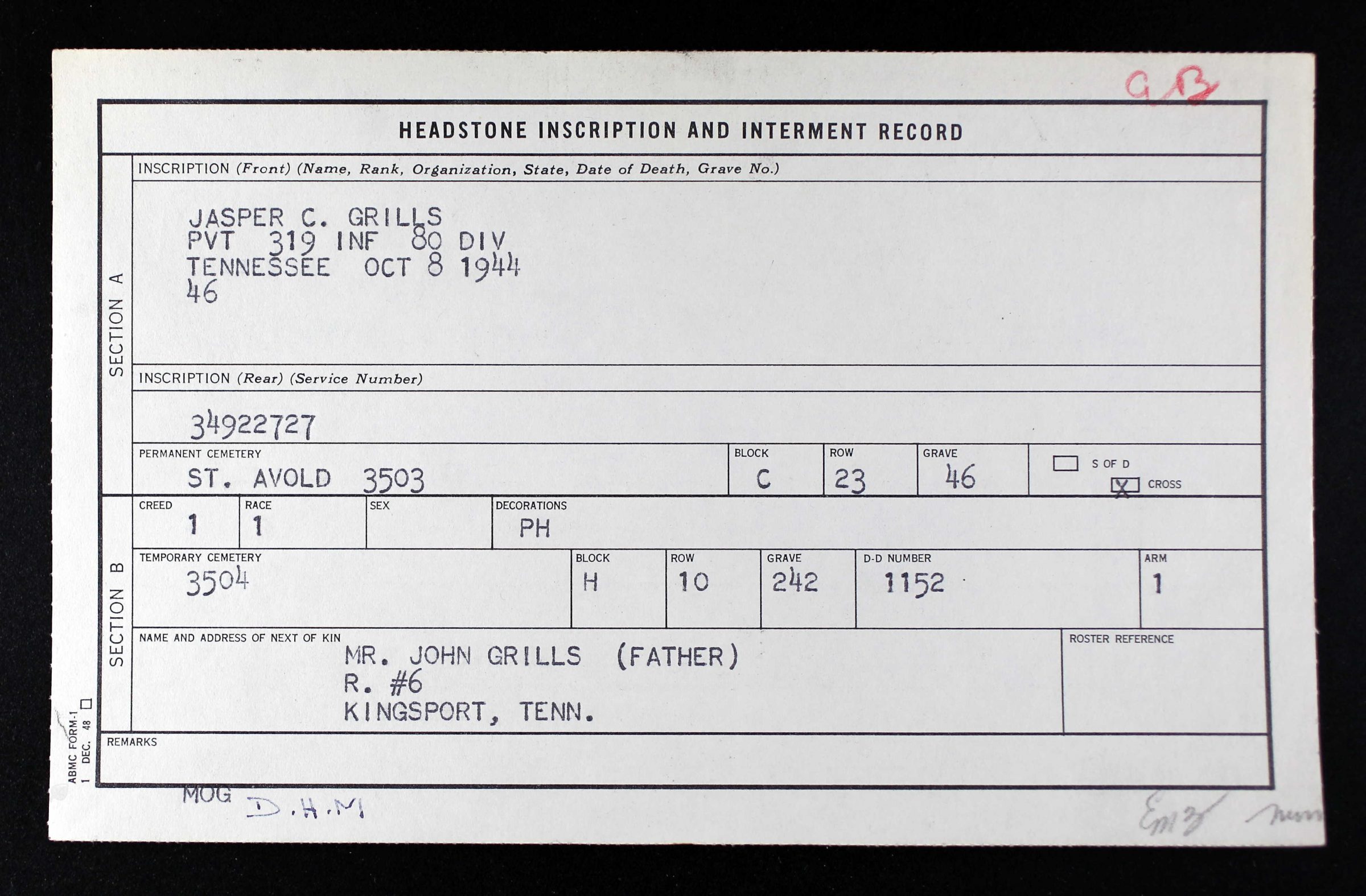