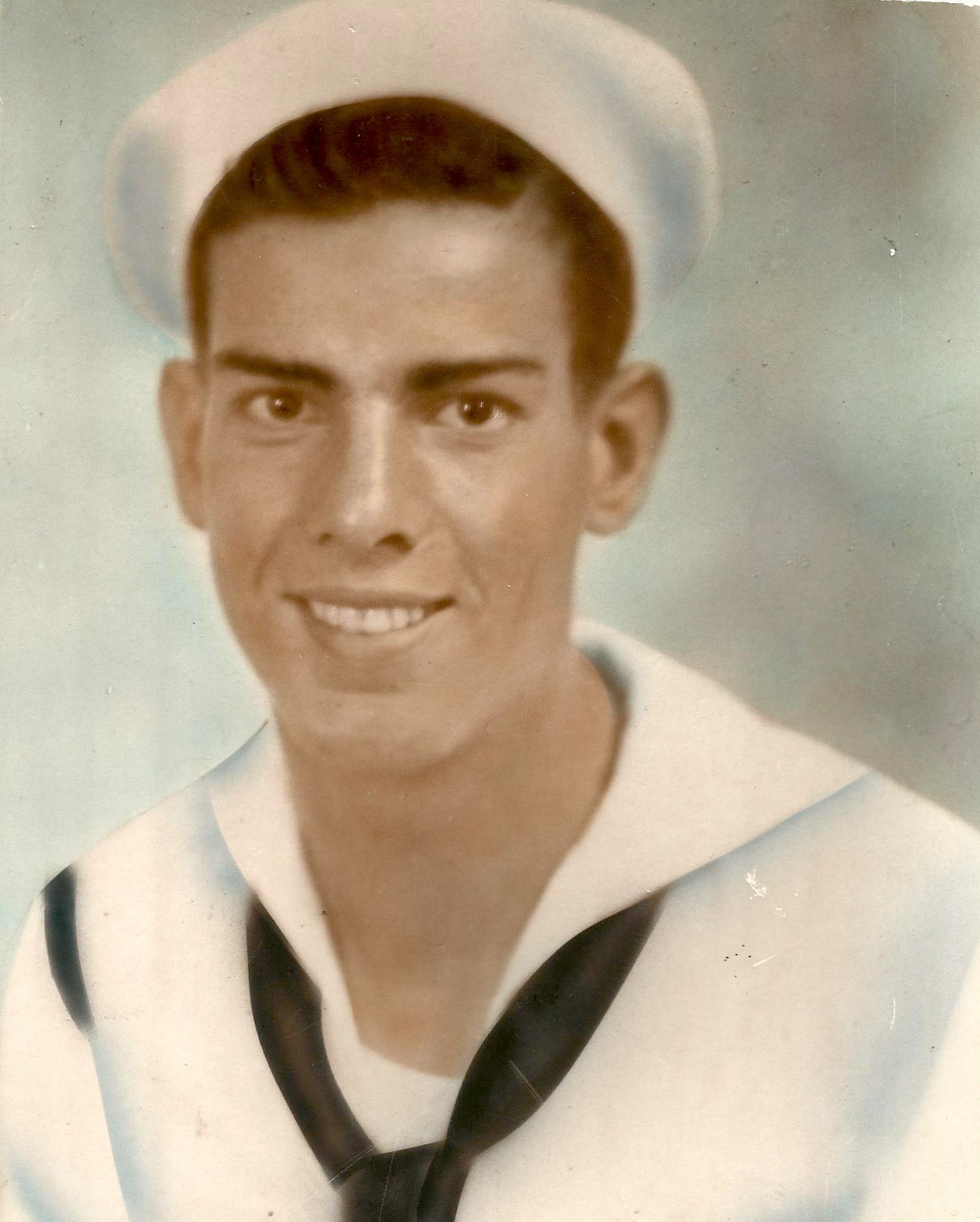 Jarvis Mellon served on the LST 577. He was Missing in action on 11 February 1945 and declared Killed in Action on 25 April 1945. He was awarded the Purple Heart.

On 11 February 1945, LST 577 was proceeding on course in formation employed in a re-supply run from Ataipe, New Guinea to Lingayen Gulf via Leyte Island. In latitude 7-55.6N and longitude 130-15.0E two sharp explosions were heard and LST 577 in position 21 was seen to break into two sections just forward frame 34. LST 753 occupying position #23 immediately sheared to port as floating debris and swimming survivors prevented shearing to starboard. The after section of LST 577 sank within a few minutes after the explosions but the forward section continued to float for several hours. 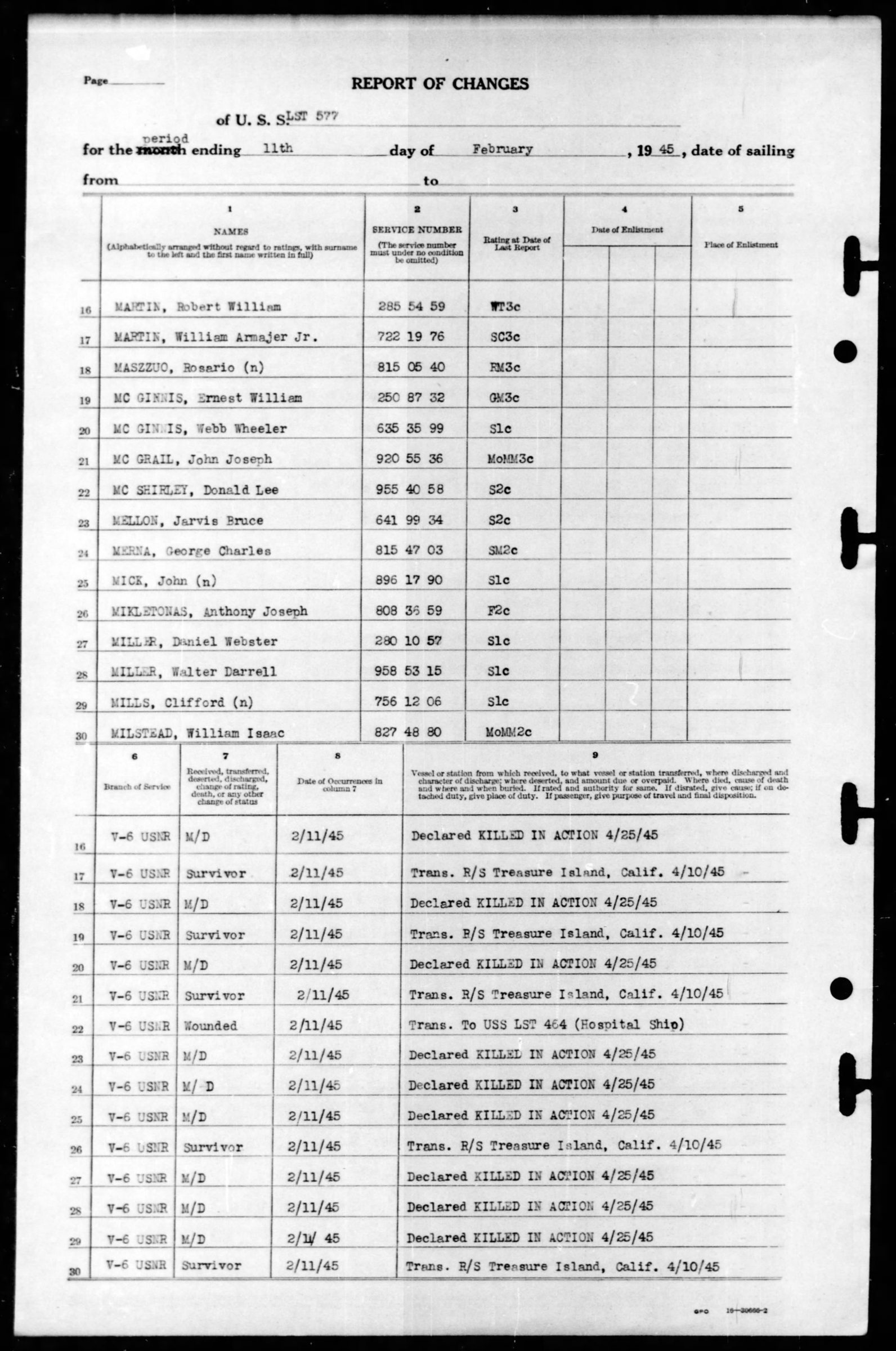