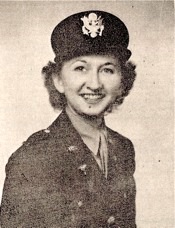 Jane Marcum Blevins. Age 22 years. Daughter of Mr. and Mrs. Isaac Newton Blevins. Her brother, Technician 5 Howard K. Blevins, was a German prisoner of war after being captured in Sicily July 11, 1943. He survived the war, but was killed in a trucking accident in 1956. She was also survived by four sisters.

Entered the Army as a nurse, February 8, 1944. She received her nurse’s training at Erlanger Hospital, Chattanooga, TN, graduating in May 1943. She had nursing duty at Oak Ridge, TN.

After training at Denver, CO, Amarillo, TX, and Brigham City, UT, she was sent to the China-India-Burma Theater in December 1944. She was killed in an airplane crash at Ledo, India, on March 4, 1945. She was one of 25 passenger aboard the airplane C-47 with serialnumber 41-18554.

She was initially buried in the American Military Cemetery at Kalaikunda, India. Her remains were later returned, and she was buried June 8, 1948, in the Somerset, KY, Cemetery, Lot 24, Section 37. 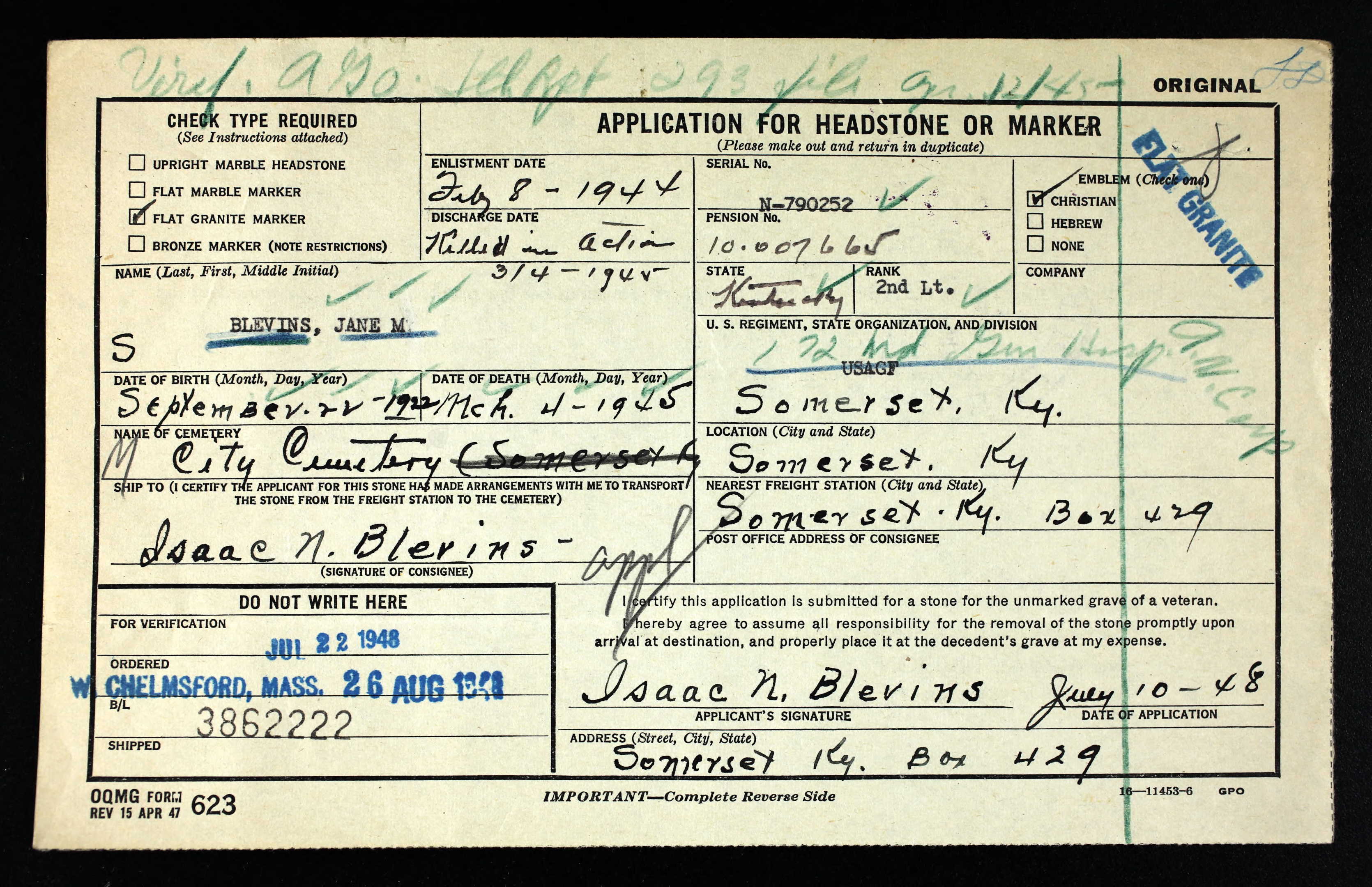 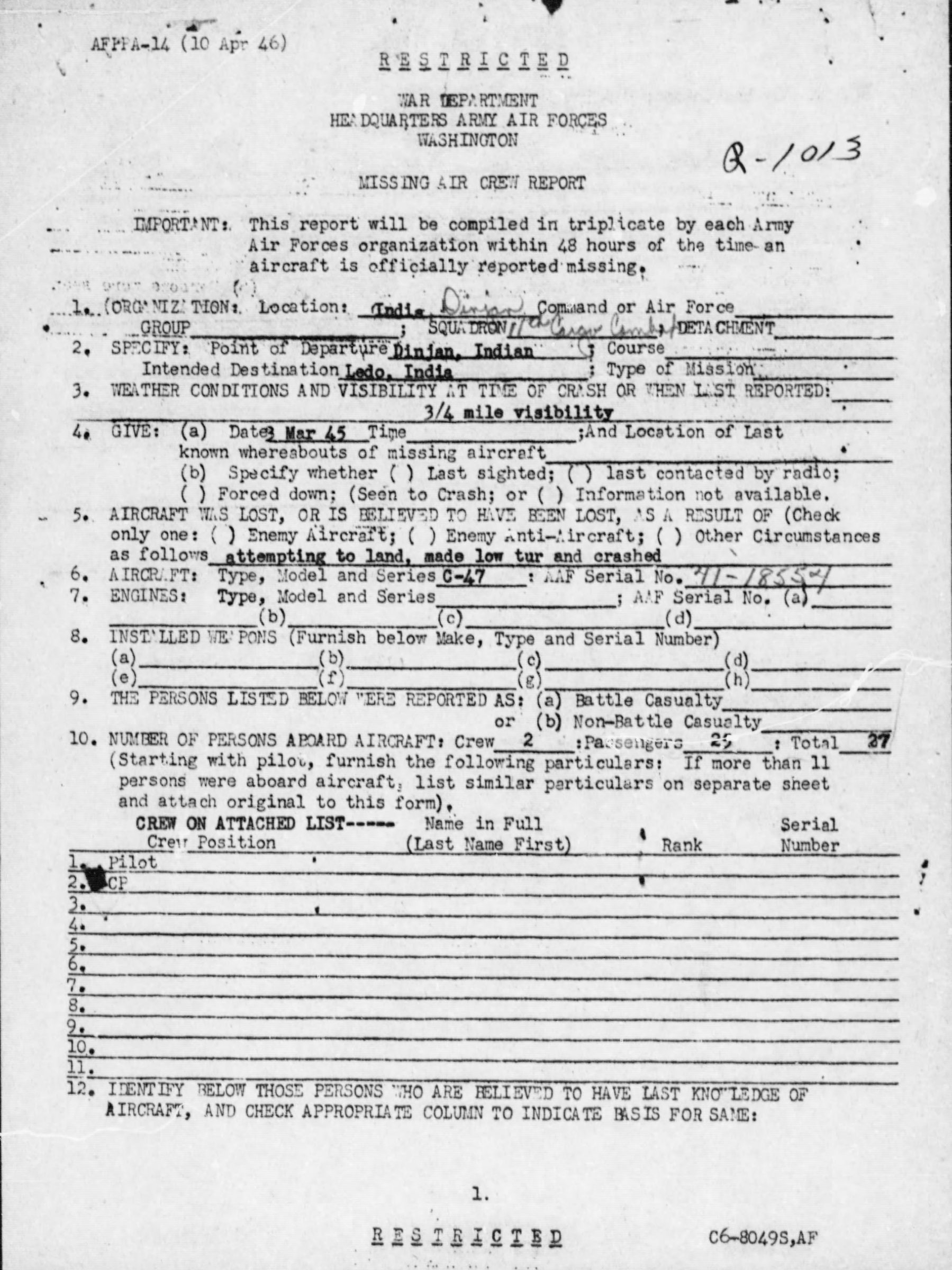 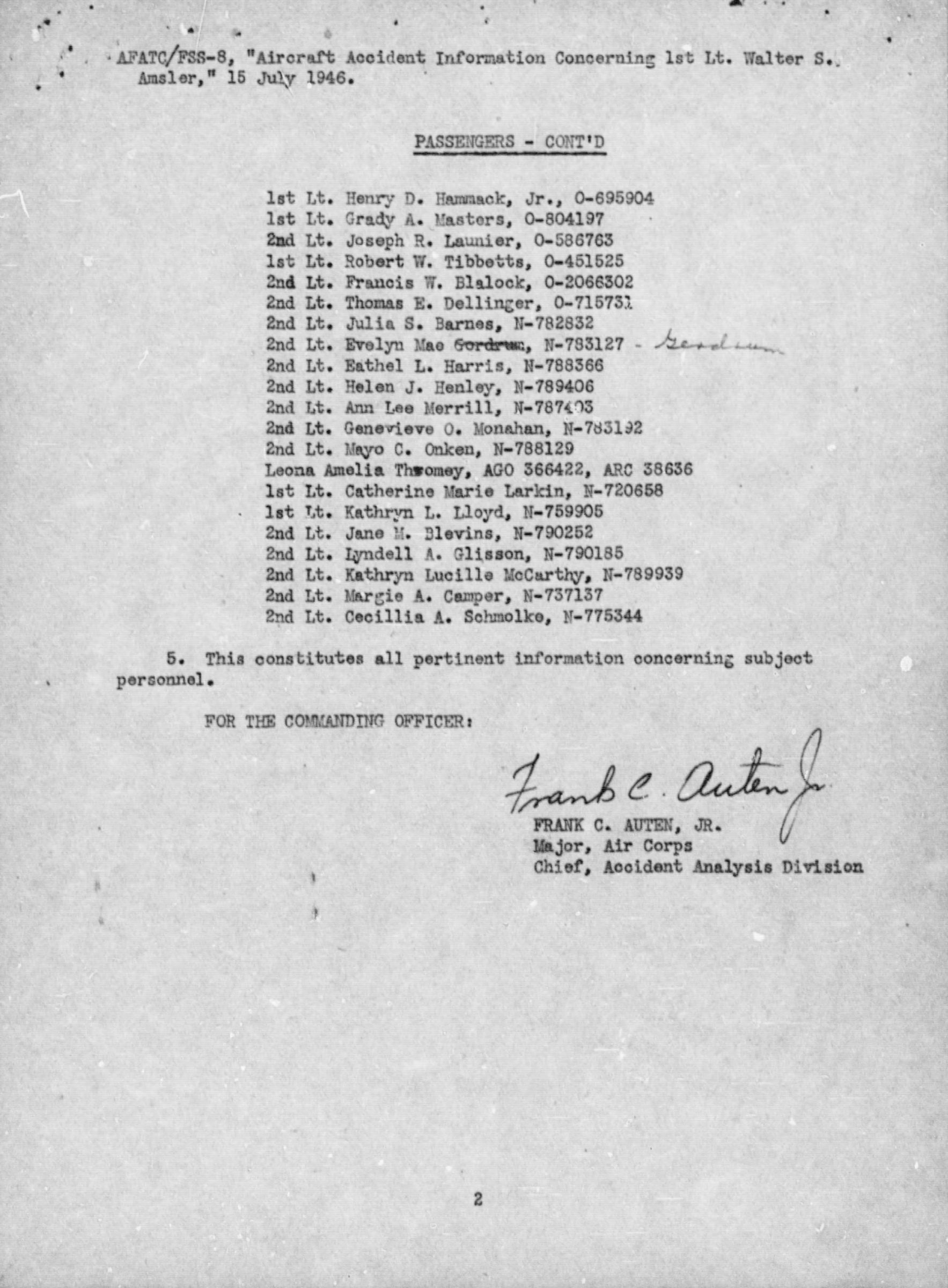 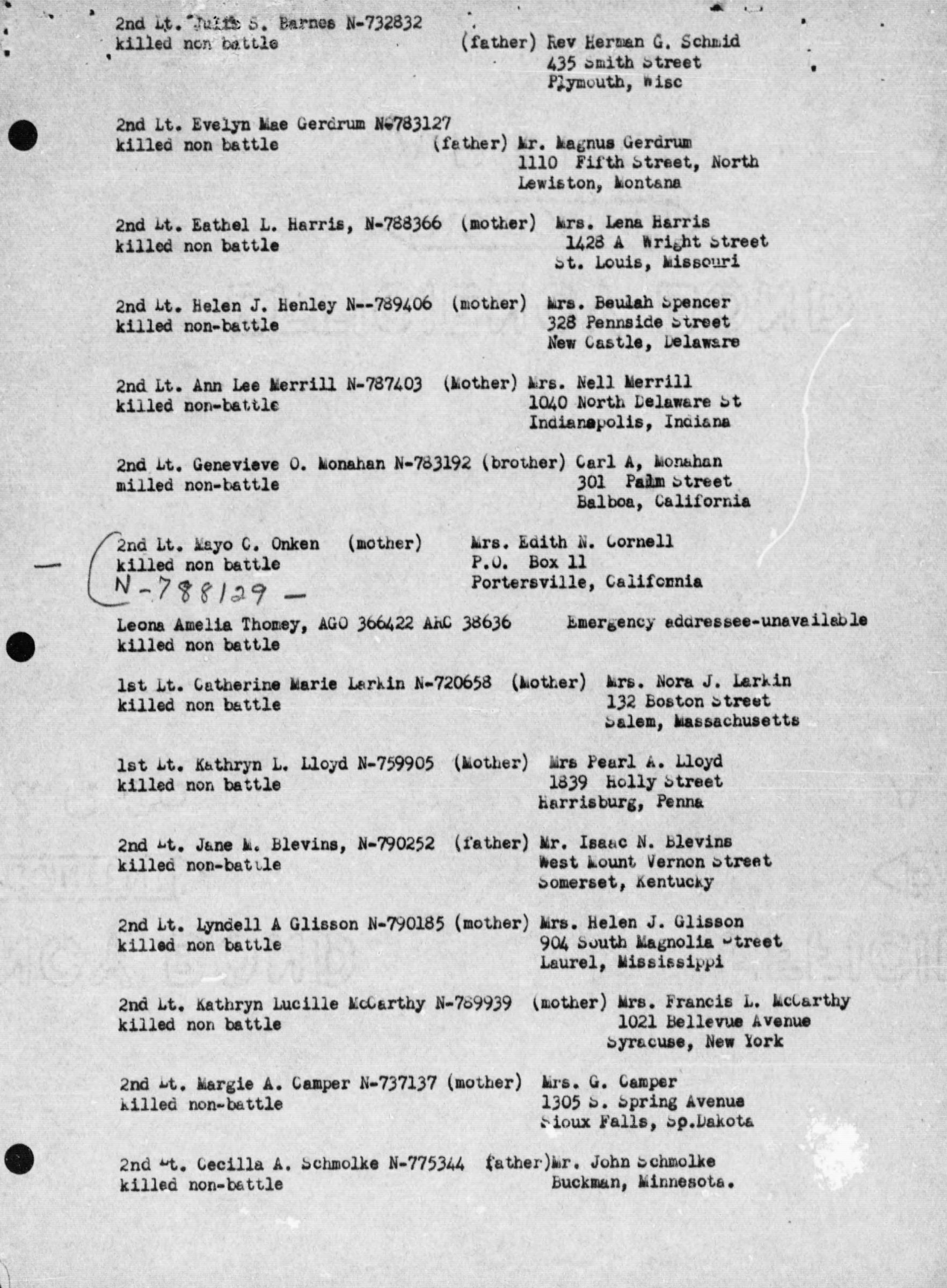 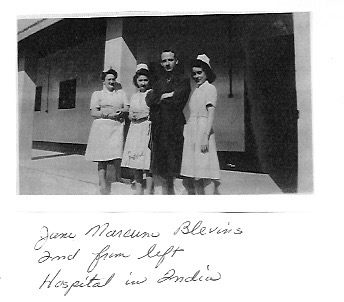 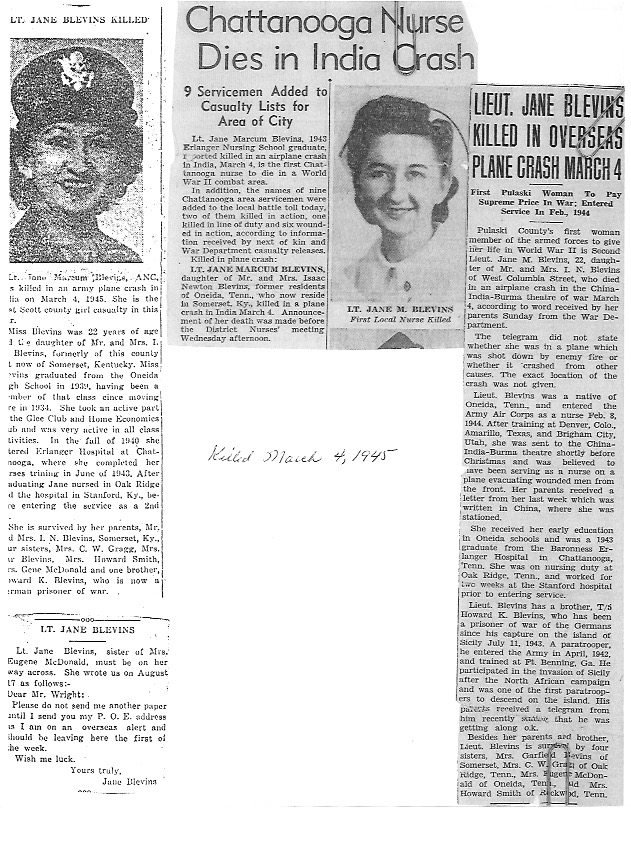 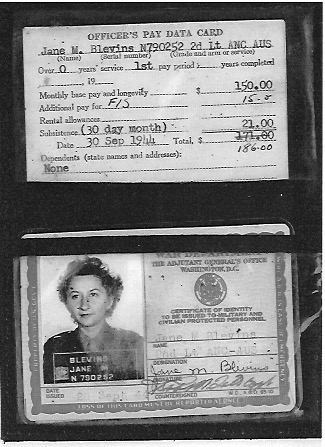