His brother William F. Repass died in 1943 in the South Pacific and is buried at the New Market Cemetery.

The Knoxville Journal, May 31, 1945
New Market, May 30 – J.W. Repass of New Market has been notified by the Navy Department that his son, Aviation Machinist’s Mate Second Class, James W. Repass Jr. is missing in action in the Pacific area. Young Repass was reported missing following a plane crash March 22. He has been in the Navy three and onehalf years and was captain of the plane which crashed. His brother, Sgt. William Fred Repass, kwas killed in a plane crash in the South Pacific area in August, 1943. 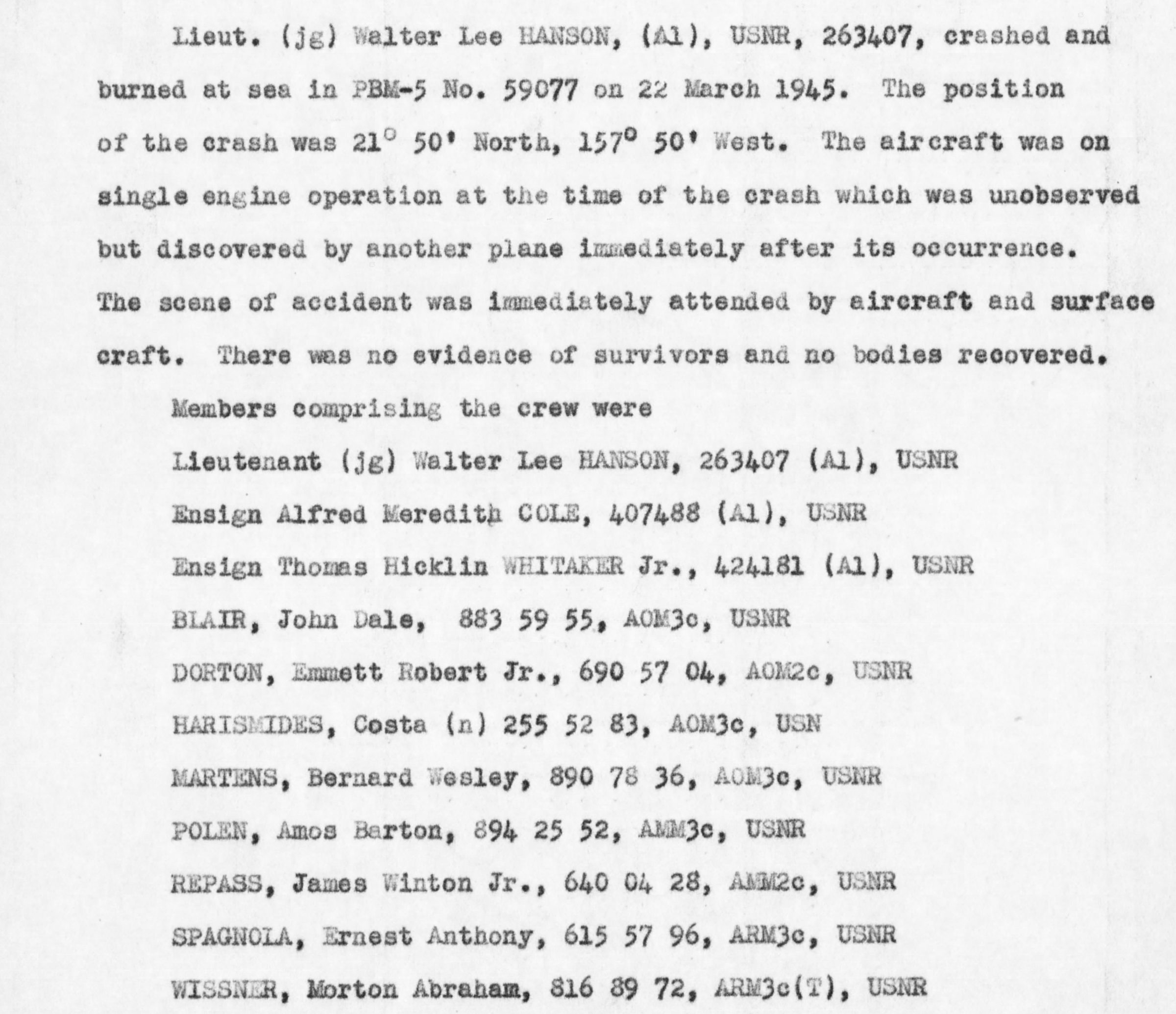 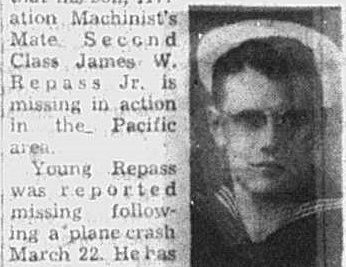