The Knoxville News-Sentinel, July 24, 1944
Mr. and Mrs. Walter J. Martin, 337 East Emerald Avenue, received word today that their son, Pvt. James W. Martin, reported last Friday as missing in action, was killed in France on June 6, 1944. Pvt. Martin was drafted into service last year, only a short while before he would have graduated from Knoxville High School. 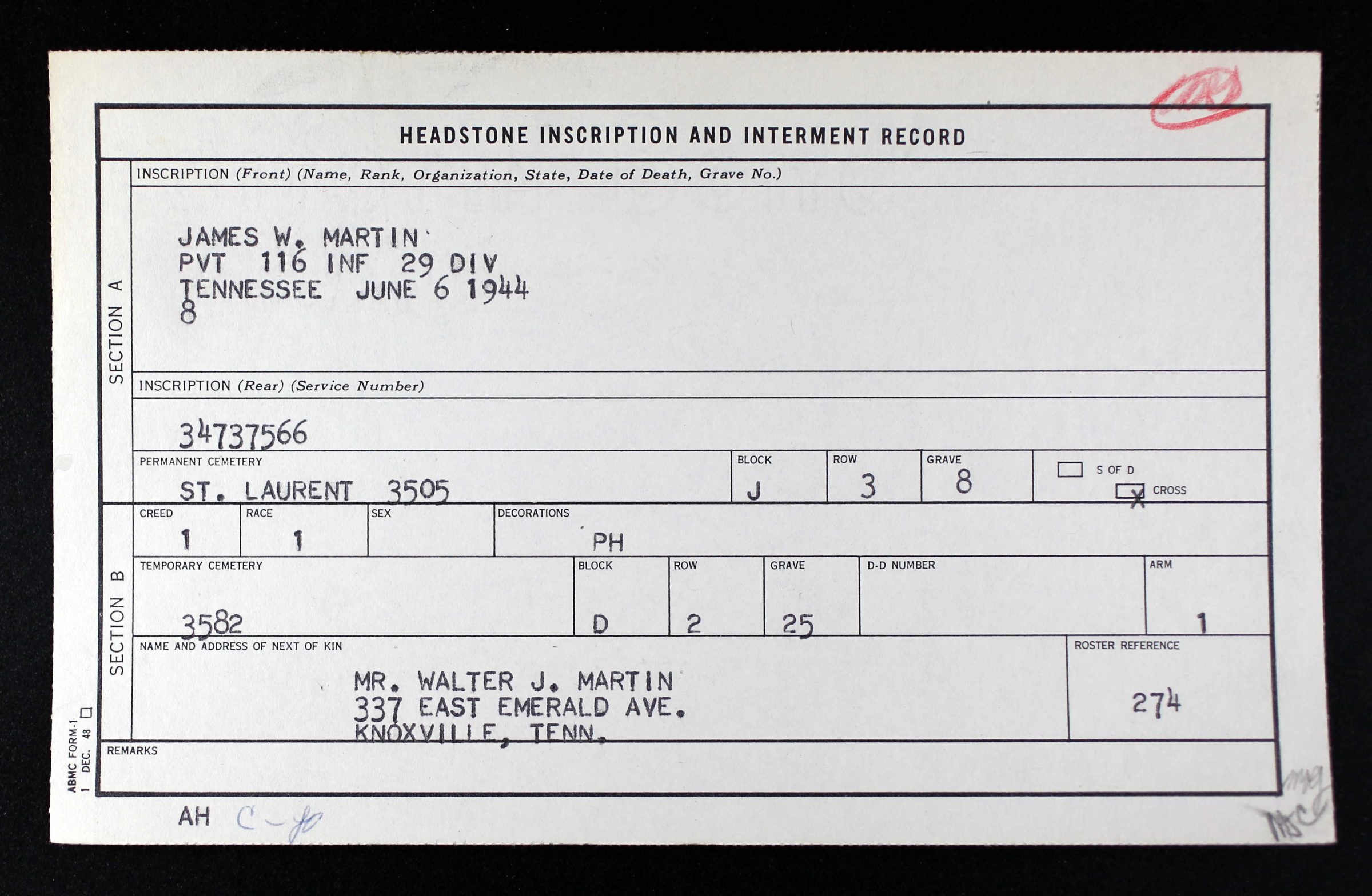 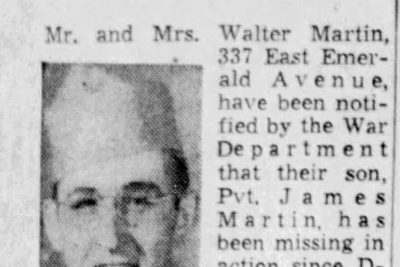 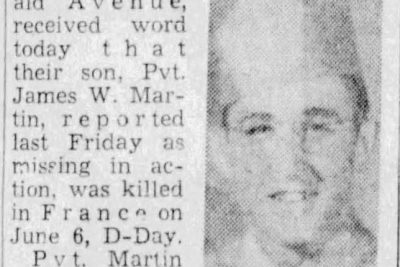