The Knoxville Journal, March 2, 1945
Memorial services will be held at Loveland Baptist Church for Pfc. James V. McDaniel, 29, son of Mr. and Mrs. R.U. McDaniel of Mitchell Springs, who was killed in action in France in August. Private McDaniel was first reported wounded in action and a later War Department message stated that he had died of his wounds. He entered the service Sept. 9, 1943, and took his basic training at Camp Wheeler, Ga. He went overseas in May, 1944, and was serving wtih the infantry when killed. In addition to his parents, he is survived by one sister, Miss Betty McDaniel; four brothers, Ralph, Billy, Earl and Junior McDaniel. Pfc. McDaniel was a member of Mitchell Springs Baptist Church. 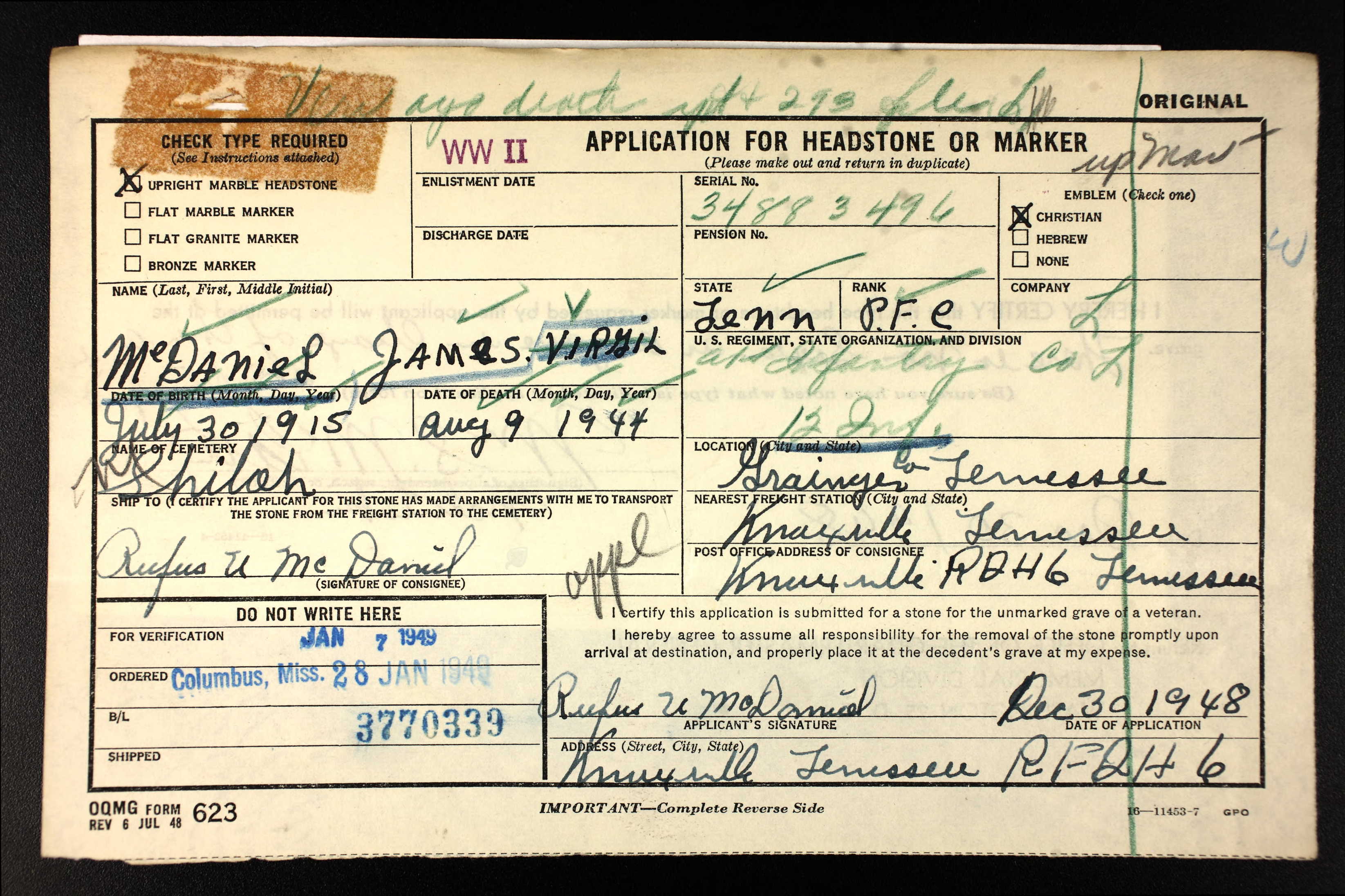 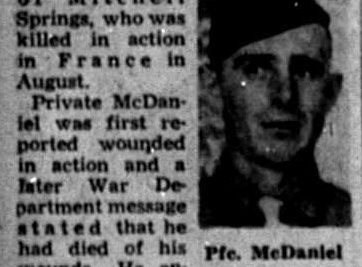 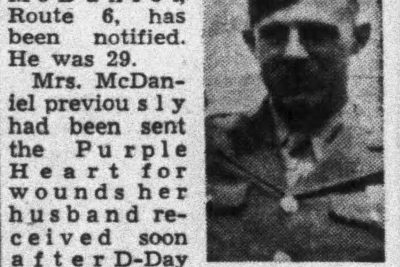