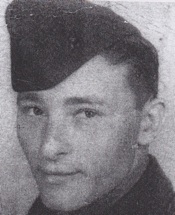 Private First Class James Thomas Smith of Lake City was born on April 4, 1924. He was the son of Thomas and Verlie Bratcher Smith. He served in the 7th Marines, 1st Division. He was killed in action on Peleliu Island on September 15, 1944. He was buried in Pine Hill Cemetery on November 30, 1947.

Navy Cross Citation:
“The President of the United States of America takes pride in presenting the Navy Cross Posthumously to Private First Class James T. Smith MCSN 851417, United States Marine Corps Reserve, for extraordinary heroism as Squad Leader serving with Company C, First Battalion, Seventh Marines, FIRST Marine Division, in action against enemy Japanese forces on Peleliu Island, Palau Group, on 15 September 1944. During a coordinated infantry-tank attack against a series of enemy pillboxes retarding the advance of our assault forces and inflicting heavy casualties on our troops, Private First Class Smith, on his own initiative, boldly charged forward in the face of the withering barrage and waged a single-handed battle against one of the emplacements. Drawing all immediate hostile fire to himself, he was steadfastly holding the position which he had seized when the enemy in surrounding pillboxes launched two successive counterattacks in a desperate attempt to regain the emplacement. Mortally wounded before assistance could reach him during this fierce action, Private First Class Smith, by his daring initiative, inspired his comrades to charge and seize all of the hostile pillboxes, thereby contributing essentially to the success of an extremely dangerous mission. His courageous devotion to duty throughout reflects the highest credit upon Private First Class Smith and the United States Naval Service. He gallantly gave his life for his country.”
–Commander in Chief, Pacific Forces Serial 096 February 1, 1945

Clinton Courier News, Oct. 28, 1948
Pfc. James T. Smith, USMCR, age 19, of Lake city was killed in action at Peleliu Island, Palau Group, on Sept. 15, 1944. He was posthumously awarded the navy cross with a citation by the President of the United States. He was a member of the Pine Hill Baptist Church, and graduated from Lake City High School. He is survived by his parents, Mr. and Mrs. Tom Smith of Lake City; four sisters, ruth, Barbara, Shirley and Majorie, all of Lake City; four brothers, Tom, Lee of Detroit; Paul Ray and Gary Lynn of Lake City. Burial was in Pine Hill Cemetery with American Legion Post no. 205 in charge. 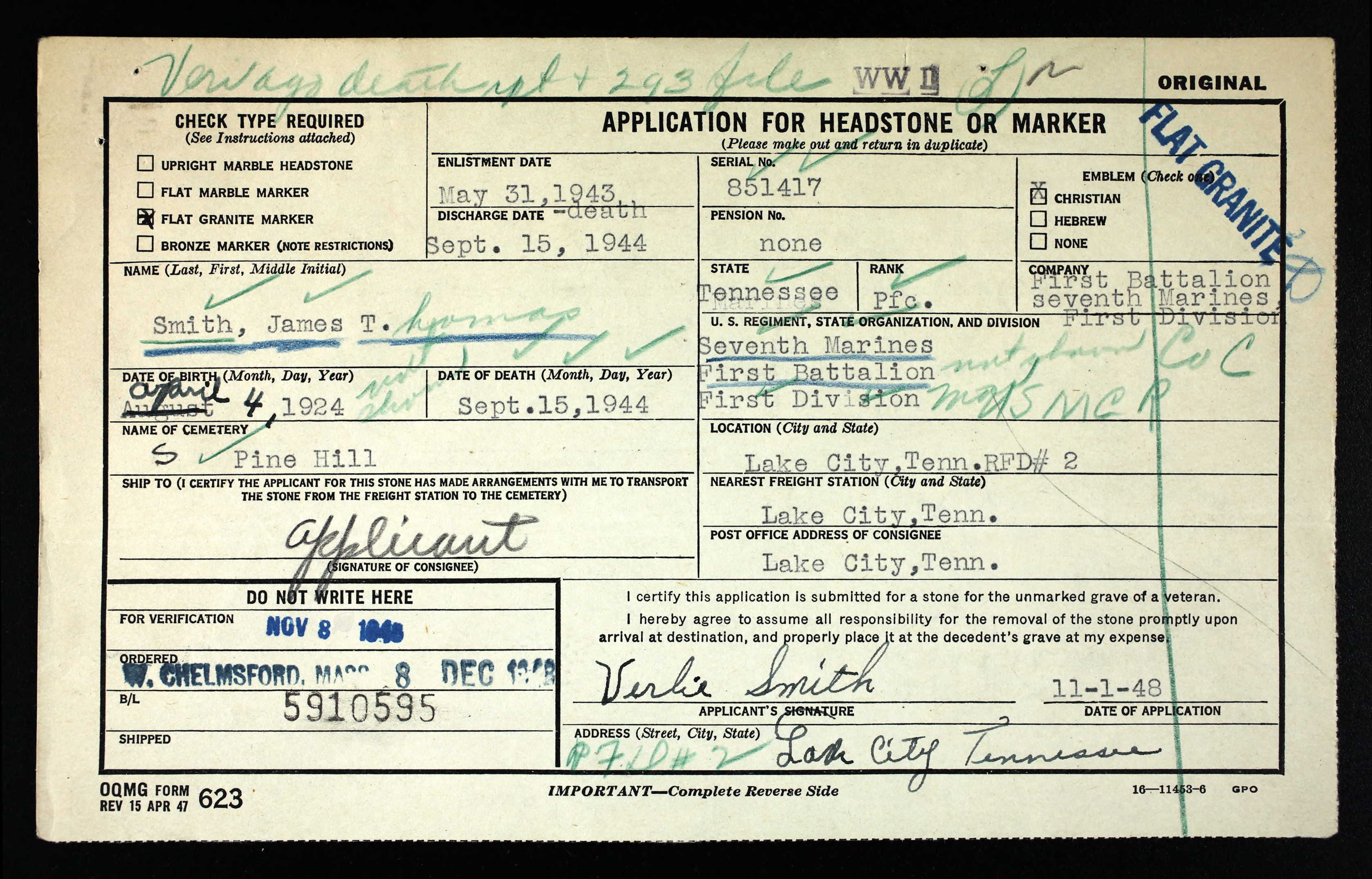 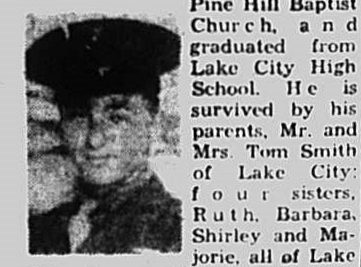 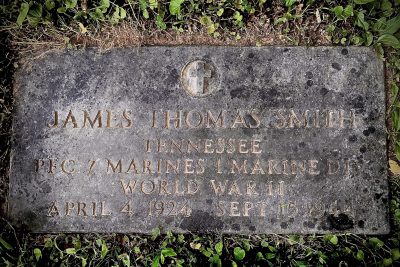