Operating with the carriers U.S.S. Enterprise, U.S.S. Hornet, and the battleship U.S.S. South Dakota, on October 26, 1942, the Smith was attacked by an enemy torpedo plane soon after the Hornet and U.S.S. Porter had been hit. The plane crashed and exploded on the Smith’s forecastle, but despite the fact that her forward topside was aflame and had to be abandoned, the ship held to her screening position and fought off additional attacking planes. Twenty-nine officers and men were killed and twenty-eight missing in the attack. The Smith received the Presidential Unit Citation for the participation in this action in the Battle of Santa Cruz.

James Shepherd was seriously wounded on 26 October 1942 and died of his injuries received in action with enemy forces. He was buried at sea. 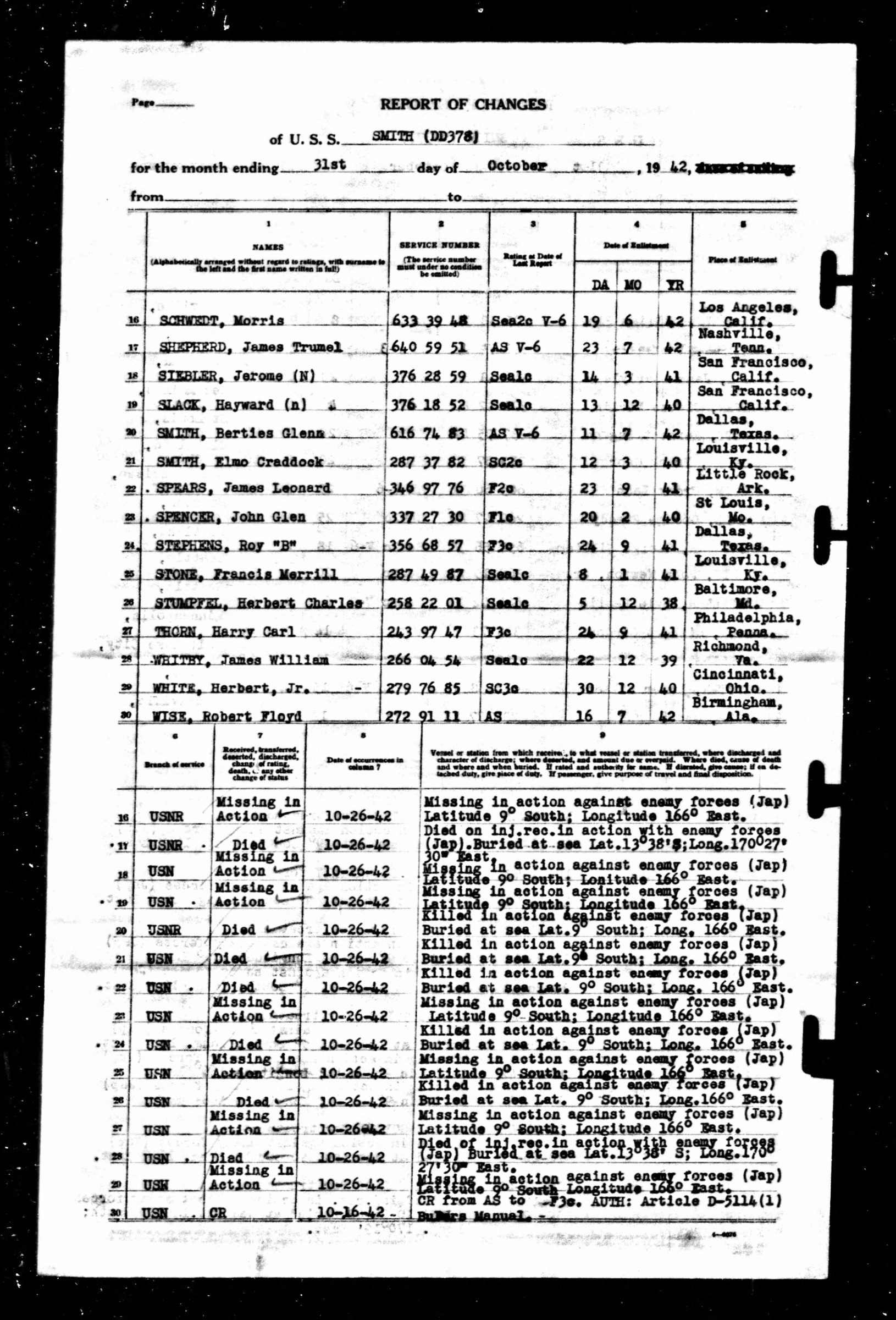 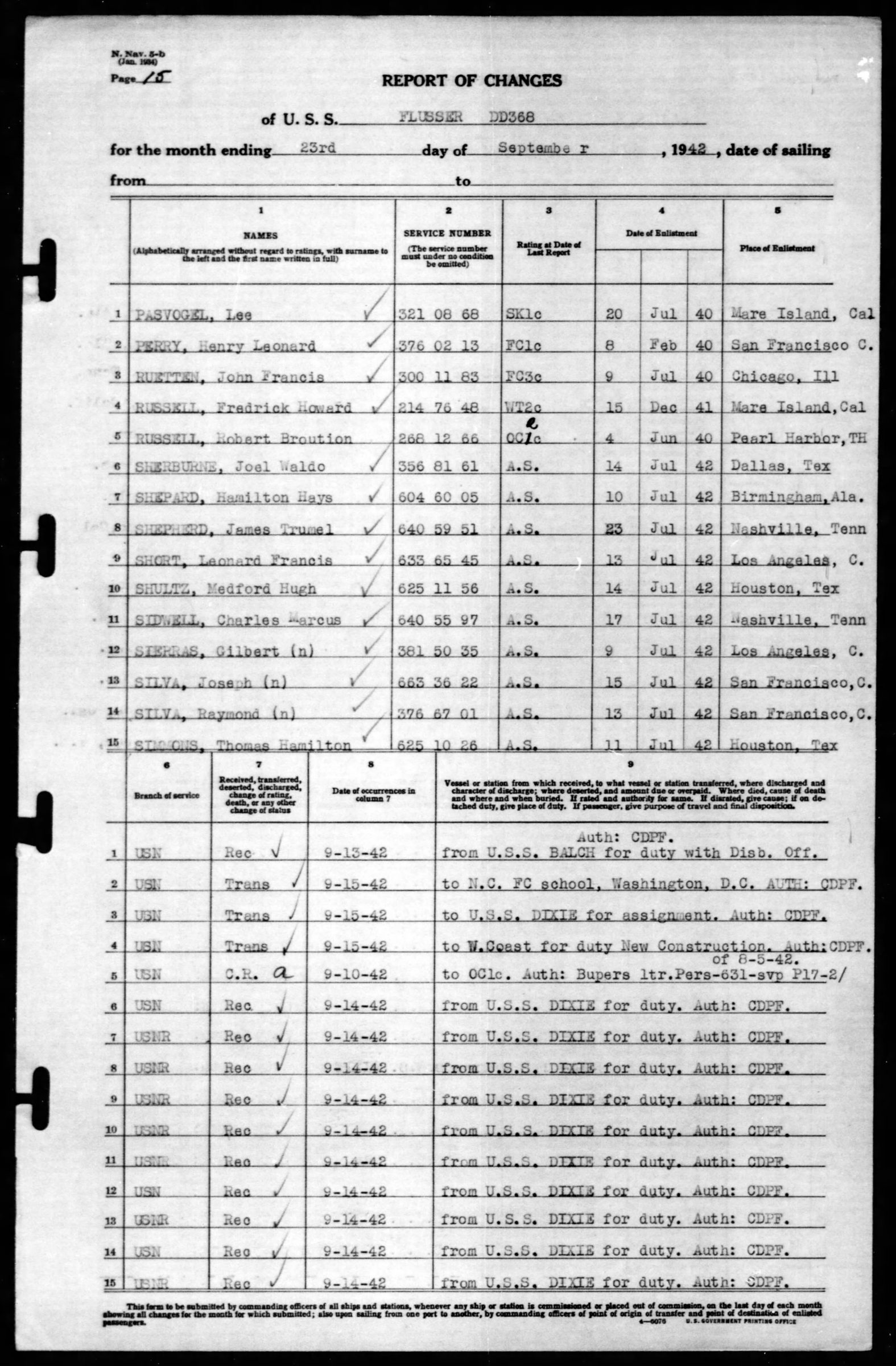 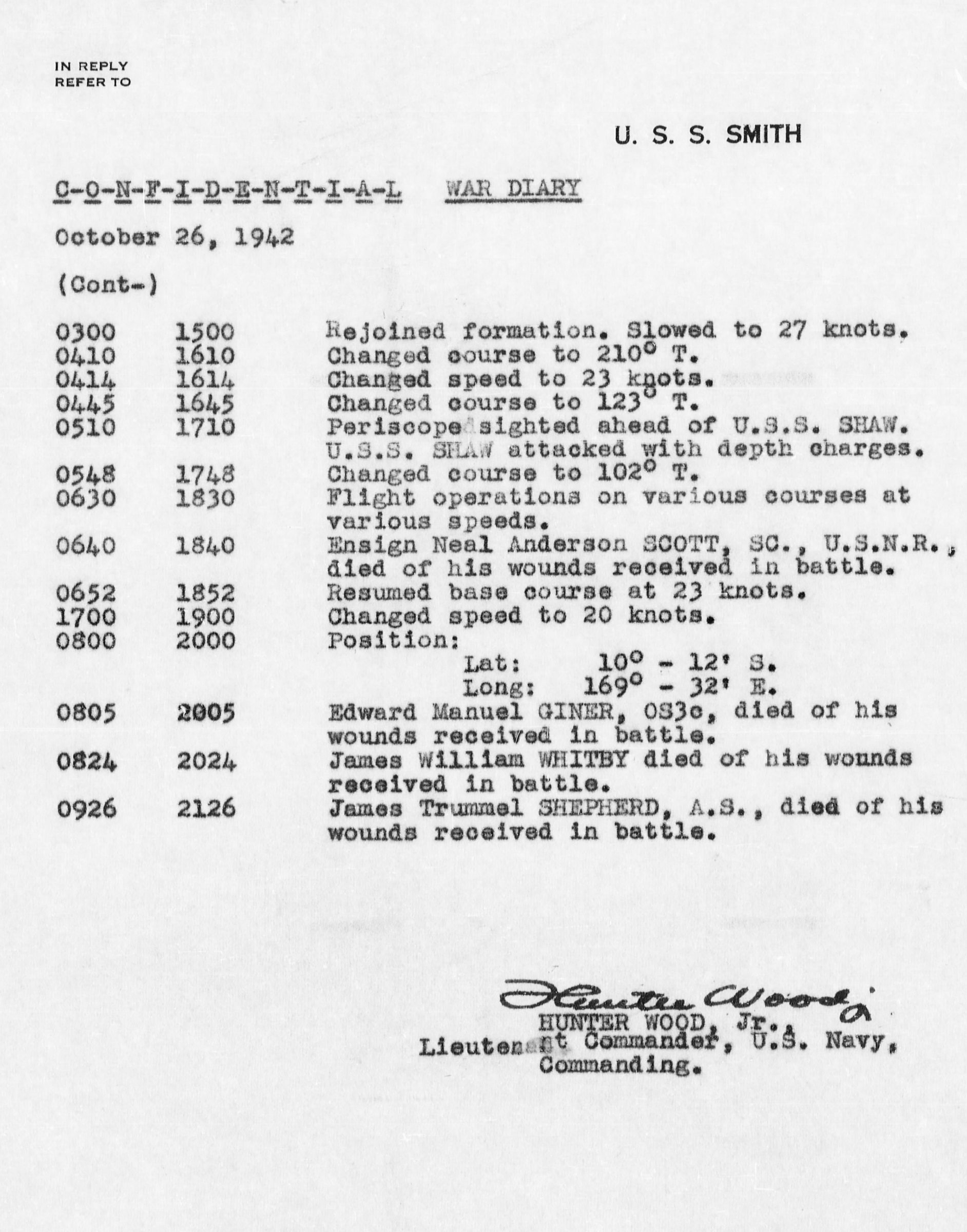