The following is an account of the attack on the Fanshaw Bay from the Navy Memorial.

“Bomb Attack Near Saipan
17 June 1944
In a melee of raids from all sides which included about 70 Japanese planes, Fanshaw Bay CVE-70 was struck by a bomb, after her antiaircraft guns and fighter planes had splashed many of the attackers. The bomb penetrated the after elevator and exploded in midair above the hanger deck, killing 14 and wounding 23. Fire broke out and the fire main was ruptured, flooding several compartments aft. In just under an hour, the damage was brought under control, but Fanshaw Bay listed 3 degrees to port and settled 6 feet by the stern. She transferred Rear Admiral Bogan to a destroyer, and sailed for Pearl Harbor and battle damage repairs.”

He was buried at sea and his name memorialized at the Tablets of the Missing Memorial in Honolulu, Hawaii and Douglas Cemetery No. 1, Oswego, Campbell County, Tennessee.
Parents: Mr. and Mrs. James Thomas Lynch Sr., Clairfield, TN 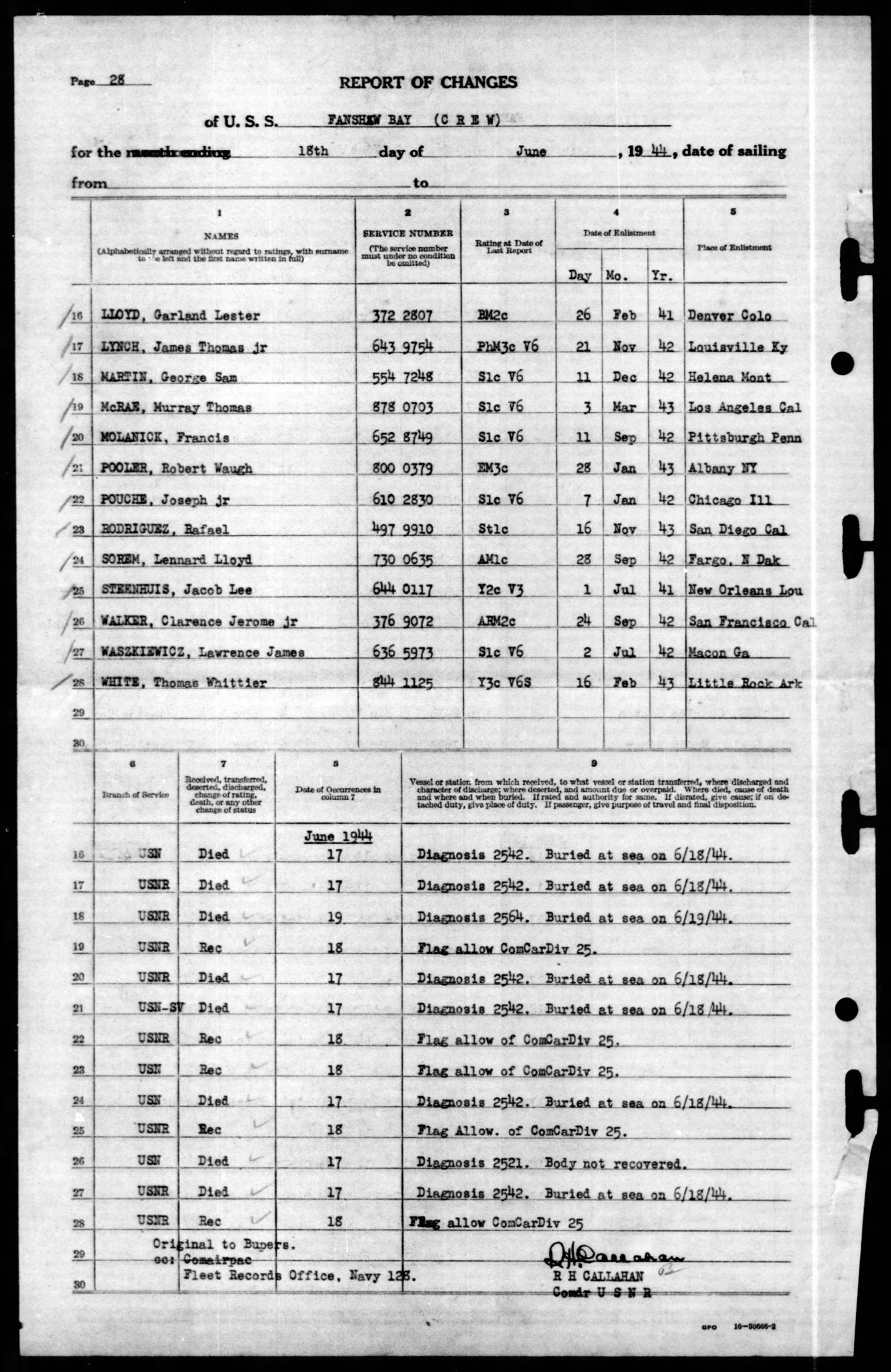