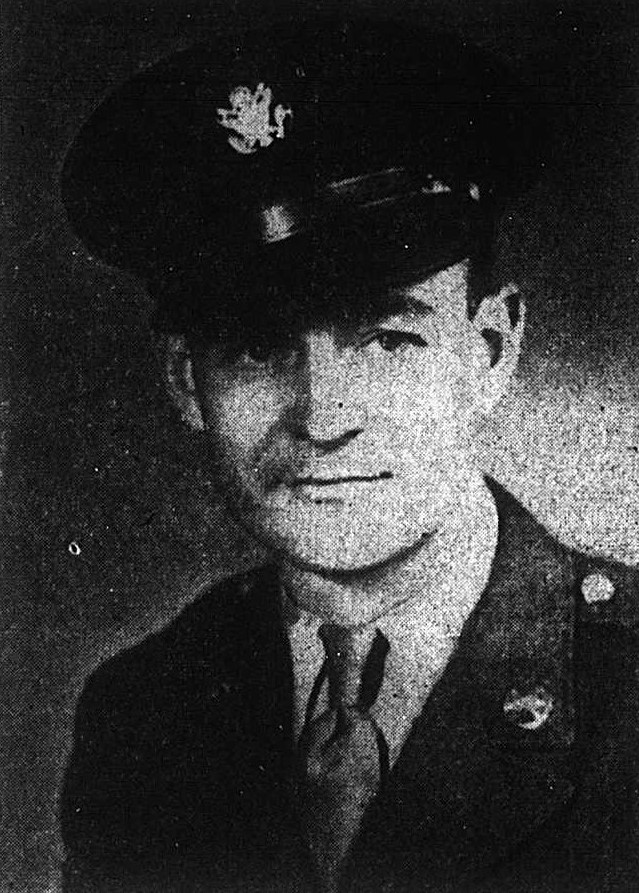 Born in Kentucky on December 22, 1913
Enlisted on December 1, 1942, in Fort Oglethorpe, GA
Son of Robert Austin Land and Nannie Cox

The Advance-Sentinel March 11, 1949
Funeral services for Sgt. James Thurman Land, son of Mrs. R.A. Land will be held at 2:00 P.M. Sunday, March 13th at the First Baptist Church of Jellico with the Rev. Frances Tallent officiating.
Sgt. Land was killled in action October 25, 1944 while serving with the 350th Infantry, Company B, 88th Division in Northern Italy. He receive the following medals: The Bronze Star – For examplary conduct in ground combat against the armed enemy on or about Octtober 14, 1944 in the Mediterrranean Theater of Operation: Purple Heart – For having made the Supreme Sacrifice in defense of his country; Good Conduct Medal; Combat Infantryman Badge; American Campaign Service Ribbon; European African Middle Eastern Campaign Service; Ribbon with two bronze service stars for battle participation in Rome, Arno and North Apennines Campaigns; World War II Victory Medal; Marksman Badge with Rifle Bar; Expert Badge with Auto Rifle Bar.
Sgt. Land became a member of the First Baptist Church of Jellico in 1926. He was graduated from Jellico High School in 1932. He attended Cumberland College. He taught school in Campbell County for two years and worked in Jellico stores several years. He moved to Knoxville in 1937, where he was employed by the A.P. Tea Company until he was inducted December 8, 1942. He was a member, Treasure, Head Usher, and Training Union Director in the Fort Sanders Baptist Church.
Besides his mother he is survived by one sister, Retha, two brothers, Herman and Lee of Jellico. 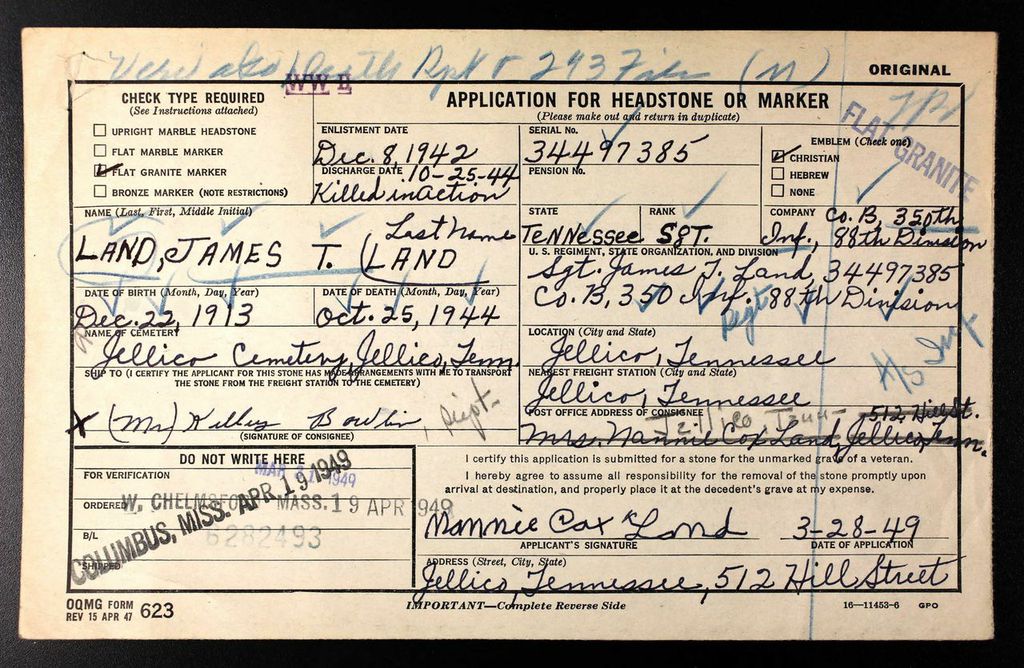