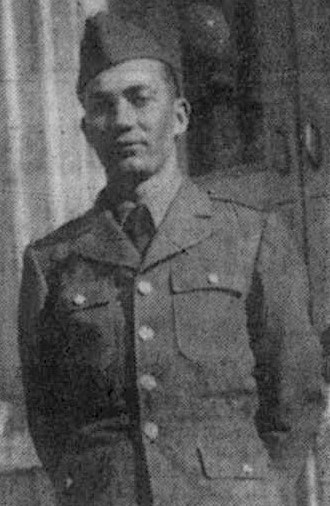 The Maryville Daily Times, September 22, 1944
Private James S. Todd, nephew of Mr. and Mrs. Joe Houser, of Maryville, died in a general hospital, somewhere in England, on July 4th. Pvt Todd was attached to the 331st Infantry and had been in service since Oct. 23, 1942.
Sgt Earl Ously in a recent letter to Mrs. Houser told of Todd’s death but the particulars in the letter had been cut out by the censor.
Pvt. Todd’s mother, Mrs. Letha Todd, recently received word from the War Department concerning her son’s death, Mrs. Presentative in 1940, declares besides his mother. Pvt Todd is survived by three sisters and one brother.

Clinton Courier News, Oct. 28, 1948
Pvt. James S. Todd, Clinton, Rt.4, who was killed in France on July 4, 1944, has been returned to the United States for burial at Sunset Cemetery Sunday. He is survived by his father, J.H. Todd of South Clinton; sisters, Kathaleen and Mary of Maryville, and Gene of Knoxville; brother, Harrison who is now serving in Japan. 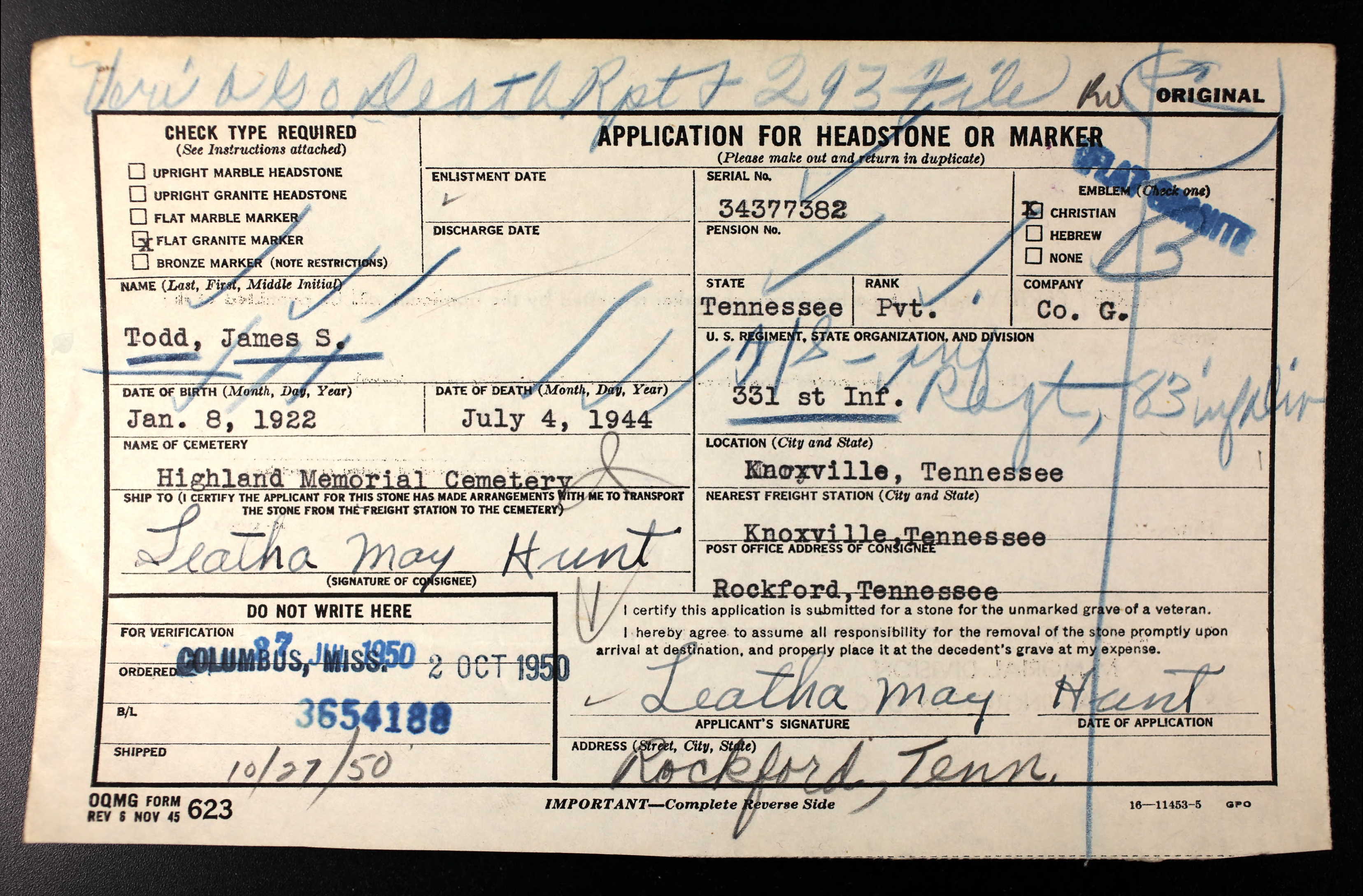 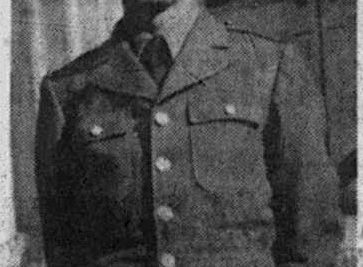 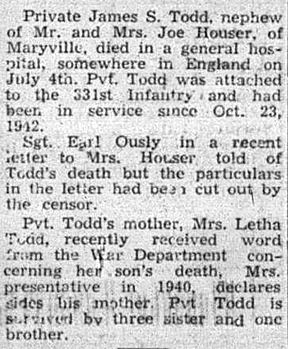 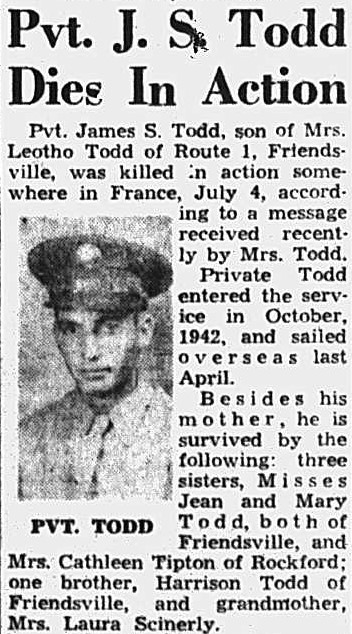 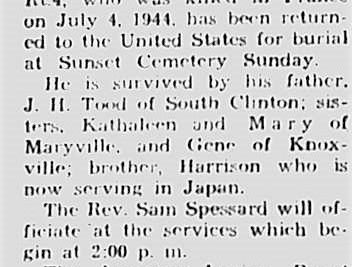