Sgt Wyatt was captured in the Southwest Pacific Theatre and was a Prisoner of War at Fukuoka POW Camp #1 – Kashii (Pine Tree Camp) Kyushu Island 33-130. He was liberated and was a passenger on aircraft B-24M with serial number 44-42052, nickname Liquidator. The aircraft was on a ferrying mission from Yontan AAF Base, Okinawa to Nielsen Field on the Philippine Islands. They were reported Missing in action on 10 September 1945. 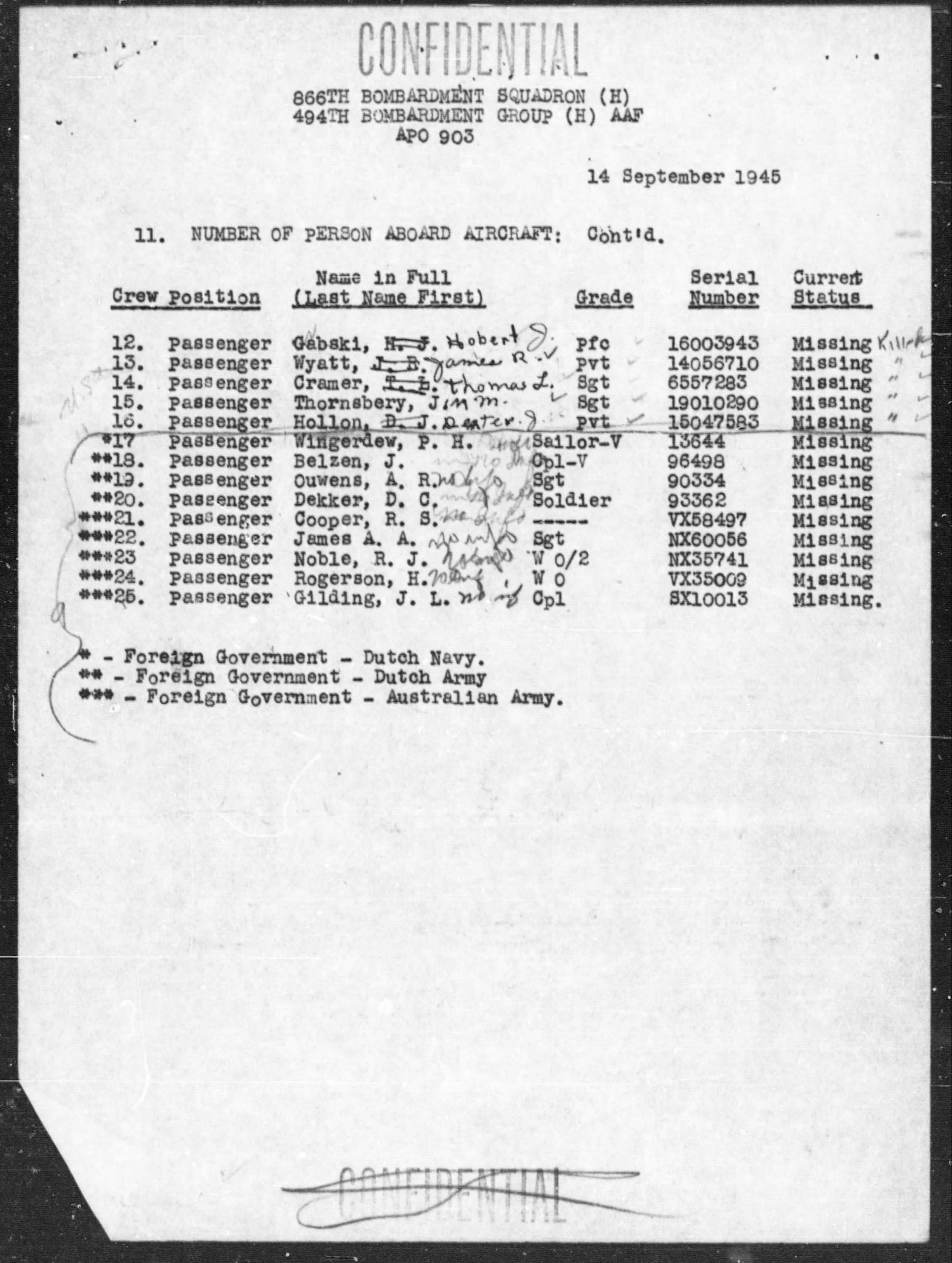 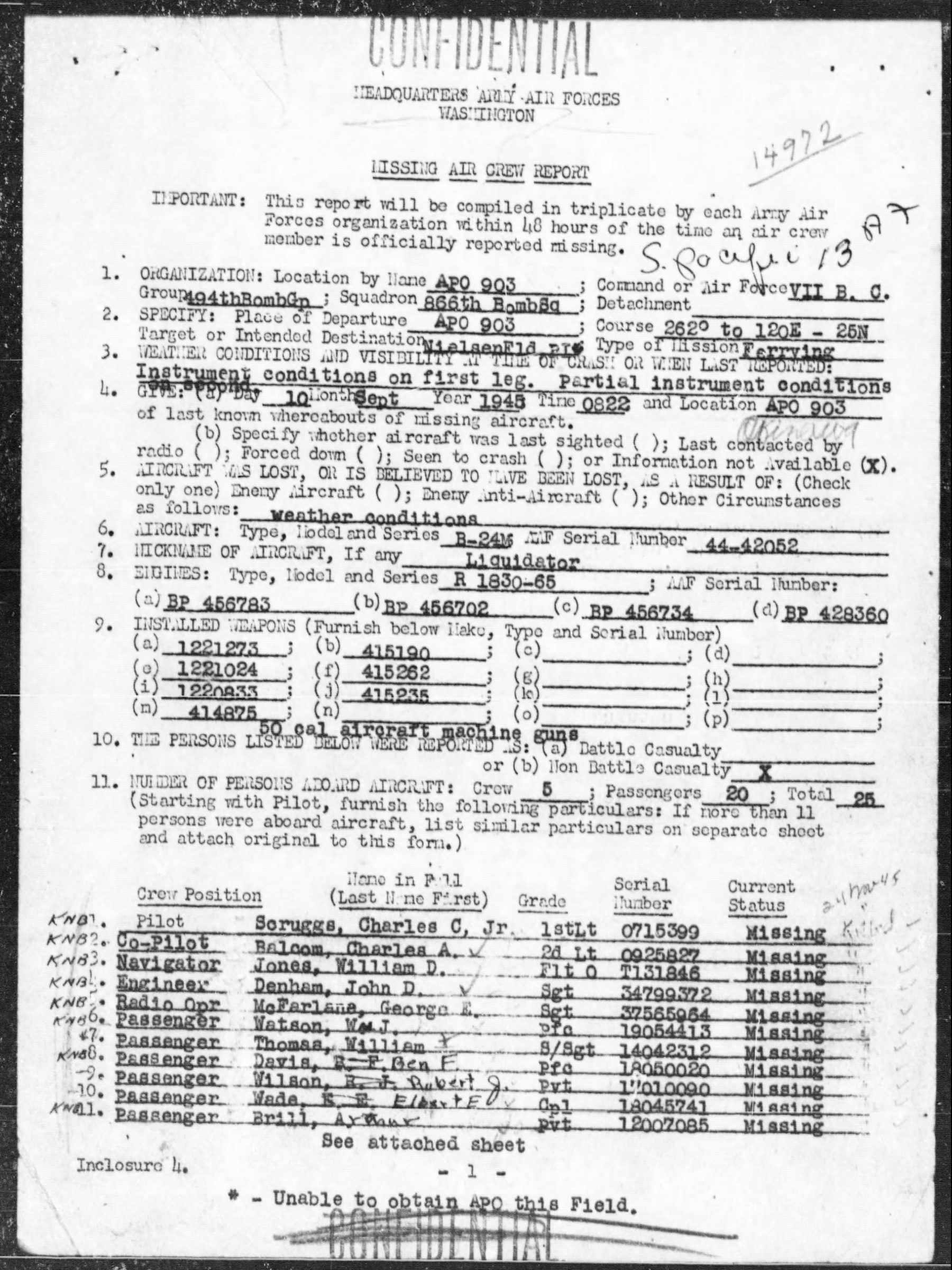 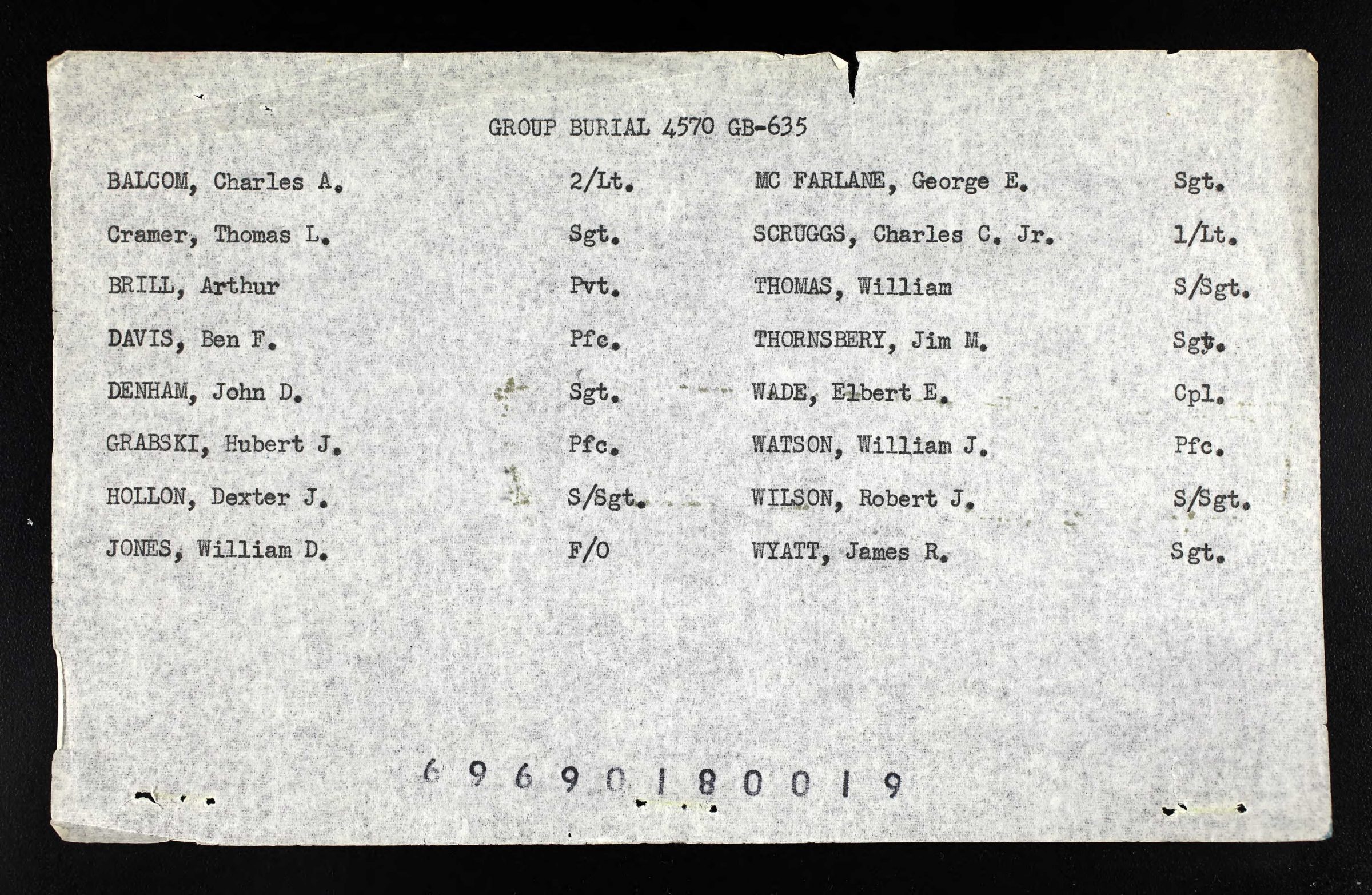 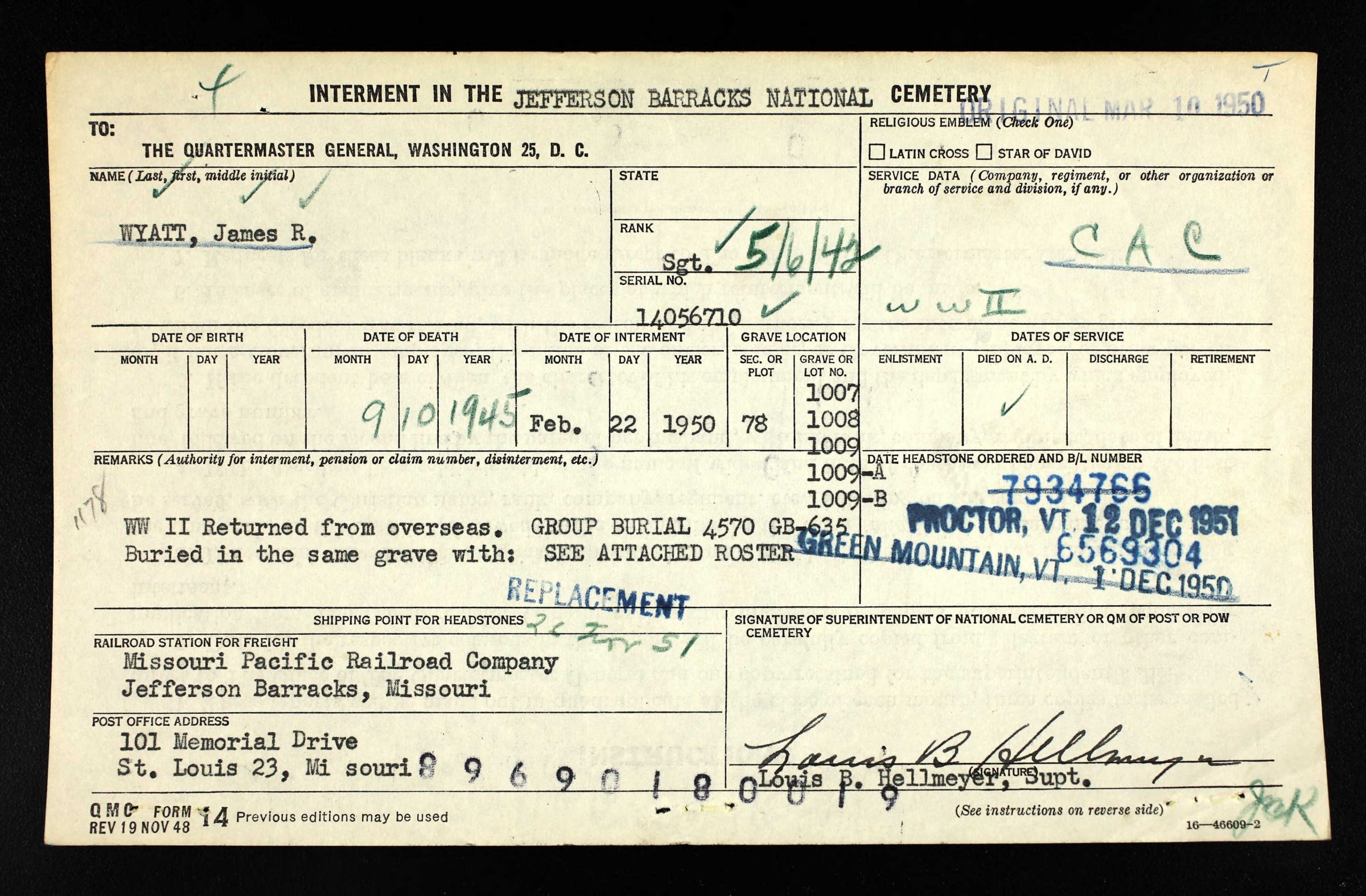