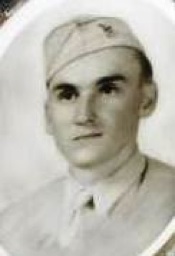 James Ralph Reagan attended grammar school and was a general farm hand in his hometown of Maynardville prior to entering the Army. He was never married. He entered the US Army on June 7, 1941 at Fort Oglethorpe, Georgia. After basic training he was assigned to the 15th Infantry Regiment, 3rd Infantry Division and was promoted to the rank of Corporal.

He was killed in action on October 26, 1944 near St. Dié, France. He was returned to his hometown and buried at Pleasant Hill Cemetery in Maynardville.

The Knoxville Journal, March 12, 1943
Pfc. James R. Reagan has returned to Fort Benning, Ga., after spending ten days with his parents, Mr. and Mrs. alton Reagan, Maynardville. Reagan was inducted into the Army June 6, 1941. He has a brother, Pvt. Carl Reagan, stationed at Camp Masey, Texas. 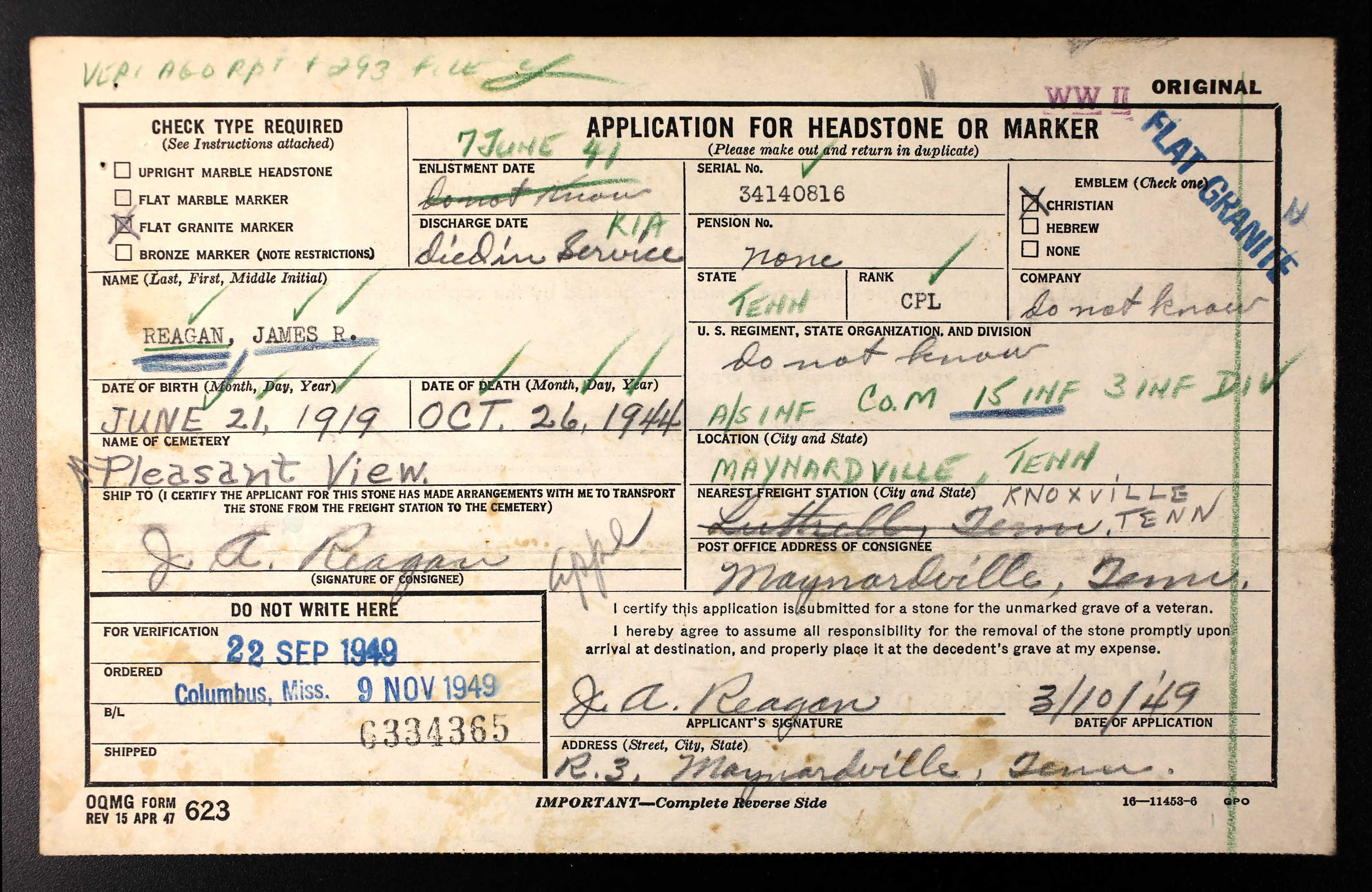 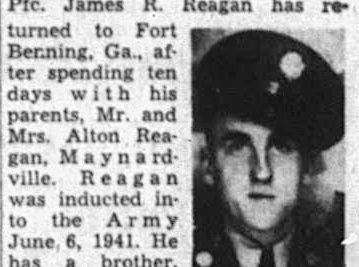