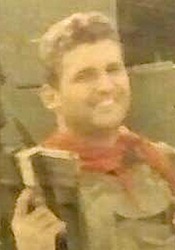 “The two Army Aviators killed on this mission were CPT Poole and WO1 Hix from the 1st Platoon of the 45th Med Company in Long Binh. They were flying 1st up on Feb 5 when they received a night hoist mission in support of the ARVN in the vicinity of Xuan Loc. The Crew Chief was SP4 James McNish who had named it ‘The Red Barron’ and decorated with appropriate decals and paint. Gary Johnson was the medic, and there was not a better maintained ship or a more efficient crew in the whole company. I was not on the investigation team which recovered the bodies, but was informed by our S-3 that the aircraft was apparently hit by a B-40 RPG and exploded while at a high hover while attempting extracting personnel with their hoist. The aircraft and crew were torn to pieces and scattered over a large area. It was difficult to identify which pieces went with which corpse. Positive ID’s were able to be made from dental records. The crew had made two previous attempts to execute the extraction, but were driven off by ground fire. The next day a small clearing, large enough for a pick-up zone was discovered about 150 yards away from the wreckage site. John Temperelli was the XO and did the investigation. He told me that DUSTOFF 13 had been driven off from making that pick-up twice by small arms fire prior to being blown out of the sky with a B-40 RPG.” – Dwight McCain

“Ronnie and his father Speedy McNish toured the United States with county fairs. They had a daredevil show called The Wall of Death. They drove motorcycles inside a dome-shaped wood barrel. It was an exciting show to watch. They rode their motorcycles around the wall of the barrel. I first saw Ronnie and his father when I was 13 years old. I never forgot him or his Dad. Every year I would go to the fair to see them. I miss him very much and that beautiful smile. I was able to contact Ronnie and wrote to him in Vietnam. He is still in my heart always.” – Frances Elaine Spaetti 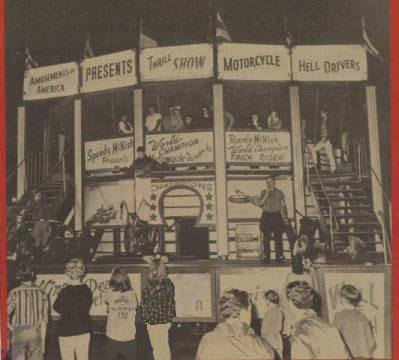 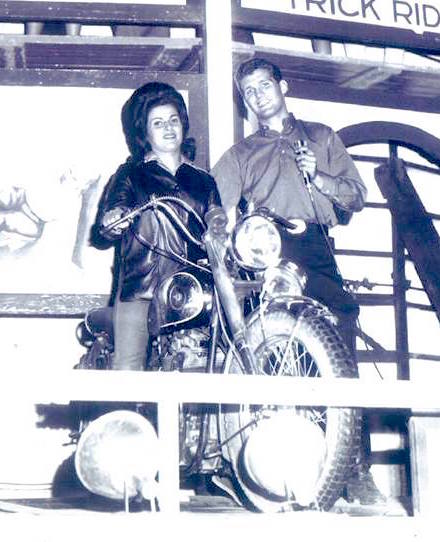 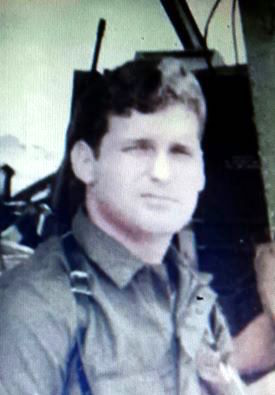 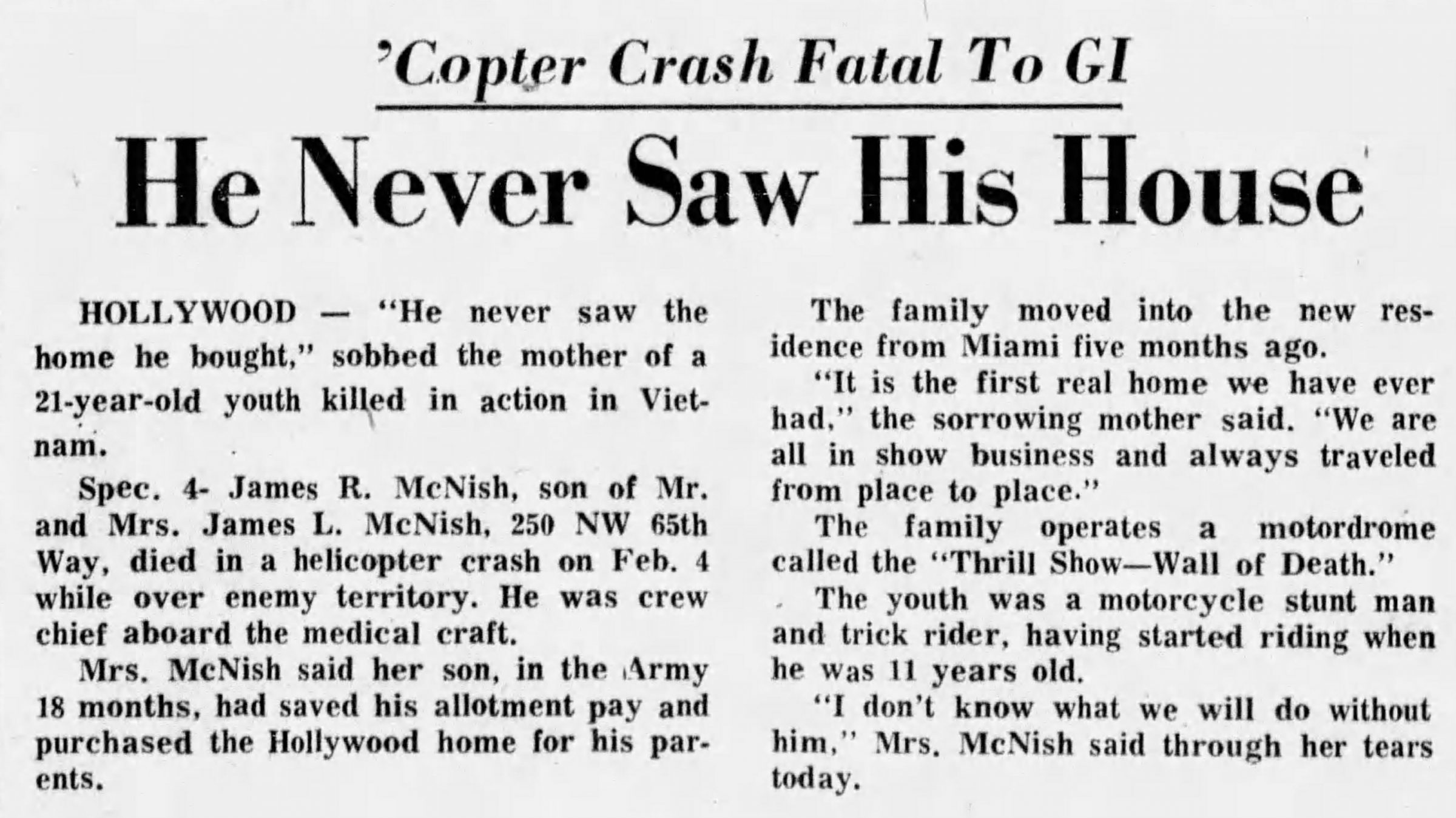