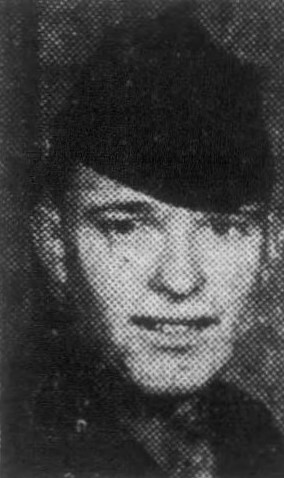 Corporal James Robert McNeilly was born in Greenback, Tennessee, on June 29, 1931. He was a member of Company H, 3rd Battalion, 1st Marines, 1st Marine Division. He was Killed in Action while fighting the enemy in the Punch Bowl Area of Korea during Operation Piledriver on June 7, 1951. His death is listed as a hostile casualty caused by an explosive device.

The Knoxville Journal, 3 August 1951
An artillery Shell bursting in the trees under which he was taking cover cost the life of Cpl. James R. (Jimmy) McNeilly, young Marine reservist from Friendsville, the lone survivor in his squad has written from the Korean Battlefront. Word was received by the parents, Mr. and Mrs. Bob McNeilly of Greenback. They had been officially notified of their son’s death last June, but learned only through the buddy’s letter that death was received from an artillery tree burst. Jimmy was graduated from Friendsville High School in 1949. He was called back to active duty in October, 1950, after one year in the service. He has two brothers, Jackie, 18, and Johnnie Max, 11, and a sister, Dorothy Jean, 15. He was engaged to be married to Miss Barbara Hunt, also a graduate of Friendsville High School. 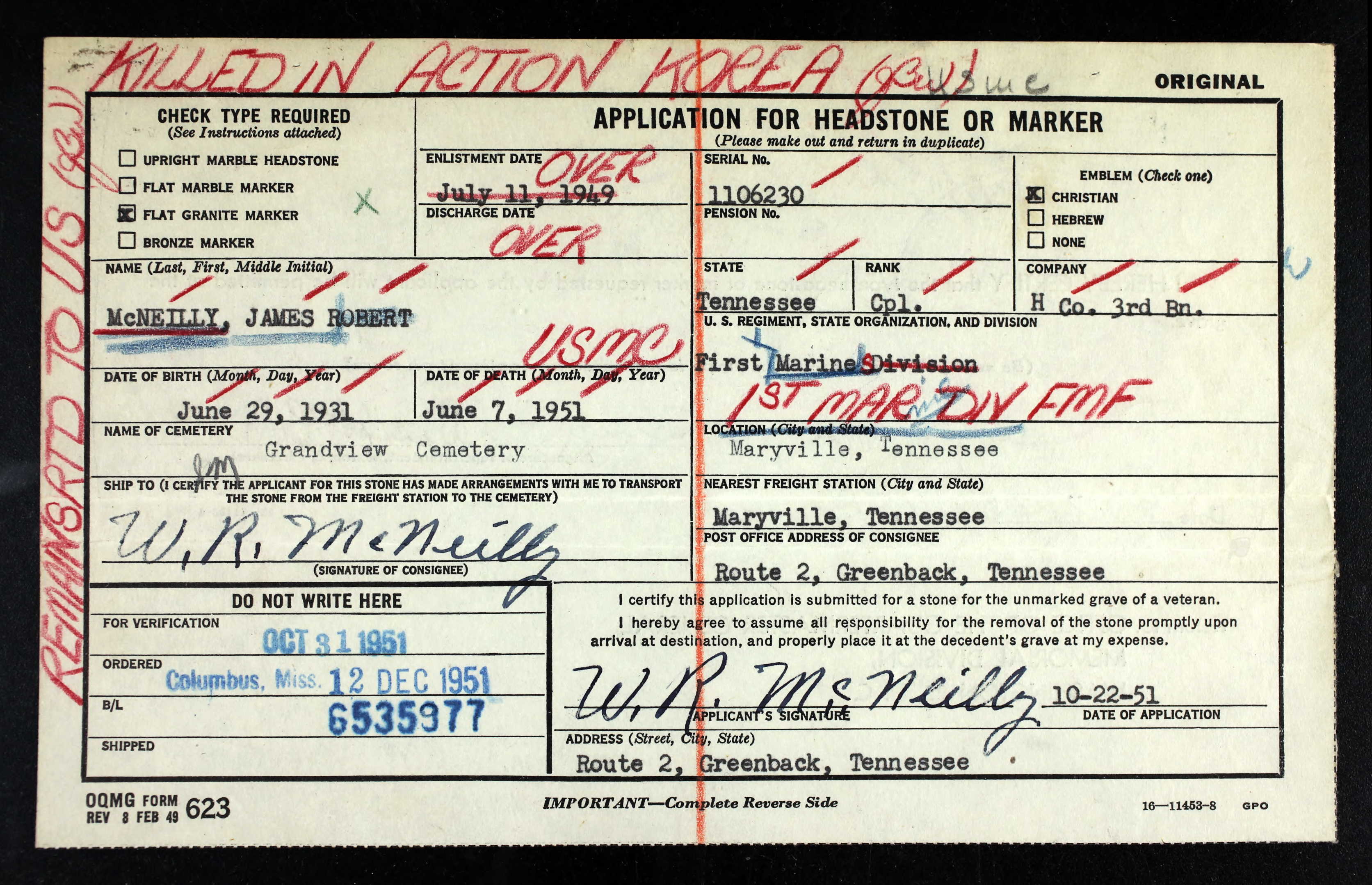 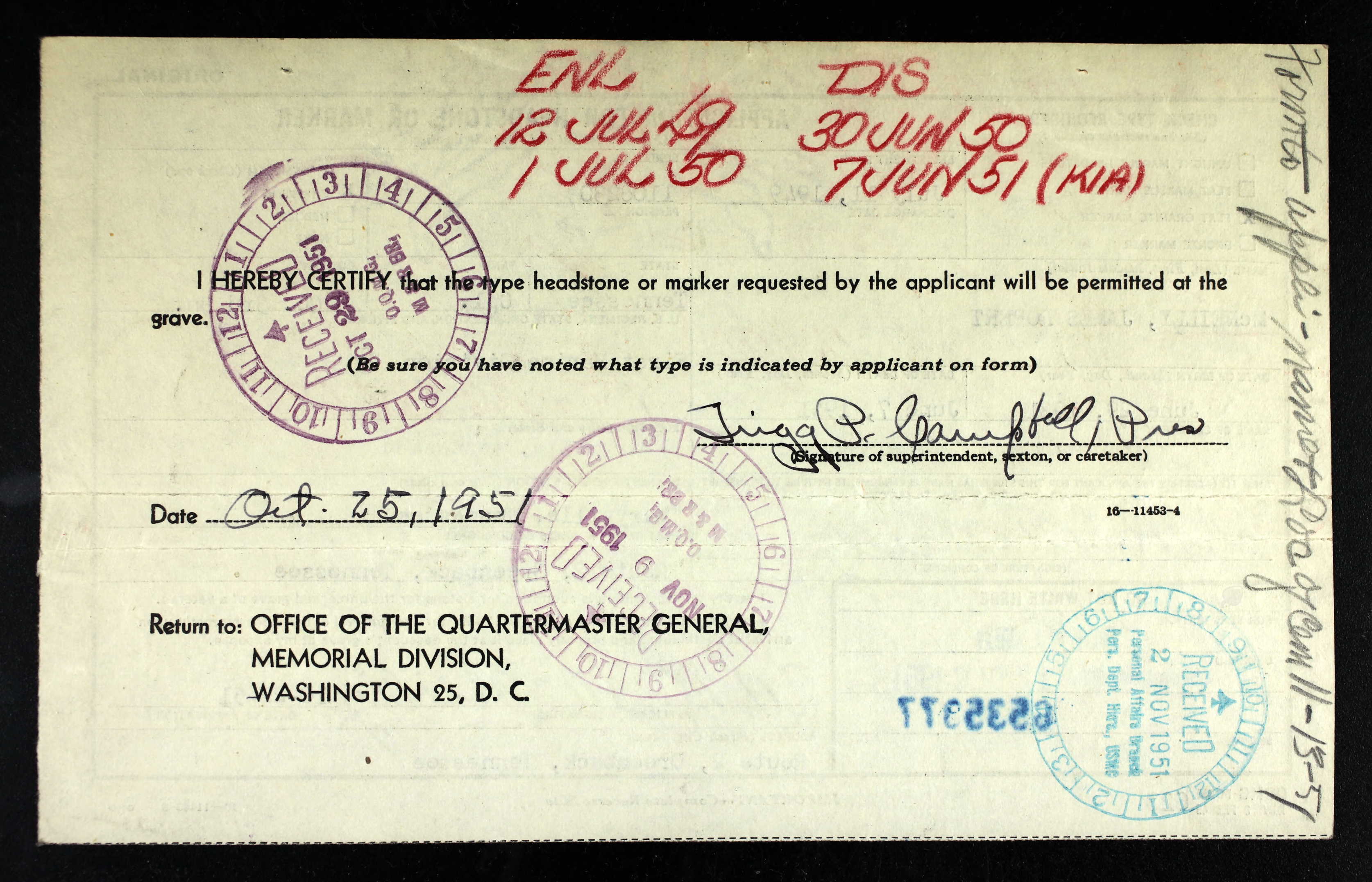 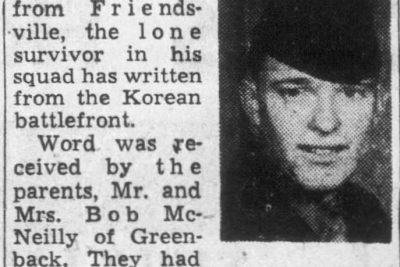 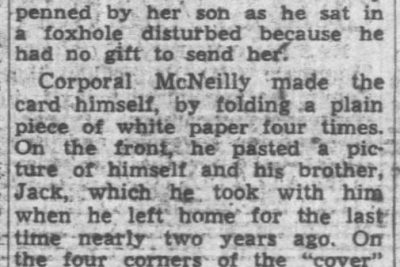 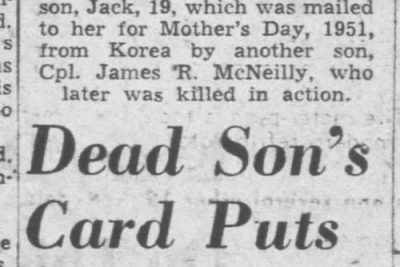