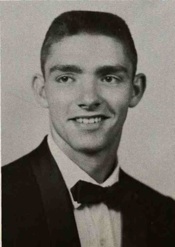 On 28 Feb 1966 Fox and Golf Companies, 2nd Bn, 1st Marines, were conducting a search and destroy operation on the Phu Thu Peninsula in Thua Thien Province. Fox 2/1 encountered a “heavy contact” which developed into a bitter fight with elements of a VC Main Force battalion. Fox 2/1 had 14 men killed in action before Golf 2/1 flanked the enemy from one direction and an ARVN battalion from another, forcing the VC to scatter and attempt a retreat. Golf 2/1 lost another Marine, PFC James R. McLemore, in the operation.