James Robert London was the son of James R. London and Nettie F. London of Chattanooga. He had a sister, Mary London and a brother, William J. London.

Seaman Second Class James Robert London was assigned aboard the USS Preston and was killed in the Second Naval Battle of Guadalcanal on November 14, 1942.

The USS Preston DD-379 was a Mahan-class destroyer in the United States Navy during World War II and was involved in the Battle of Santa Cruz Islands, the Battle of Guadalcanal, and many other operatives in that particular area. She was assigned to a task force surrounding the Washington and South Dakota battleships, and was sent into Iron Bottom Sound in November 1942. The destroyer task force engaged a large force of Japanese ships just south of Savo Island. Although the encounter was brief, it caused fatal damage to the USS Preston. She quickly sank, losing 117 crew members including Seaman Second Class London whose body was never recovered. 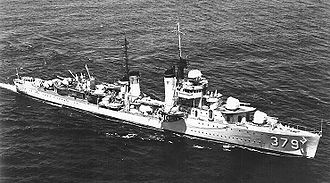