The Greeneville Sun, August 23, 1948
Funeral services for Pvt. James R. Erwin, whose body will arrive Tuesday on the Tennessean, will be held Thursday. Burial will be in the National Cemetery. The VFW will accord the deceased full military honors at the grave.  The body will be met at the train by a VFW Color Guard and escorted to Doughty-Stevens Funeral Home where it will remain until Wednesday afternoon at which time it will be taken to the home of his parents at 408 Sampson Street.
He is survived by his parents, Mr. and Mrs. Robert L. Erwin, two brothers, William J. and Albert C. Erwin of Oak Ridge, three sisters, Mrs. Conley Price of Fall Branch, Mrs. Ralph Stephens and Mrs. Ray Bebber of Greeneville. Pvt. Erwin entered the service July 3, 1942 and received his basic training at Ft. Sill, Okla. He served with General Clark’s 5th Army, Batry C, 10th Field Artillery, participating in four major battles. He was killed in action on the Anzio Beachhead, Italy at the age of 19. 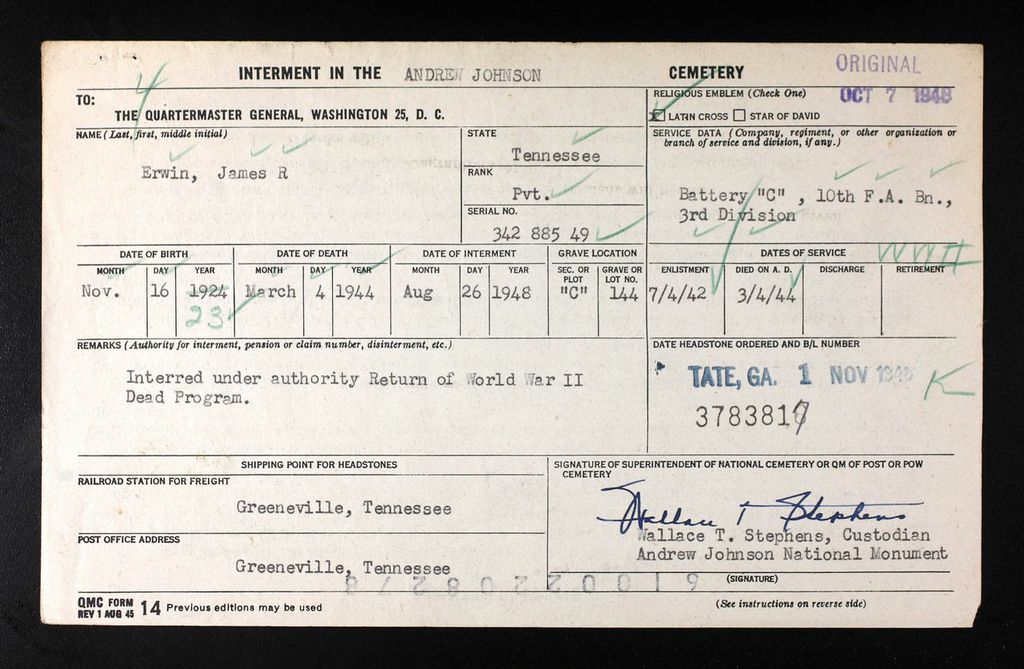 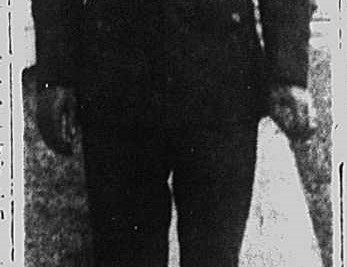 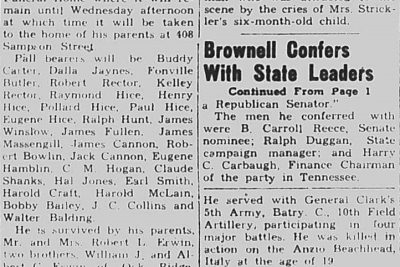