James Rowe Davis was the son of Thomas Carroll Davis and Mary Elizabeth Crabtree. He was married to Ina Lorene Bookout on 4 September 1943 in McMinn County, TN.

Private James R Davis was assigned to the 30th Infantry Regiment, 3rd Infantry Division. The 3rd Division was in operation in the Rhineland in October 1944.

Private Davis was killed in action on 1 October 1944. He is interred at Epinal American Cemetery, Epinal, France, Plot A, Row 36, Site 39.

The Knoxville Journal, October 31, 1944
Pfc. James R. Davis, 26, son of Mr. and Mrs. T.C. Davis of Route 2, Athens, was killed in action in France, Oct. 2, according to word received by them. Private Davis had been overseas for the past nine months. Additional survivor include his wife, Mrs. Ina Lorene Bookout Davis, three sisters, four brothers , other relatives and many friends. 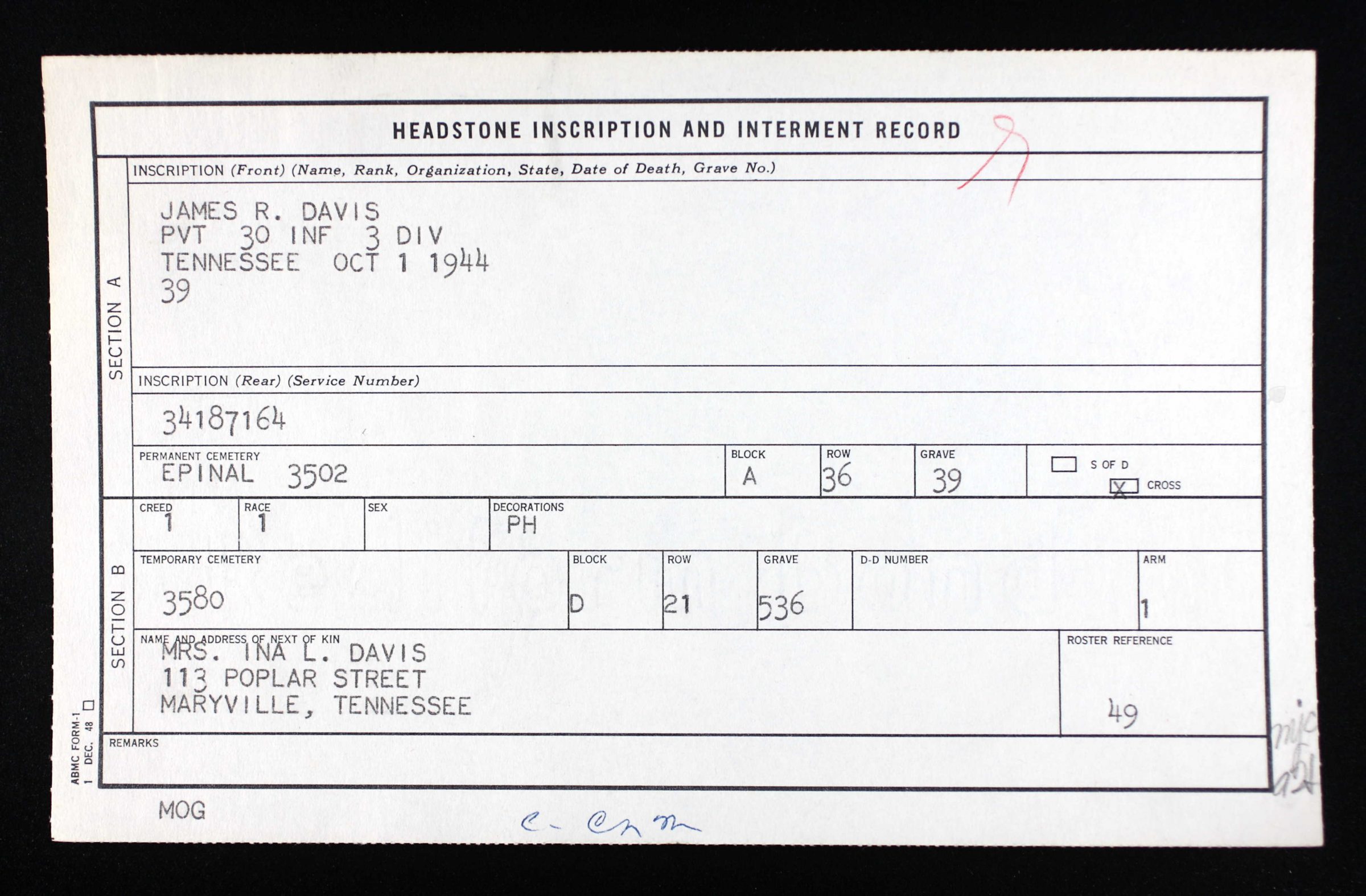 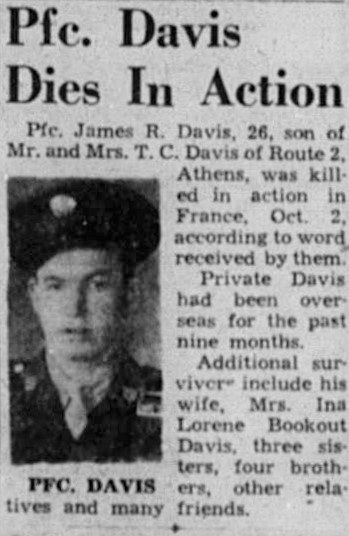