1st Lieutenant James Rast Crockett, US Army Air Forces, was assigned to the 503rd Fighter Squadron, 339th Fighter Group, flying P-51’s out of Fowlmere, England. It was the last fighter squadron assigned to the 8th Air Force in April 1944.

He was Killed in Action on the 19th of May 1944 and is interred at the Lorraine American Cemetery, St-Avold, France, located at D,13,14.

James Crockett was the pilot of aircraft P-51B-15 with serial number 42-106785. He was flying a bomber escort mission to Berlin, Germany.

Statement of 2nd Lt Joseph Wolfort:
On May 19, 1944 at 1530 hours I was flying Lt. J.R. Crockett’s wing while strafing a train. As I started down to make a second pass Lt Crockett was firing on the train. It appeared to me as he started to pull up from this pass he either mashed into the train or misjudged and flew into it. I thought that I saw a piece of his airplane fly through the air. It appeared to be a part of the tail. I was unable to see anymore due to the steam from the locomotive. I did not actually see him hit the locomotive but was unable to contact him on the radio after this, and just prior to this second pass we had perfect communication. 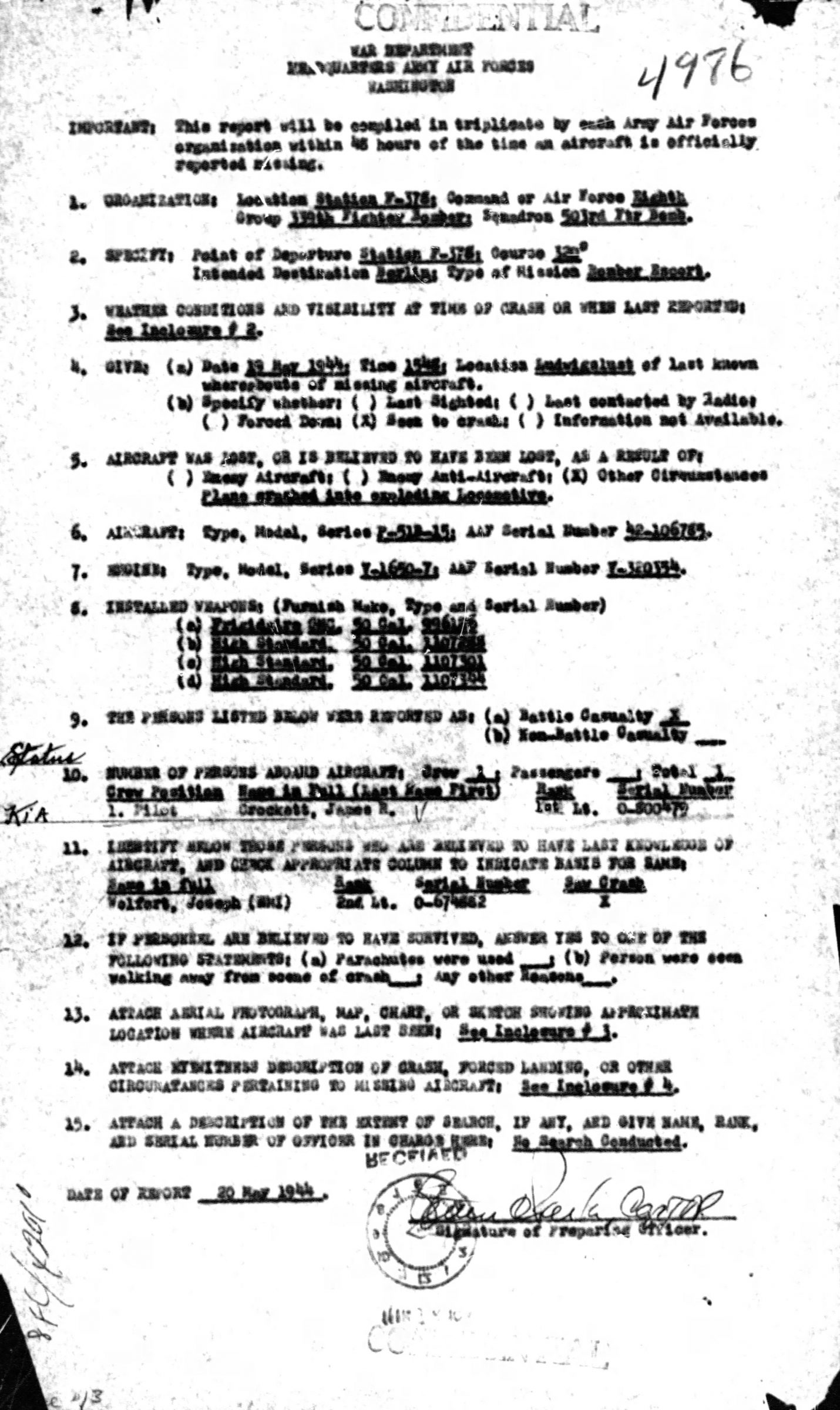 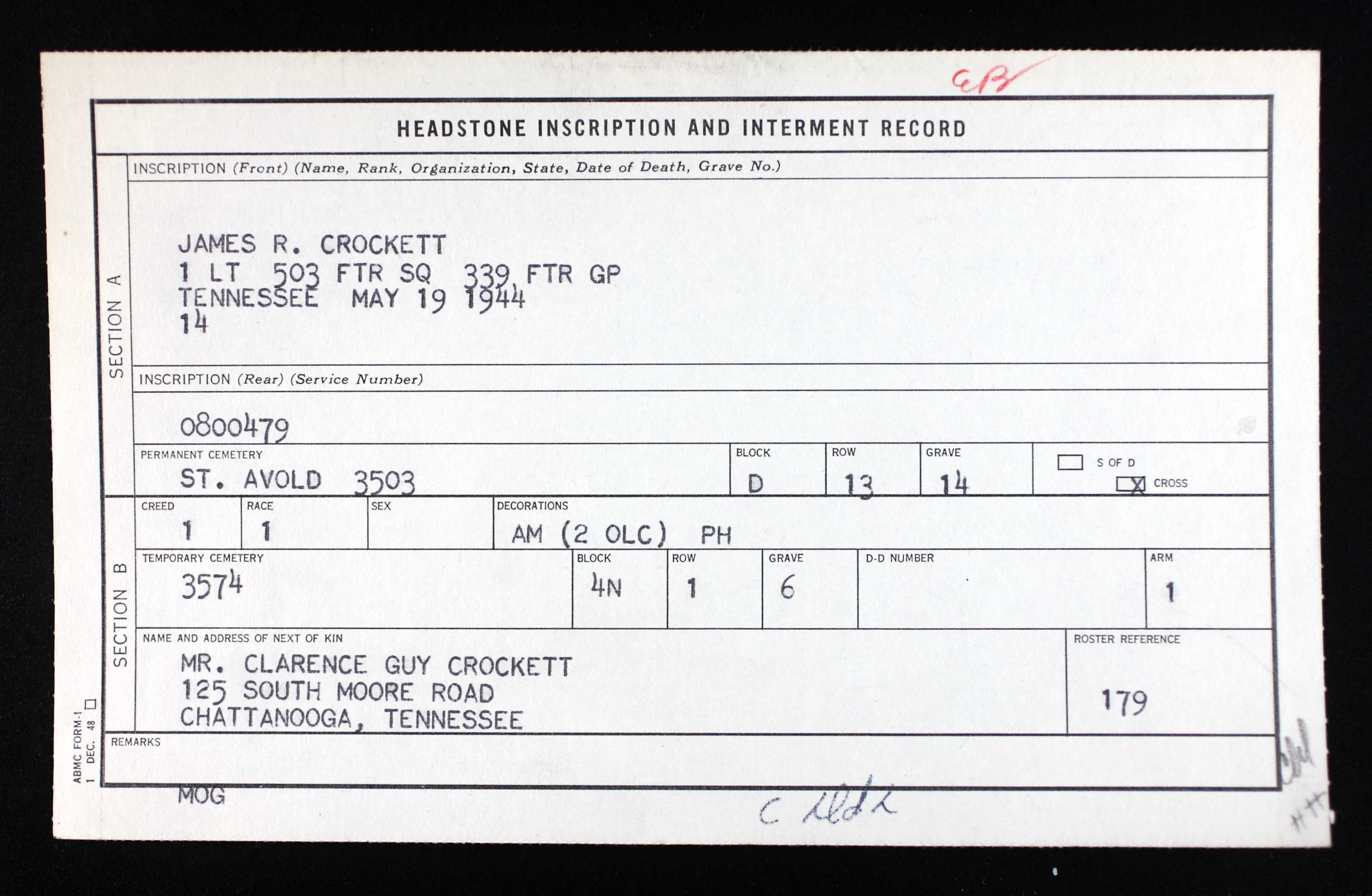