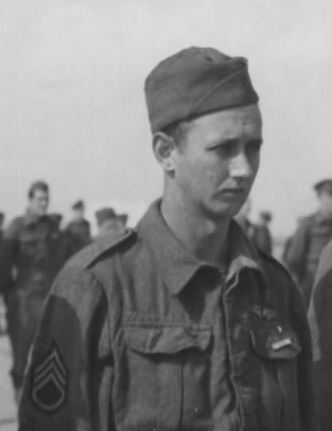 SSgt Coffelt was killed in action 15 February 1943, he is remembered on the Tablets of the Missing, Sicily-Rome American Cemetery, Nettuno, Italy.

Aircraft B-24D with serial number 41-23675 was hit by flak over Naples, they fought the fighter off with all their guns firing, when last seen this ship was headed for the coast of Italy.

A message from Cairo to AGWAR, dated 23 February 1943, casualty branch no. 055030, lists this crew as missing in action while on an operational flight. 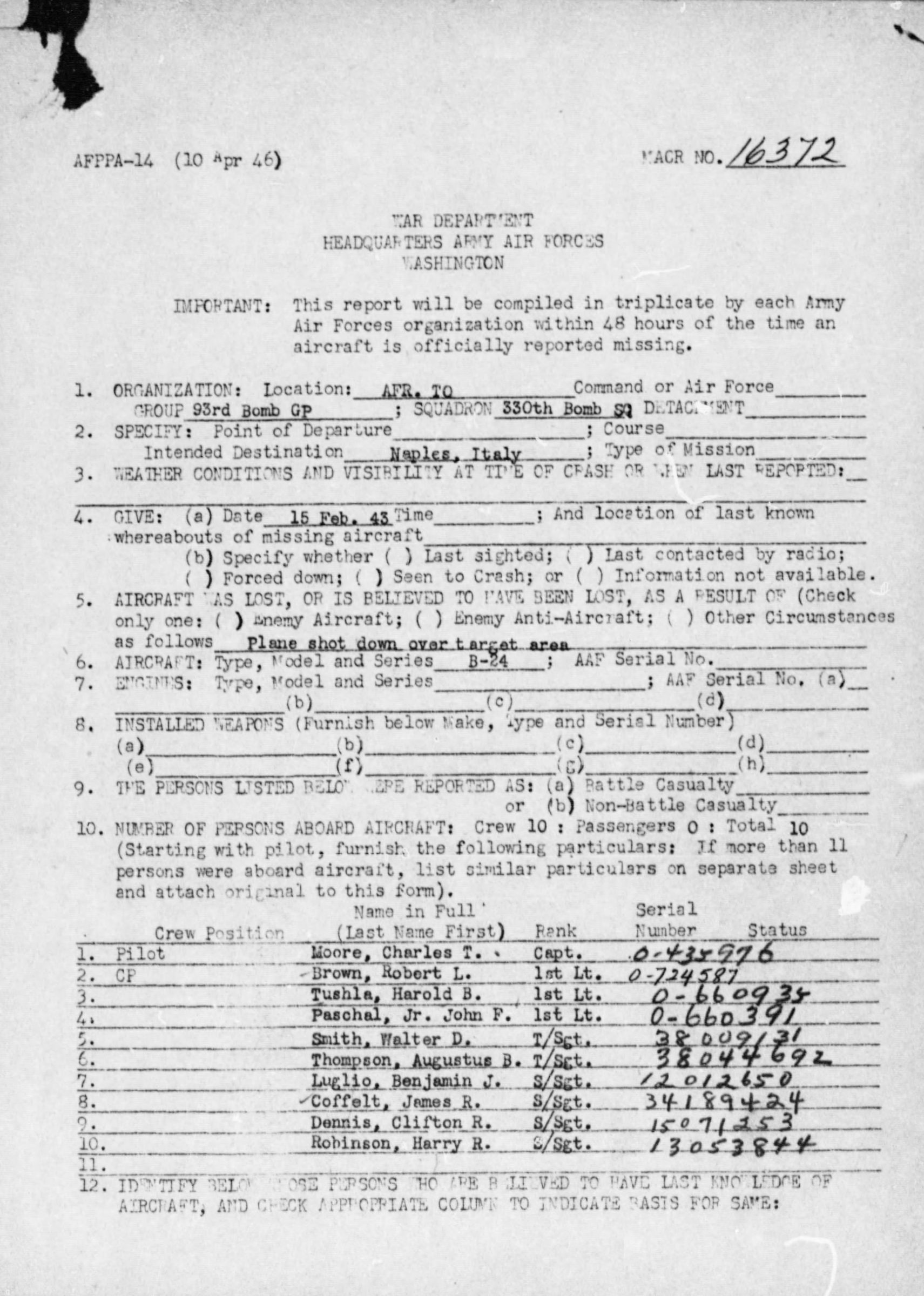 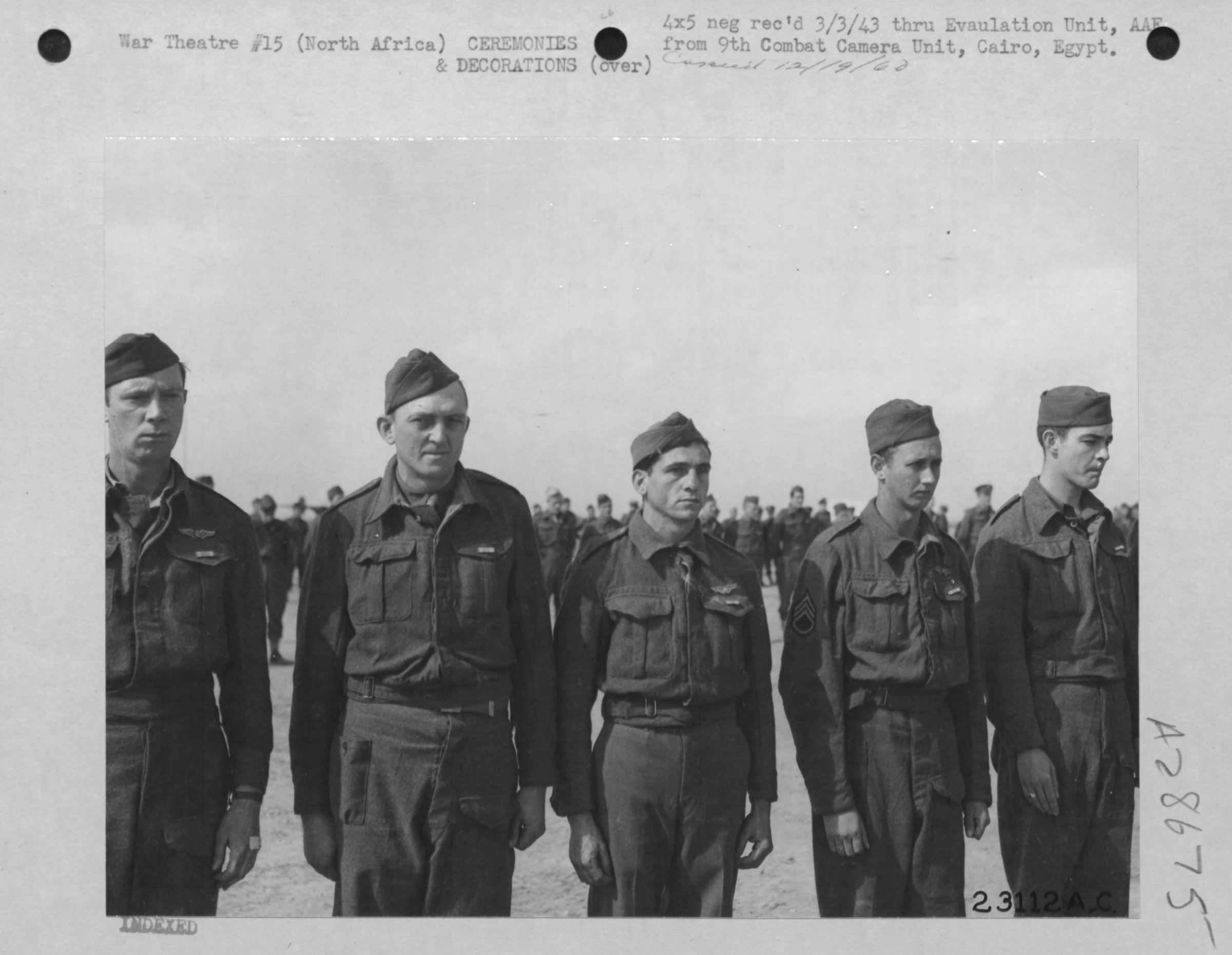 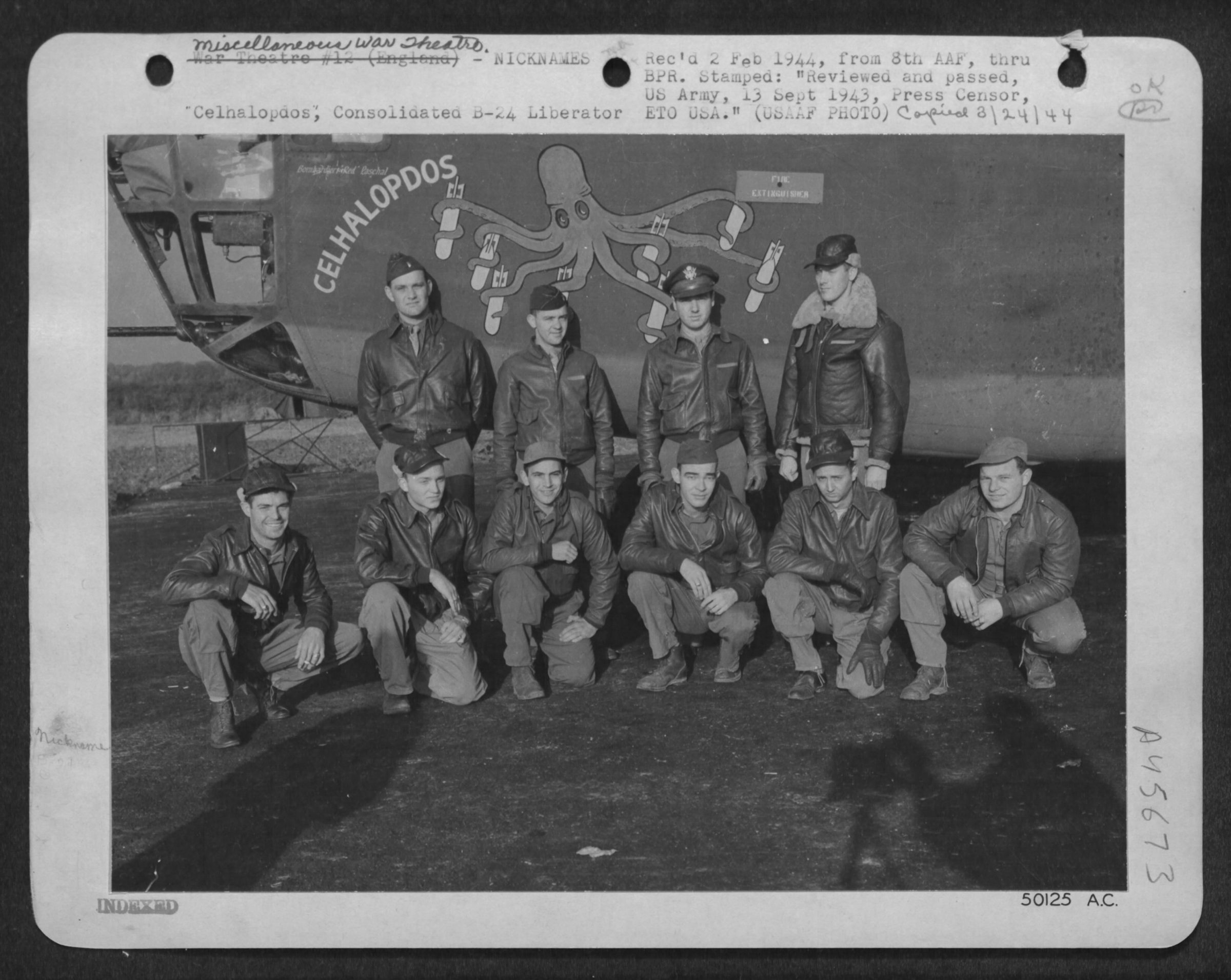