James Robert Boyd was born in Petros, Tennessee to James Tillman Boyd and Lettie Jane McCurry. He was the husband of Luda Mae Benson.

Staff Sergeant James R. Boyd was assigned to the 708th Bomber Squadron, 447th Bomber Group flying a B-17 out of Rattlesdale, England. He was Killed in Action 29 April 1944 and is interred at O,18,2, Netherlands American Cemetery, Margraten, Netherlands.

Aircraft B-17G with serial number 42-31144 was on a bombing mission to Berlin, Germany. The aircraft was shot down by an enemy fighter at 1100 hours 700 meters northeast of Grasdorf, on the Street Salzgitter-Hildesheim near Destedt, 8 km from Koenigslutter, Germany. S/Sgt Boyd was initially buried at the village cemetery of Destedt on 30 April 1944.

He was on his 47th mission when Killed in Action. Our family hero. He was know as Grandpop because he was in his 30s and so much older than most. I’ve been to his grave twice and a good friend has given respect there three times now. Thank you.
–Submitted by his grandnephew, Lennith Armstrong

The Chattanooga Daily Times, 10 June 1944
S/Sgt James R. Boyd, 37, son of Mr. and Mrs. James T. Boyd, 2904 East 37th Street, was killed in a plane crash in Germany April 29, the War Department reported. Sgt. Boyd, ball turret gunnera board the Flying Fortress “Ace High” had been listed in earlier reports as missing following an air raid on Germany April 29. He had been awarded the Good Conduct Medal, the Air Medal and three Oak Leaf Clusters for meritorious achievement while participating in bomber missions against the enemy over Europe. In his last letter received by relatives Sgt. Boyd, member of the Eight Air Force group in England, said he had completed 22 missions against the enemy. Prior to enlisting in the air force in October, 1942. He was employed as auto metal worker at the Summers Motor Company in Red Bank. He won his gunner’s wings in May, 1943. His wife, Mrs. Luda Mae Boyd, resides in Haleyville, Ala.
He is survived by his parents; four sisters, Mrs. L.R. HIse, Mrs. I.M. Armstrong, Washington, D.C.; Miss Gertrude Boyd, Atlanta; Miss Sue Boyd, and one brother, A.W. BOyd, both of Chattanooga. 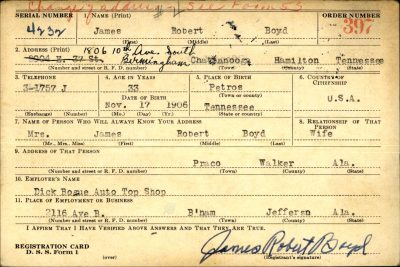 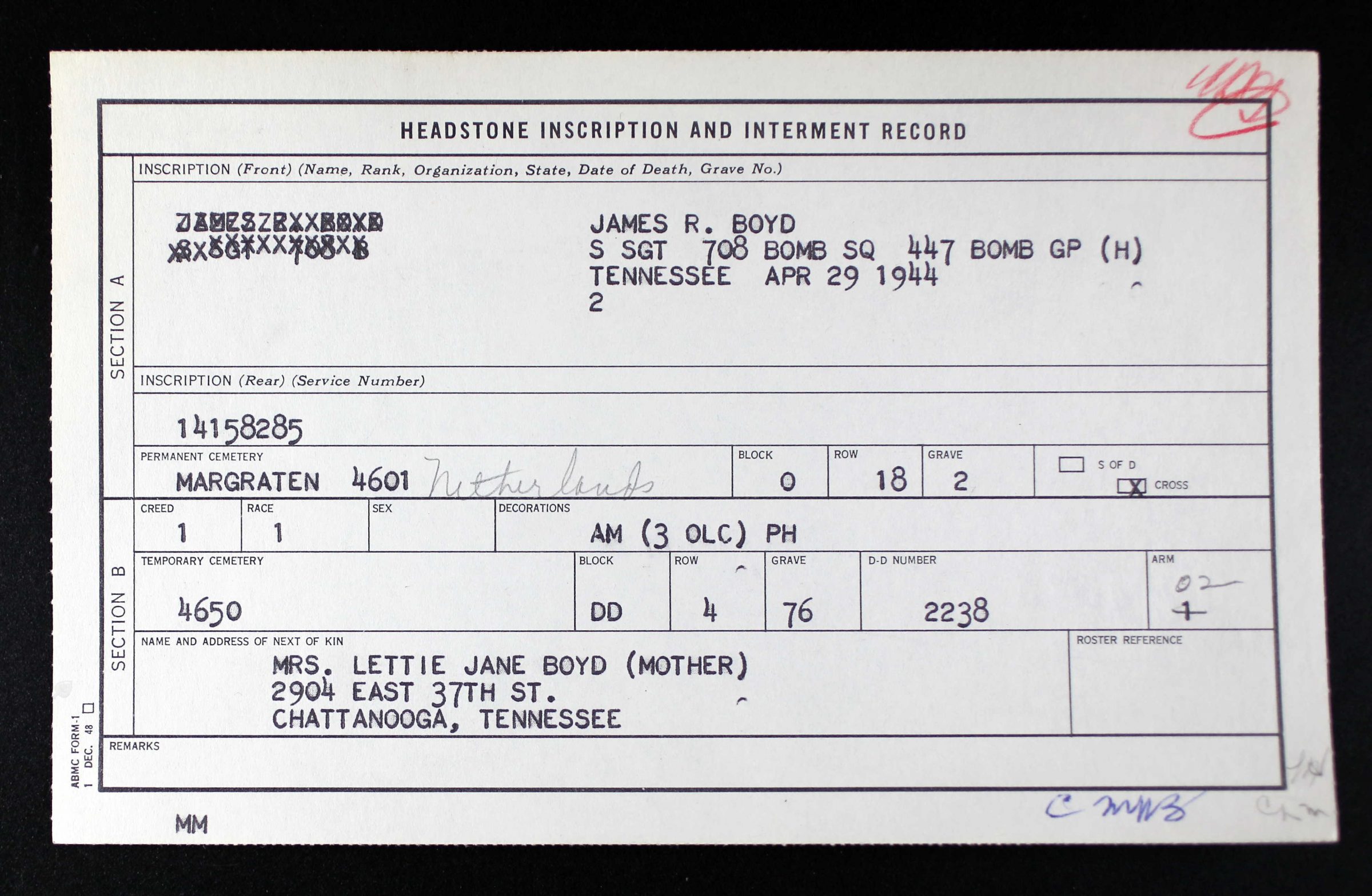 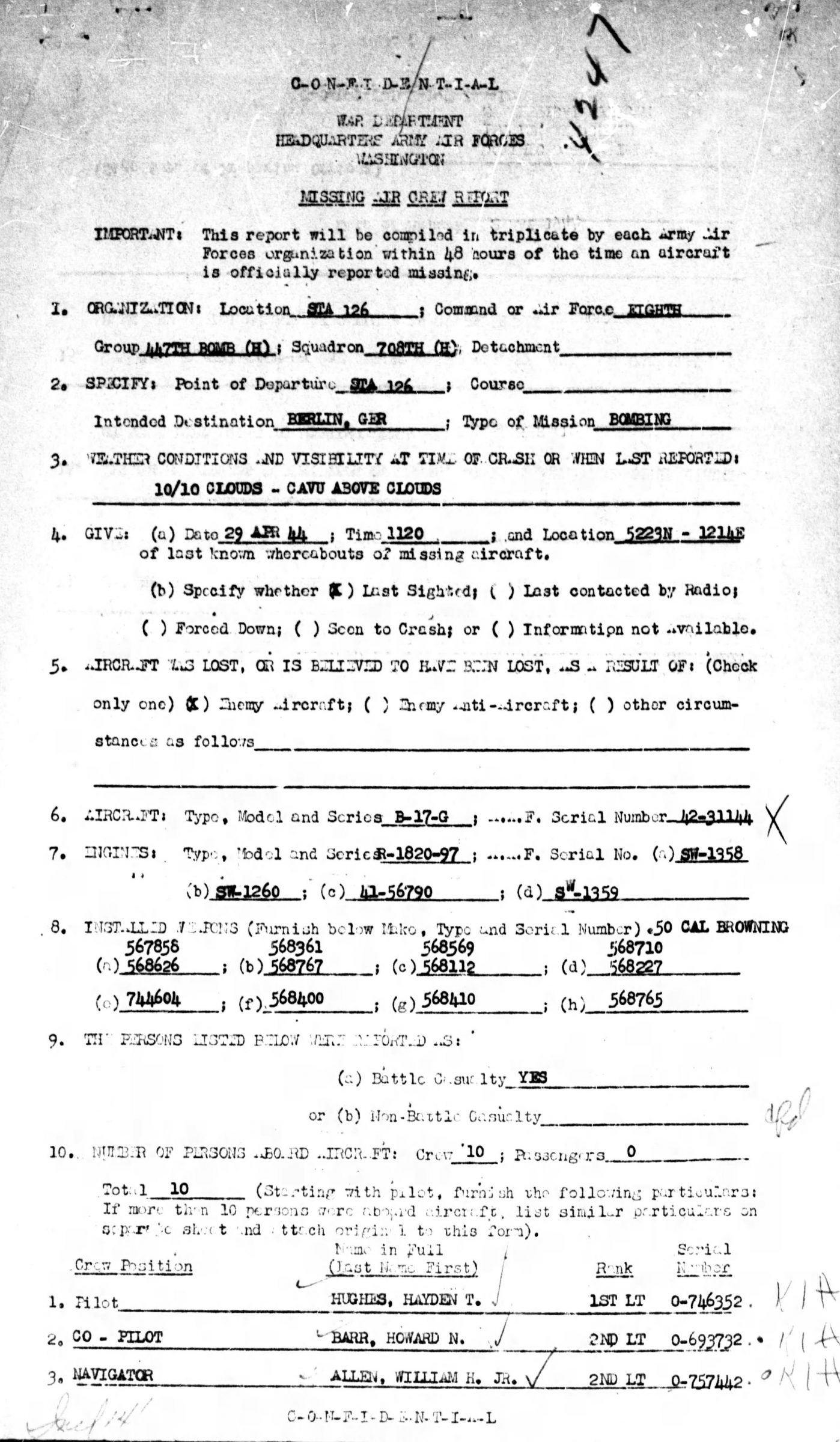 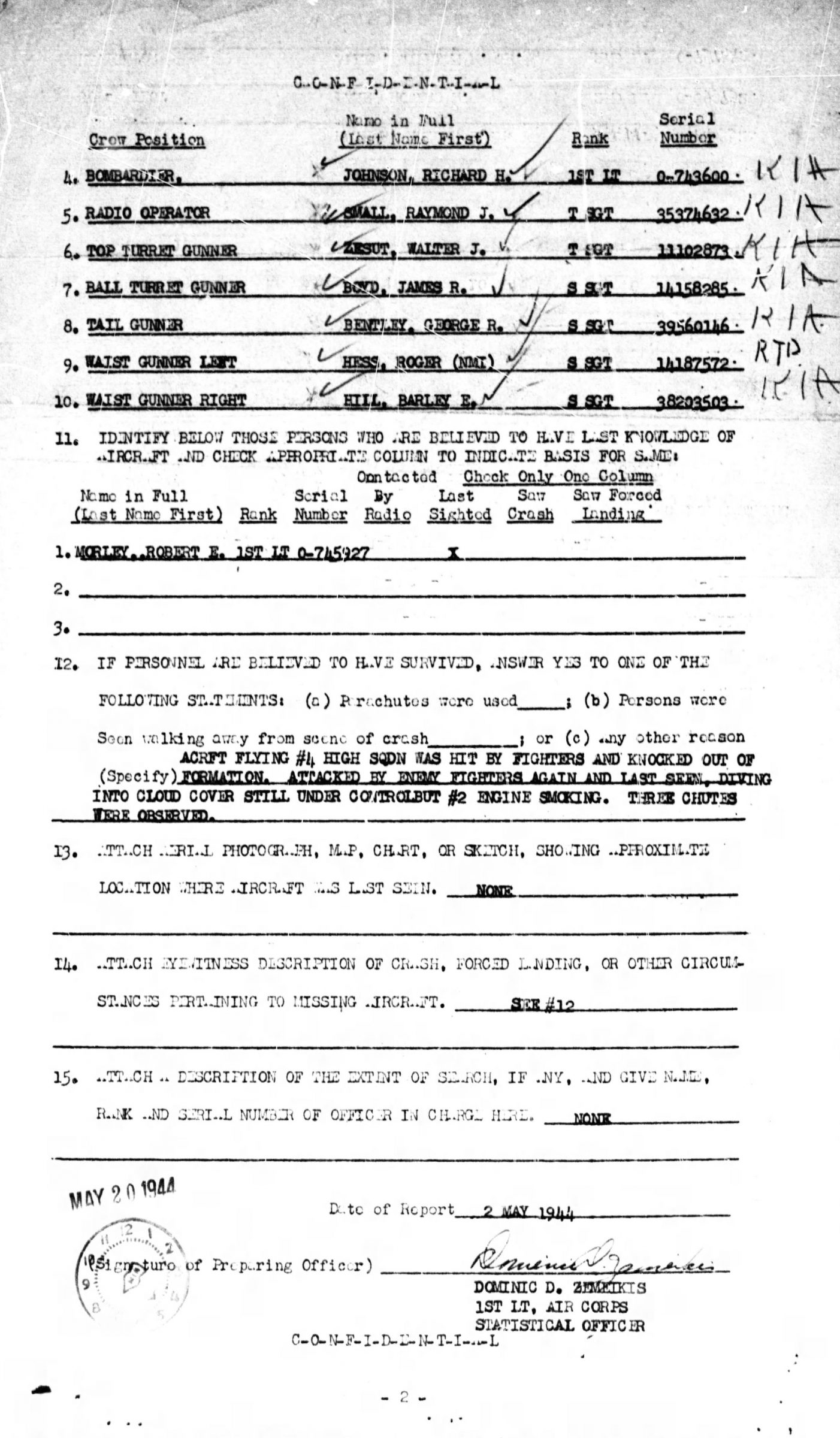 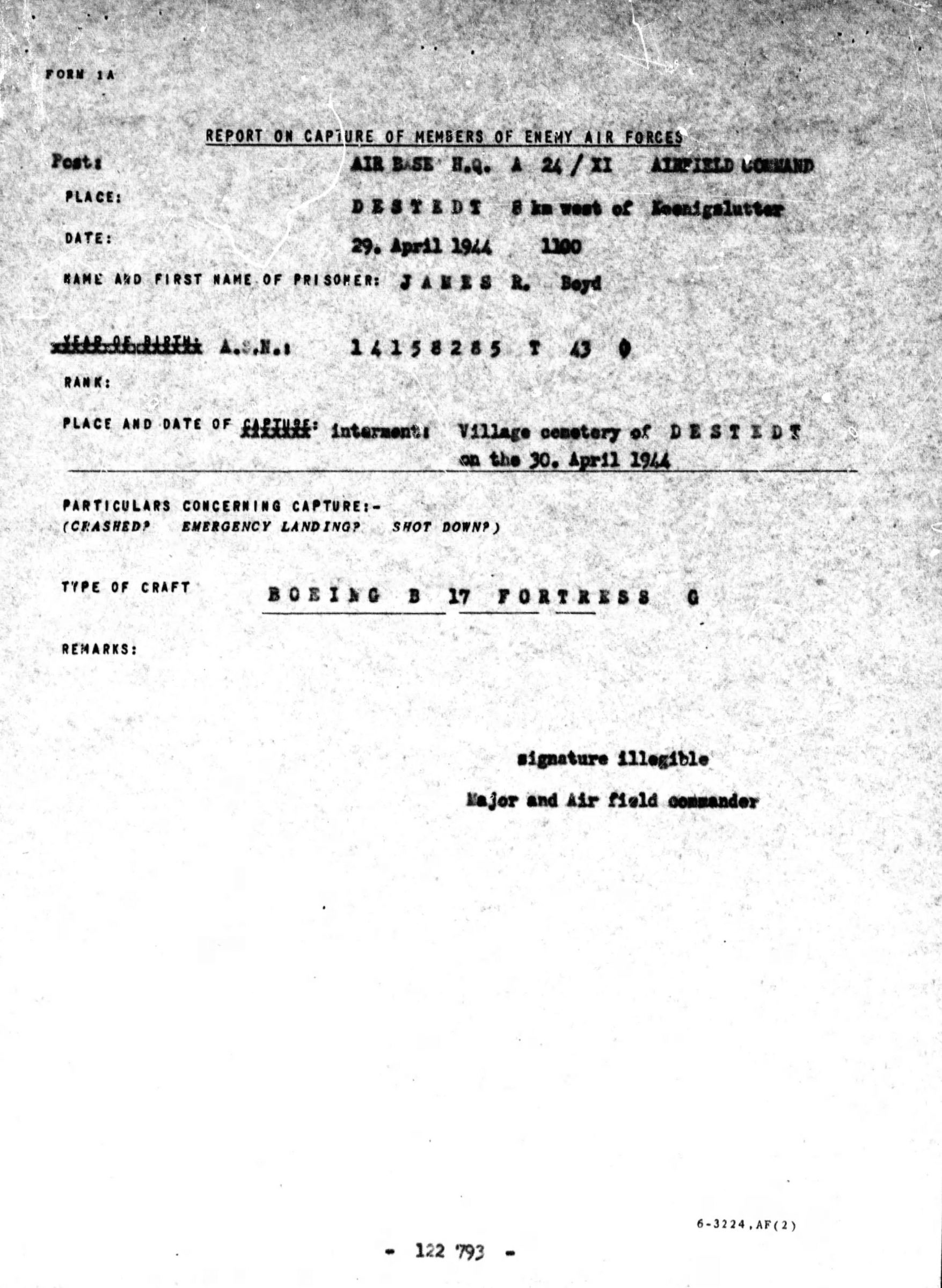 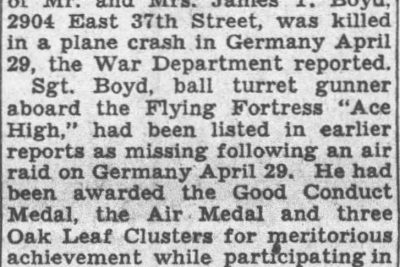 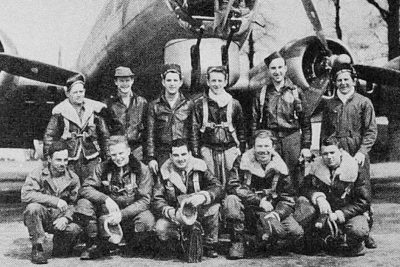 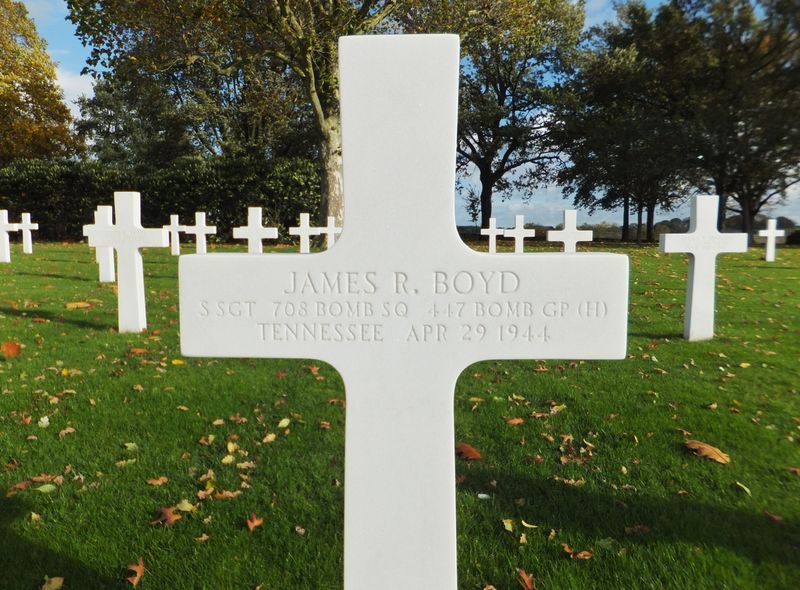