In the late afternoon of  19 November 1943 in extremely bad weather, a NATS plane, Flight 741/19 with seventeen Americans and one Brazilian aboard crashed 35 miles east of Rio de Janeiro. The crash and resultant fire caused the instant death of all occupants and the destruction of the plane and cargo. . Among those lost were Lt. Cmdr. Gilmore and two other members of the War Bond Mission. In addition, the Wing sorrowfully reports the death of the following men:

All victims of the crash were identified by doctors of the United States Navy, and, with exception of Americo Destefano and Leslie R. Harrison, were buried with military honors at Marui Cemetery, Niteroi in Brazil. The body of Americo Destefano who was sent home to Sao Paulo, Brazil. The others were all reburied at Jefferson Barracks National Cemetery in Missouri. 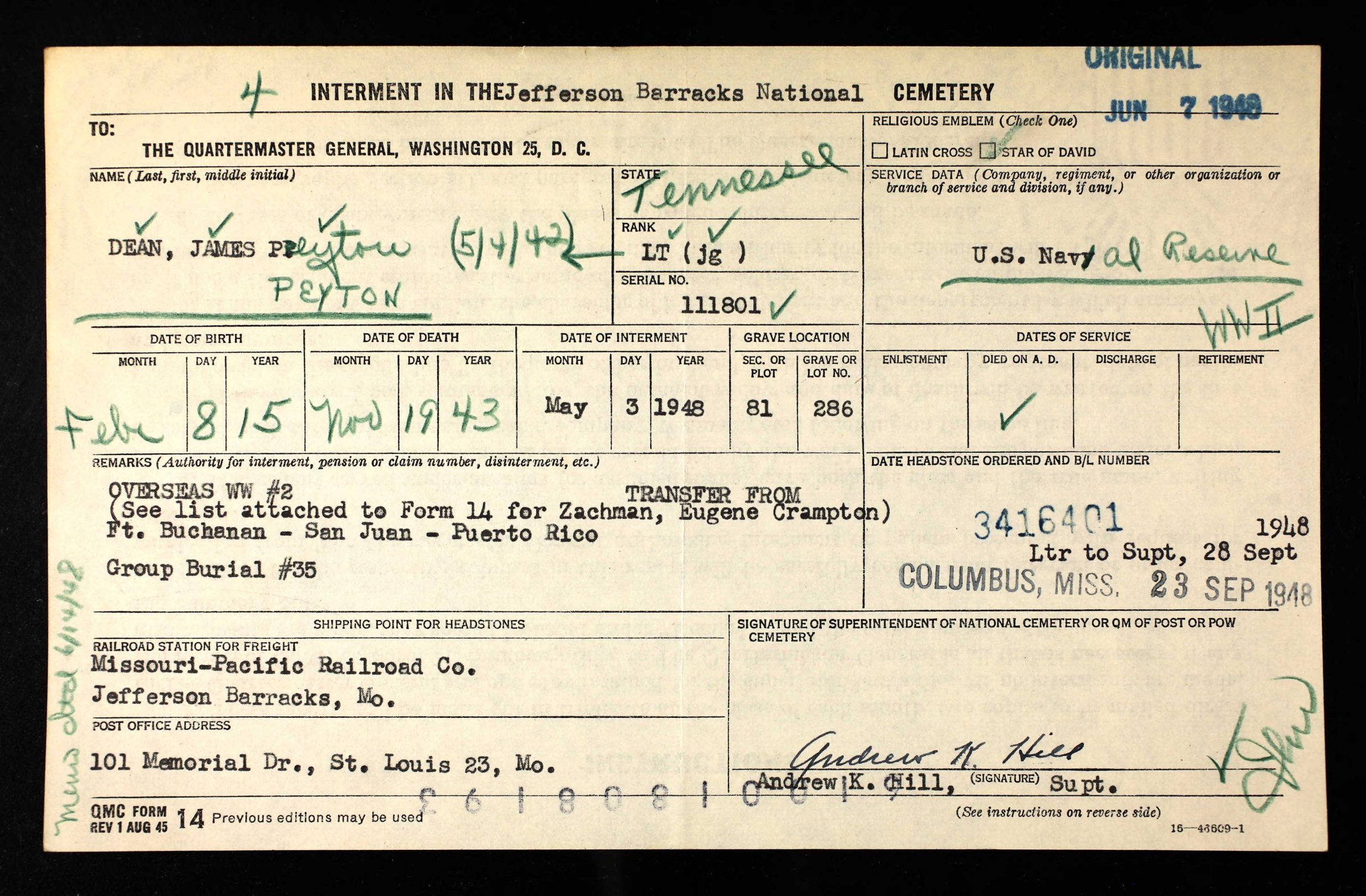 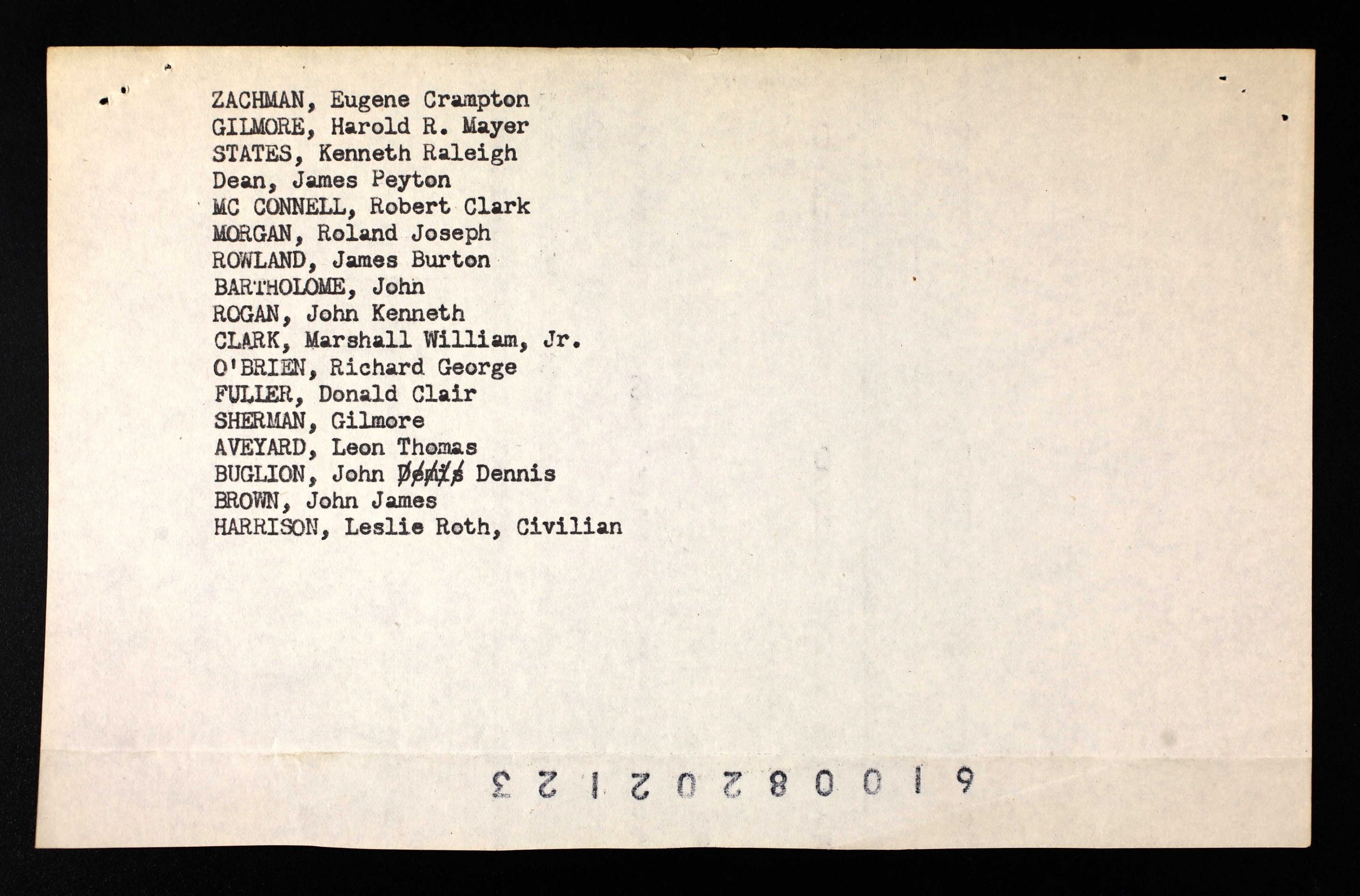 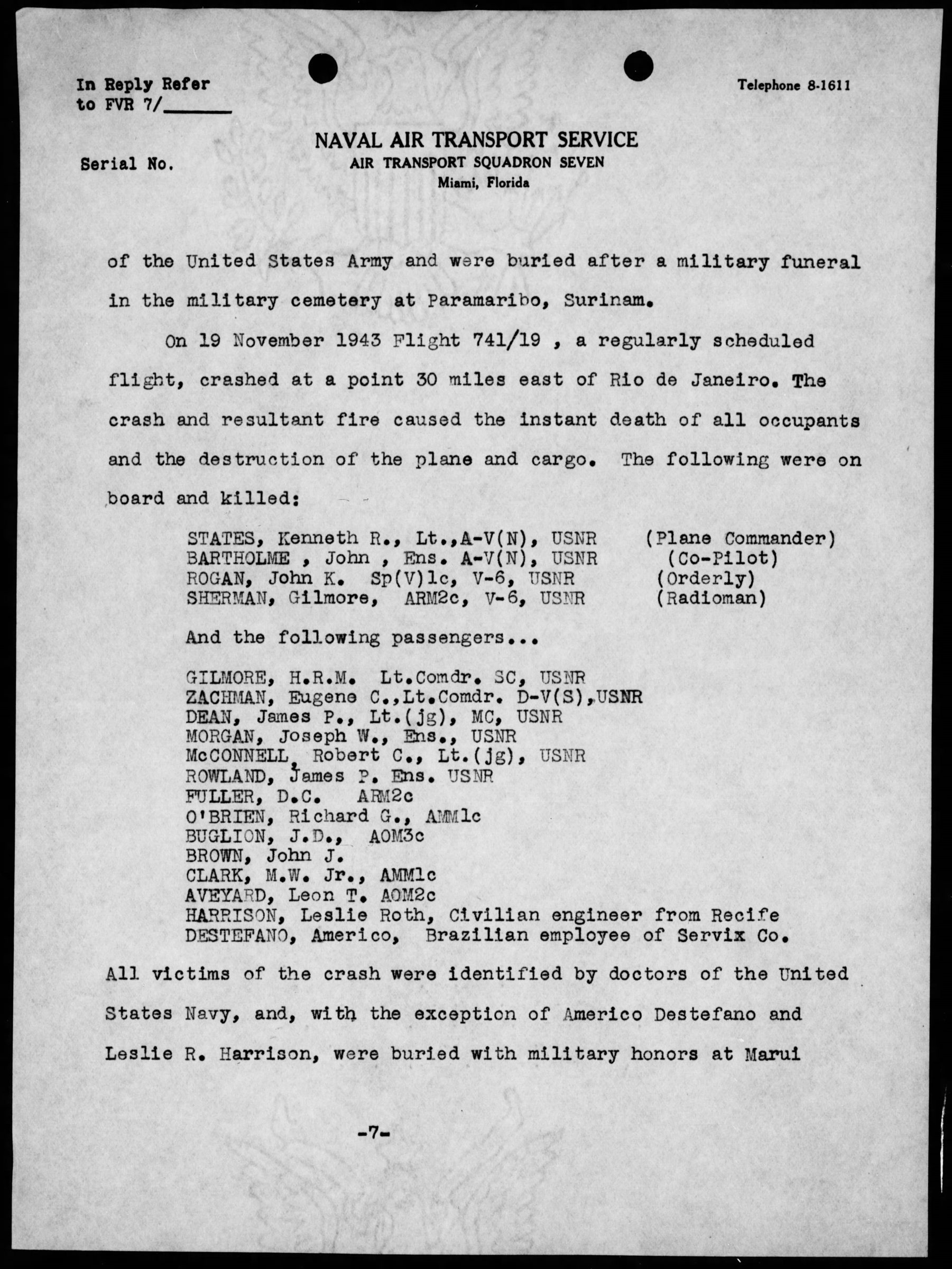 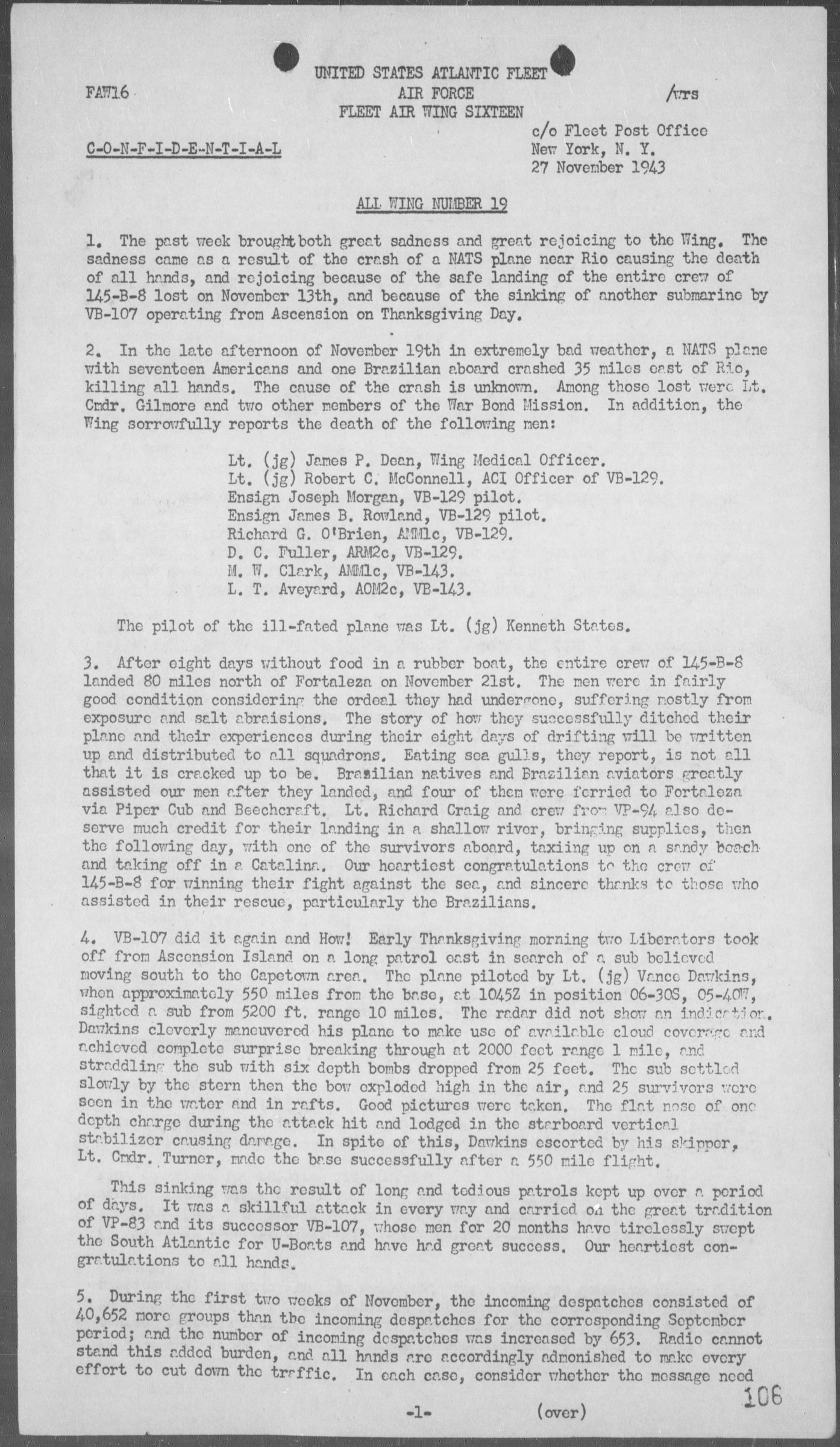