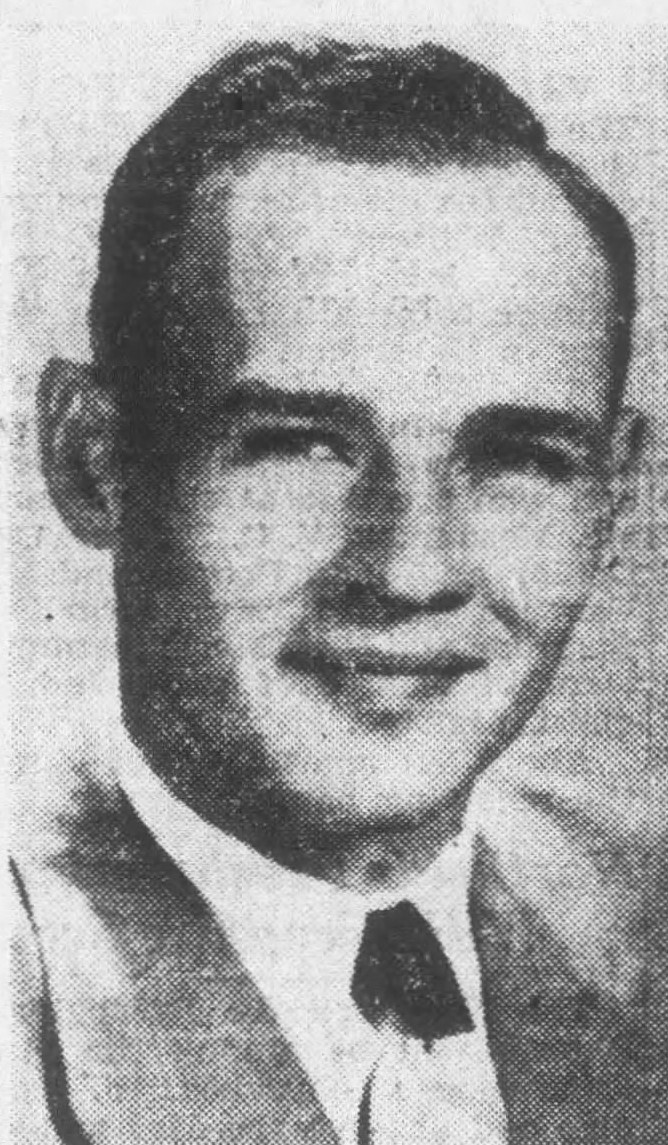 Corporal Varnell was a member of the 23rd Infantry Regiment, 2nd Infantry Division. He was Killed in Action while fighting the enemy in South Korea.

The Chattanooga times, February 10, 1951
Cpl. James O. Varnell, Jr., 23,  of Tyner, has been killed in action in Korea. The War Department has notified his mother, Mrs. Lena Smith Varnell, that the former Tyner High School football star met his death while serving with the Second Infantry Division on Jan. 7, 1951. Varnell, youngest of six sons of Mrs. Varnell and the late J.O. Varnell Sr., prominent farmer and railroader, was recalled to duty from the reserve, Sept. 24, 1950. He and three brothers – David, Judson and Lewis S. – had served in World War II. His two other surviving brothers are Eugene and Marvin F. Varnell. Cpl. Varnell entered the army in World War II, Sept. 17, 1946, the year he was graduated from Tyner High. He was discharged Jan. 20, 1948. He was captain of his football team in 1943 and alternate captain in 1944 after having played some previously as an eight-grader. In 1945 he was voted as an all-star halfback on the annual Tennessee Valley Conference team. Active in all sports, Varnell was a member of the Silverdale Civilian Club softball team last summer and was a leading player as that team advanced to the finals of the City Series. Until his return to service he was employed by the Wheland Company here. He was a member of the Tyner Baptist Church from which a short memorial service will be held tomorrow. 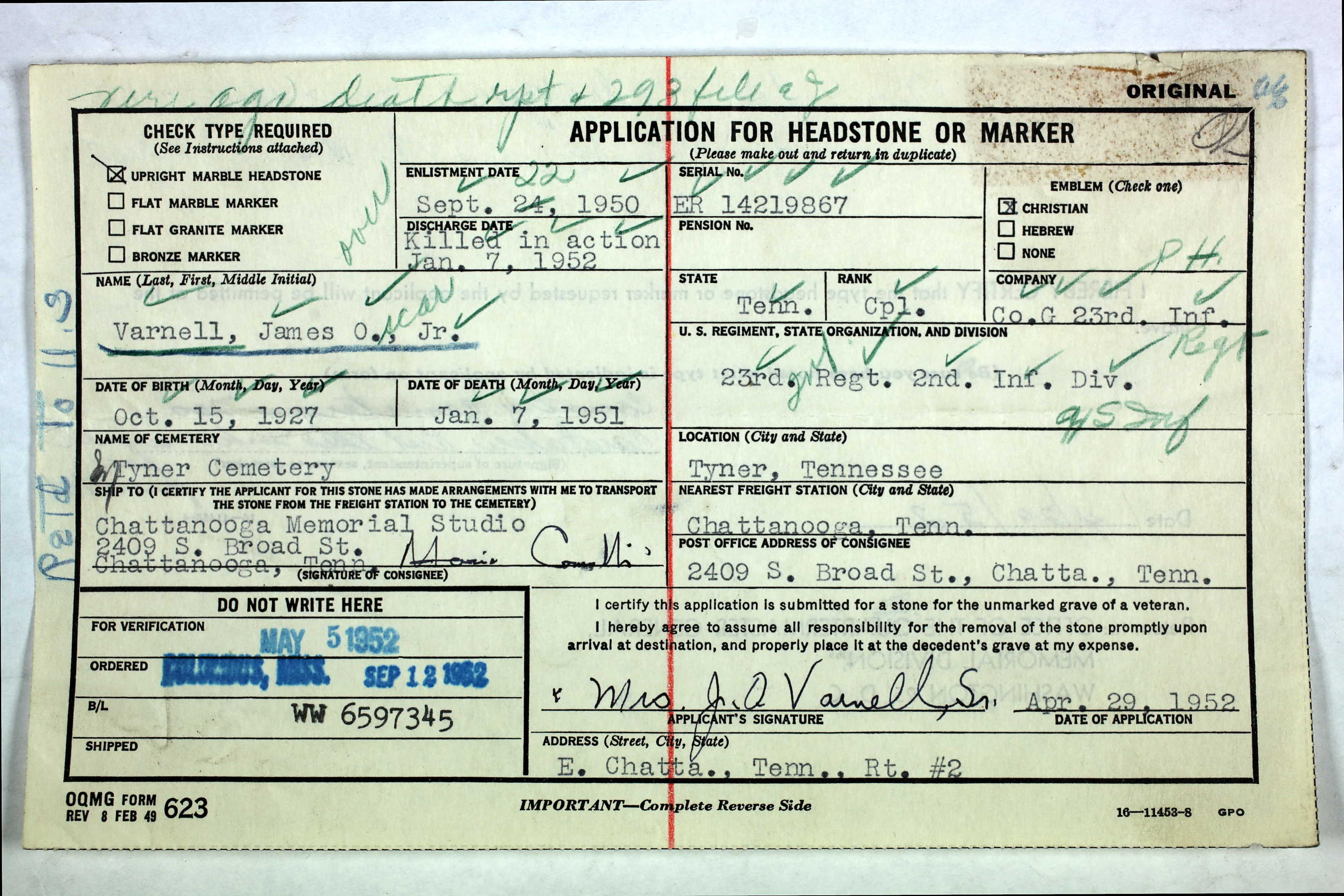 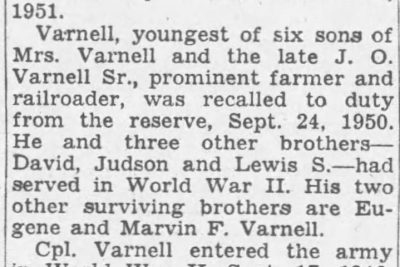