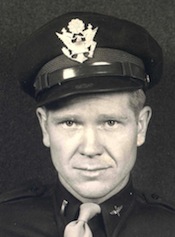 The Knoxville Journal, October 29, 1944
Second Lt. James N. Rector, Jr., son of Mr. and Mrs. James N. Rector Sr., of Sevierville was one of a crew of 12 killed in a bomber crash near Russell, Kan. Tuesday. Lieutenant Rector is survived by his wife, the former Miss Wilda Grace Long of Sevierville; two brothers, Sgt. Calvin A. Rector, who is stationed in England and Cpl. Jack B. Rector of Gordon, Ga.
He was 23 years of age; a graduate of Sevier County High School and was a student at the University of Tennessee at the time he enlisted in the Air Corps in December, 1942. Lieutenant Rector received his commission as navigator last July. 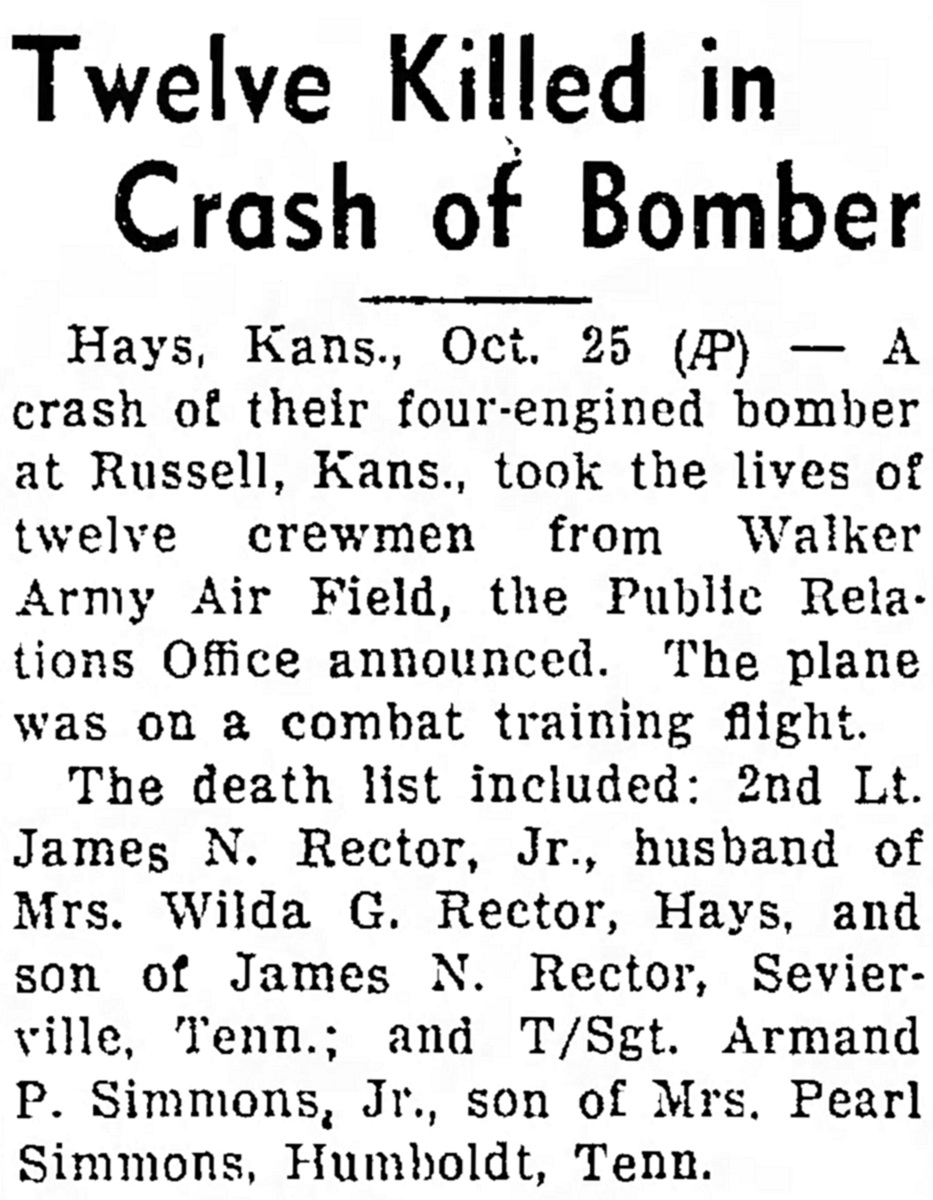