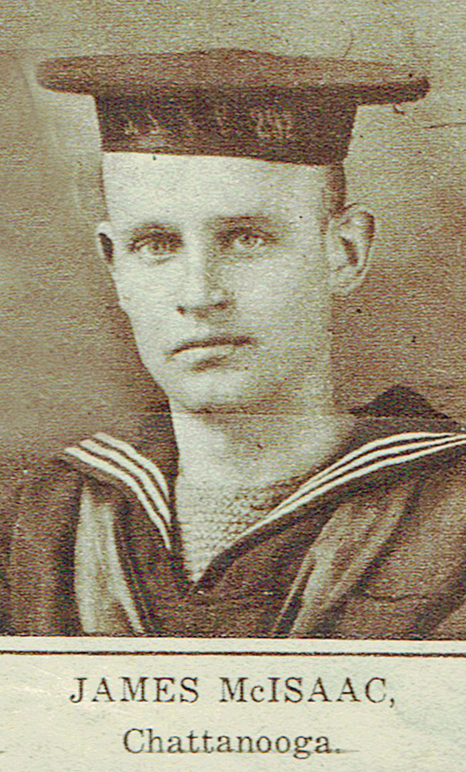 James McIsaac was born on July 7, 1889, in Perth, Scotland, the son of Peter and Margaret McIsaac. He had several brothers, including Peter, William, David, Alfred, and George. The family moved to the United States when James was a young boy, and settled in Hamilton County, Tennessee. McIsaac was employed as a clerk in Chattanooga before he enlisted in the United States Navy as a Fireman, 2nd Class, in the USNRF in New Orleans, Louisiana, on December 11, 1917. He was later stationed in Pelham Bay Park, New York, where he became ill from pneumonia. He passed away from the disease on October 5, 1918. Fireman 2nd Class McIsaac is buried at Chattanooga National Cemetery.

Picture from the Chattanooga Sunday Time Memorial Supplement 25 May 1919 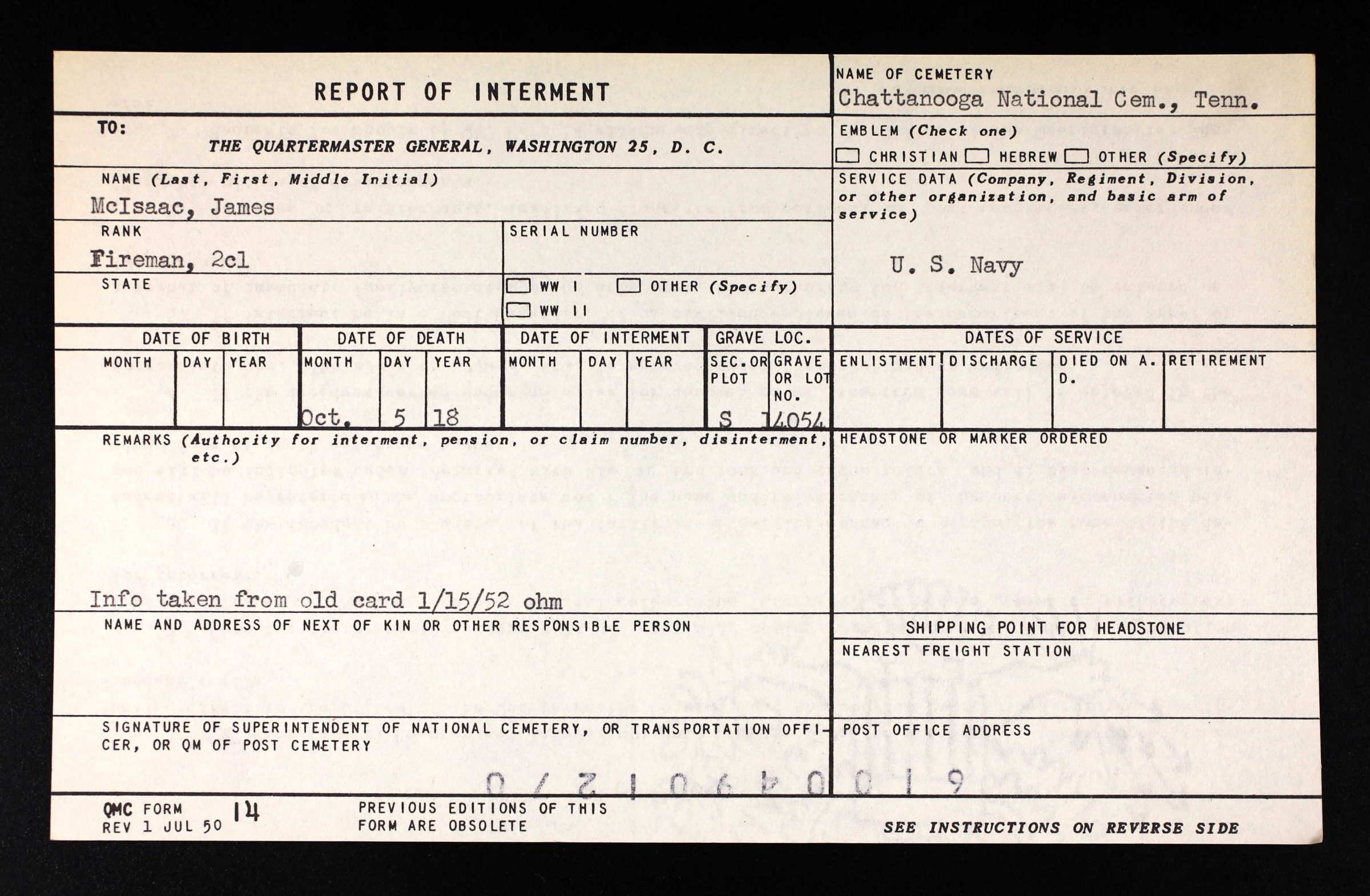 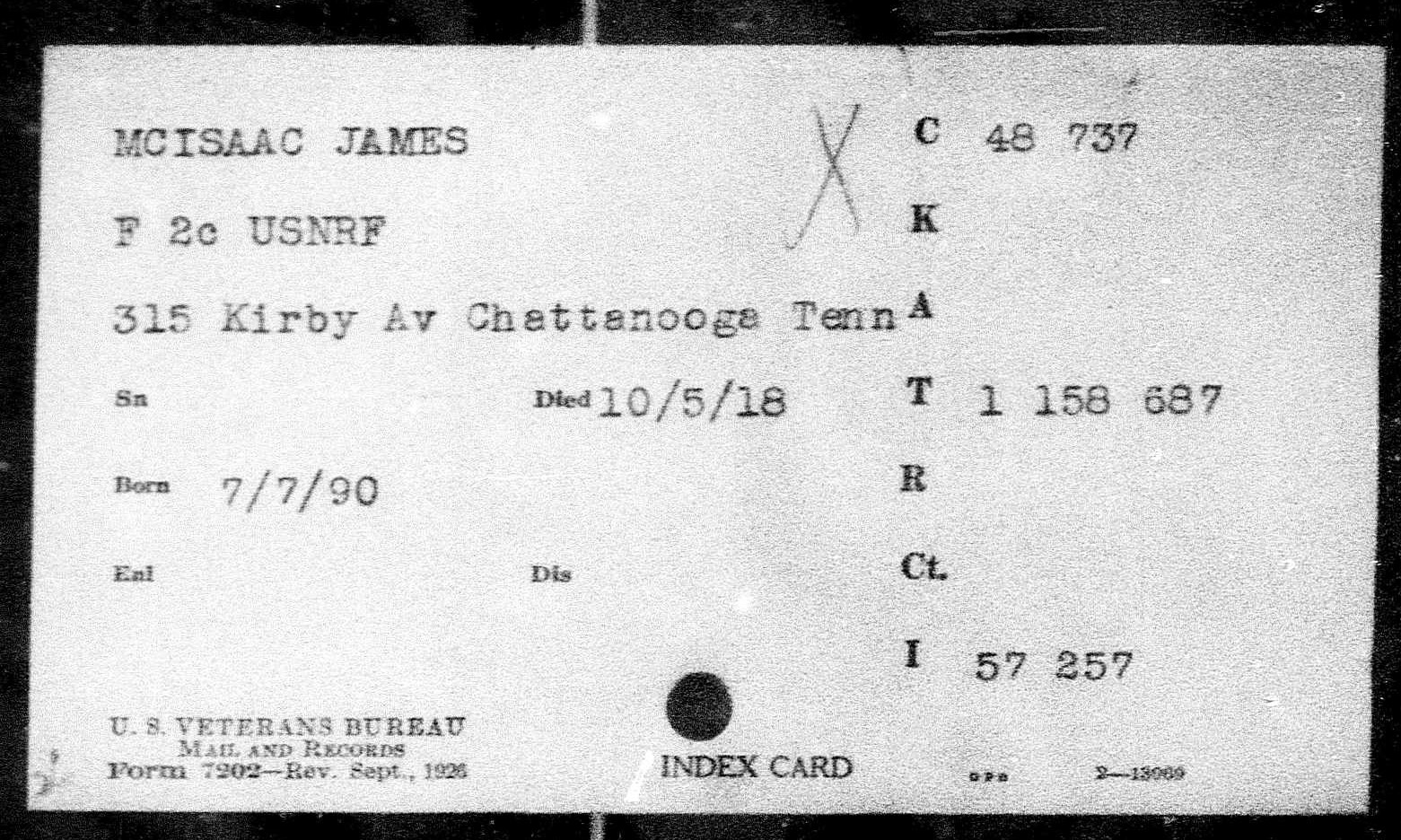 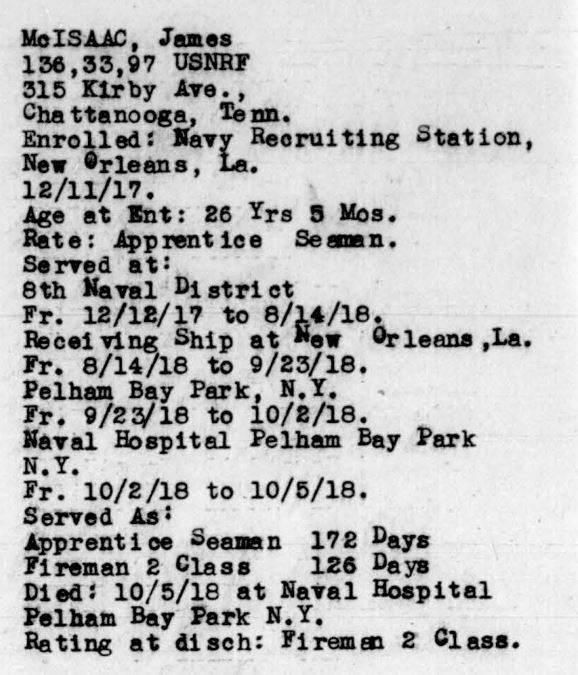