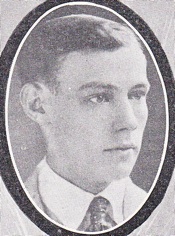 James Masters Tillery volunteered his services to the U.S. Army on May 9, 1917. As a member of Machine Gun Company, 117th Infantry, 30th Division, was stationed at Camp Sevier, SC. Sailed for overseas duty on May 11, 1918 and while a member of the American Expeditionary Force, participated in all engagements of his unit until killed in action October 8, 1918. Sergeant Tillery received the Distinguished Service Cross. Honorably mentioned in general orders of 30th Division Headquarters. He was born in Inskip, Tennessee. He died at the age of 22. James Masters Tillery was the son of Richard Mathus Tillery and Tula Ann Kingsley. Sgt. Tillery is buried at Knoxville National Cemetery.

Distinguished Service Cross Citation:
The President of the United States of America, authorized by Act of Congress, July 9, 1918, takes pride in presenting the Distinguished Service Cross Posthumously to Sergeant James M. Tillery ASN 1306513, United States Army, for extraordinary heroism in action while serving with Machine-Gun Company, 117th Infantry Regiment, 30th Division, A.E.F., near Montbrehain, France, 8 October 1918. On 8 October near Montbrehain, although wounded, Sergeant Tillery took charge of a platoon whose leader had become a casualty, leading it in the advance until he received another wound, which later proved fatal. War Department, General Orders No. 37 1919

Sergt. Tillery was a member of the 117th regiment in command of Col Cary F. Spence, of Knoxville, this regiment was one of the units that played a great part in smashing through the Hindenburg line. Sergt. Tillery was wounded and gassed October 8 and his death occurred two days later. His brother, with the same command, was with him at the time he received a shrapnel wound. The letter written by his brother brought the first information about his death. The war department has not issued a casualty list containing his name, but the relatives of the young man know that his death came from a reliable source. Sergt. Tillery is survived by his father and five brothers.
-The Journal and Tribune, Knoxville, Tennessee, Wednesday, November 13, 1918. 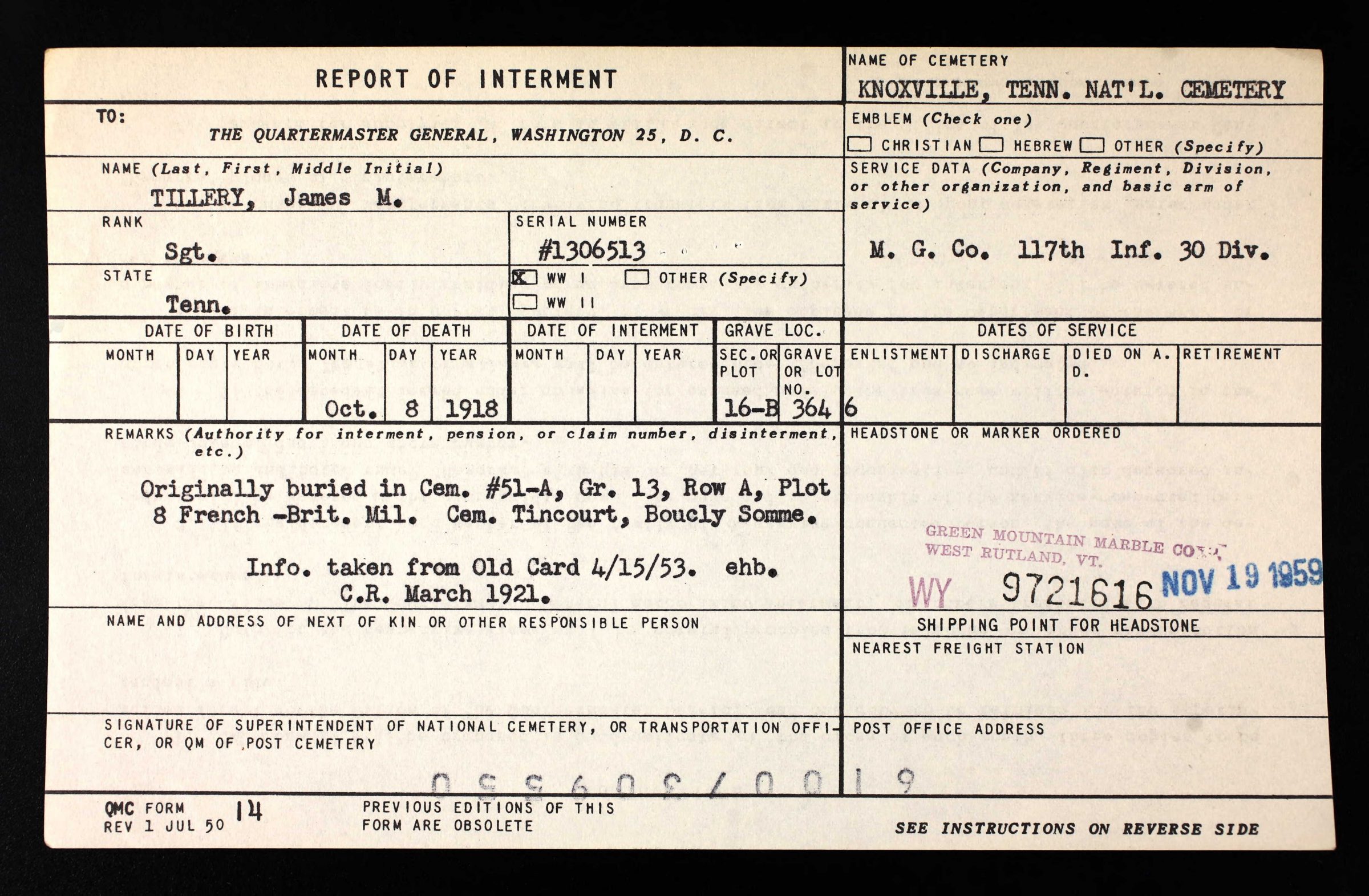 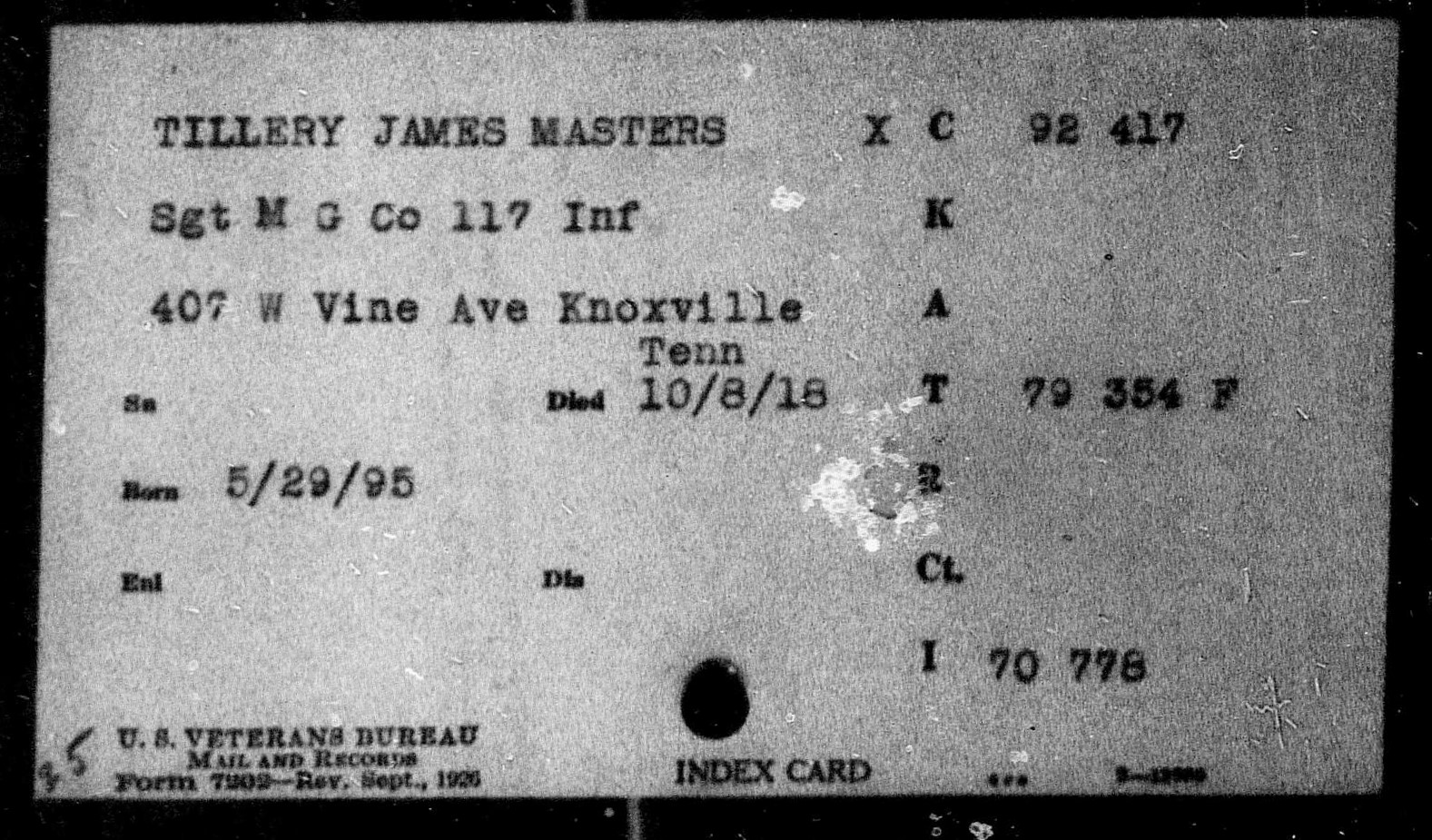 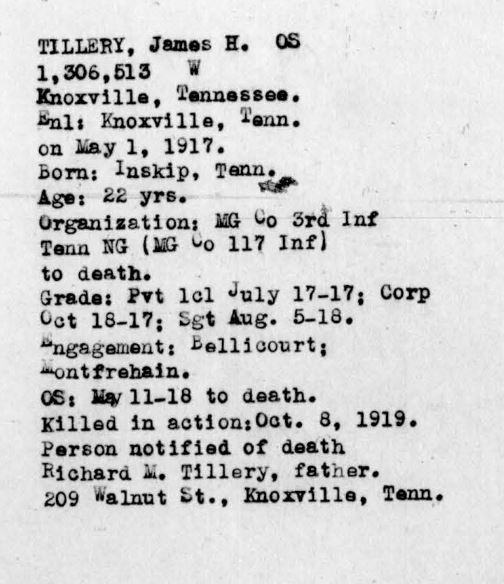 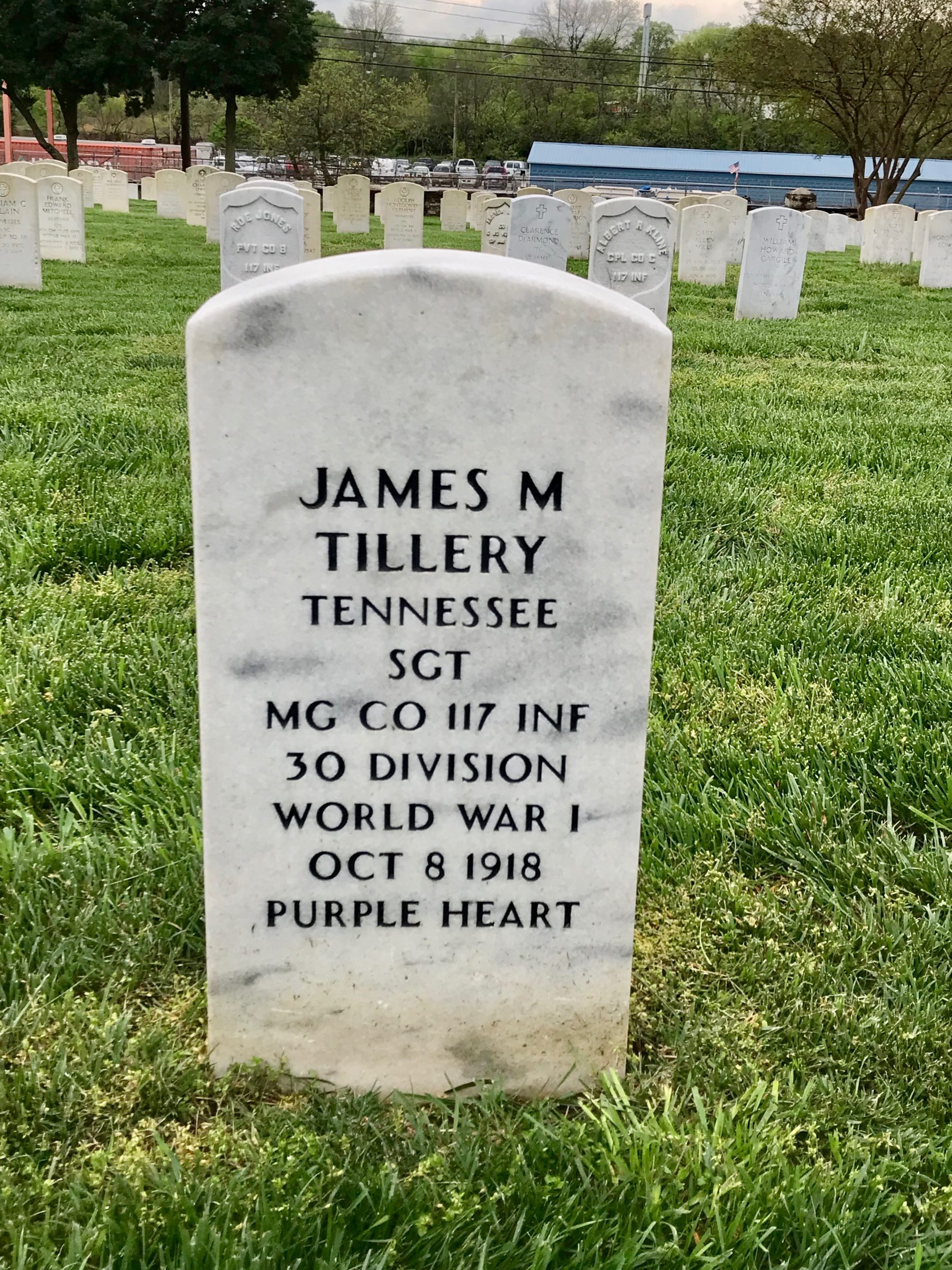