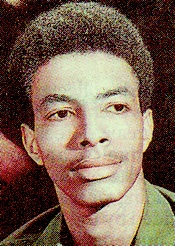 James Marcell Dickey
His tour began on December 13, 1969
Died at the age of 21 in Binh Thuy, South Vietnam
Cause of Death: Non-Hostile, Vehicle Crash

“James and I hit it off the first time we met. We were the same age, had the same MOS and both had Tennessee roots. We played ball together, hung out together and ate together. Of all the guys that I met and knew in Saigon, he was my best friend and my brother. When you’re young you think that you going to last forever. I never got a chance to say goodbye or give him a final salute. I think about him quite often even though he’s been gone a long time. Bro’ Dickey, rest in peace. God bless your soul.” – Larry Jones, SP5 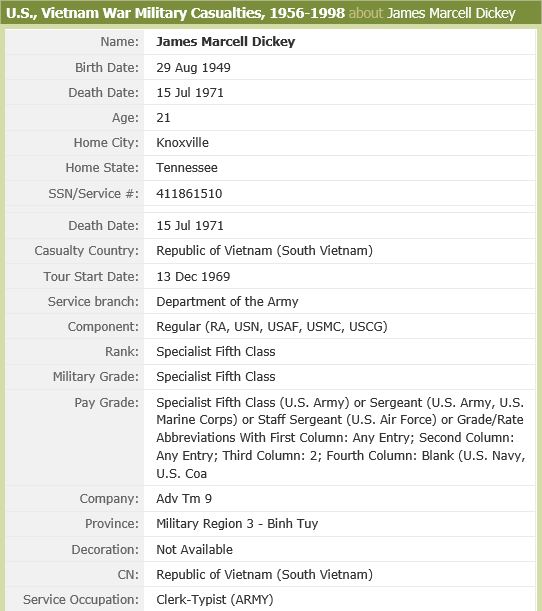