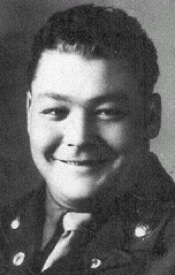 Sergeant First Class James Louis Tabor was a veteran of World War II. In Korea, he was a member of the Company H, 2nd Battalion, 5th Infantry Regimental Combat Team. He was Killed in Action while fighting the enemy at the Pusan Perimeter near Pongam-ni in South Korea.

TheChattanooga Sunday Times, September 17, 1950
Sgt. 1/C James Lewis Tabor, 27, son of Mrs. Lorene Bates, 523 East Main Street and husband of Mrs. Billie Tabor of Honolulu, has been missing in action since Aug. 10, the War department has advised his mother. Mrs. Bates said she had also received from her son’s commanding  officer a letter stating he was killed in action on Aug. 10. The letter was mailed on Aug. 22 and the telegram from Washington arrived on Sept. 10. Sgt. Tabor is one of three brothers who went to the Korean battlefront. Cpl. Johnny Tabor, 21, and Pvt. Roy Tabor, 18, are still in the war zone, their mother said yesterday. Sgt. Tabor served in the army for five years preceding and during World war II. He was discharged at the end of the war, remaining out of the service briefly before re-enlisting. He had three years of army service at the time he was reported misisng. He was in Hawaii with his wife when United Nations fores were ordered into Korea. 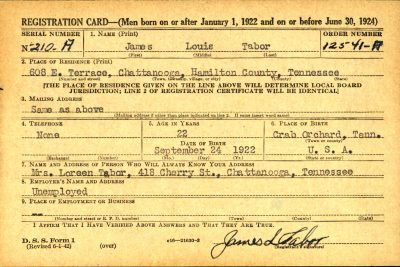 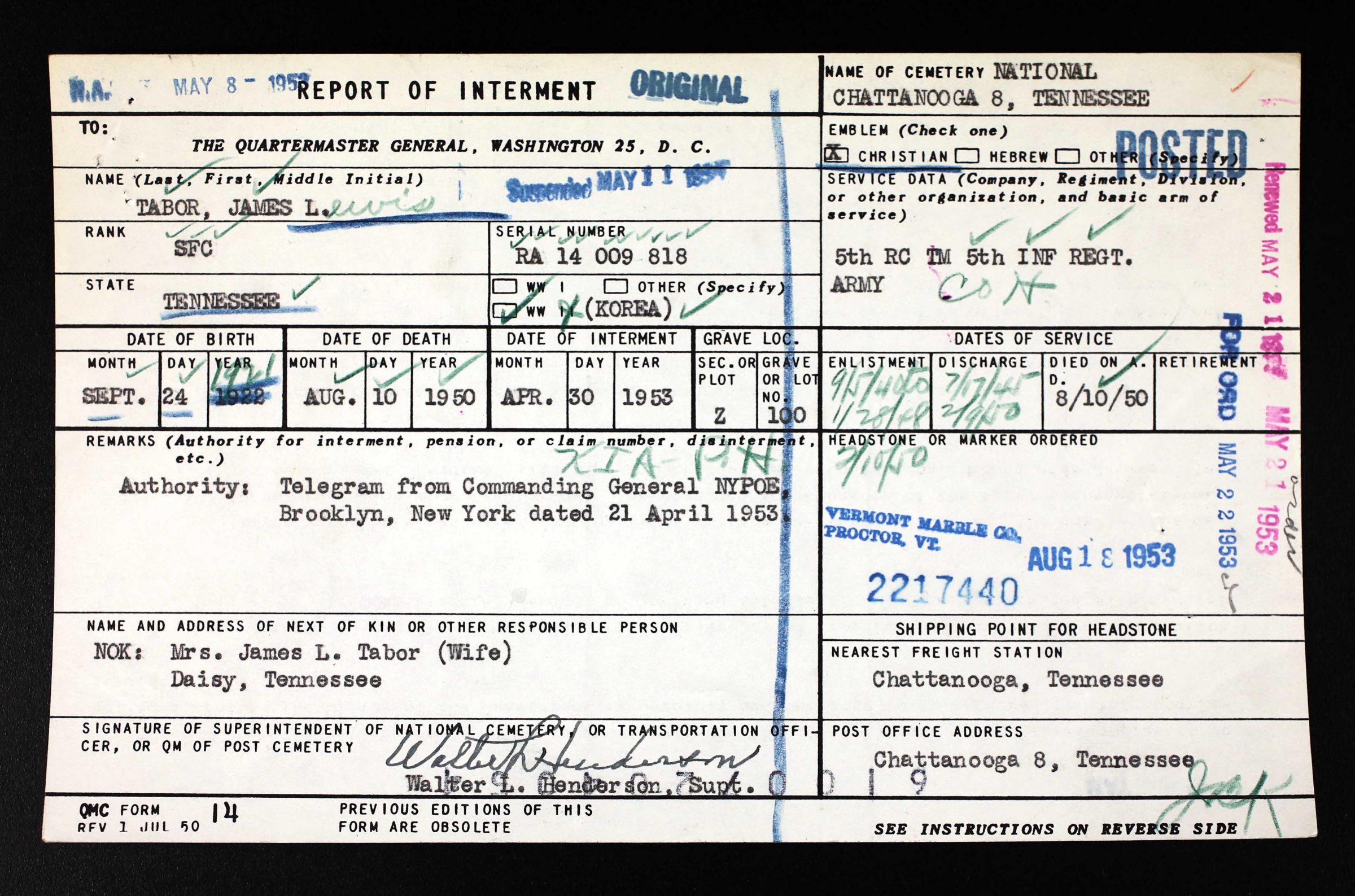 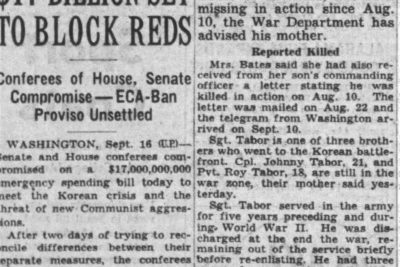 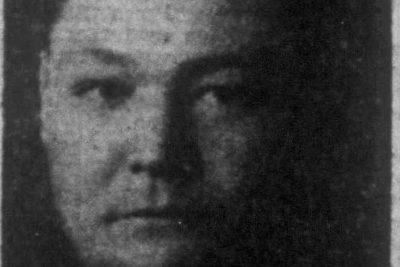 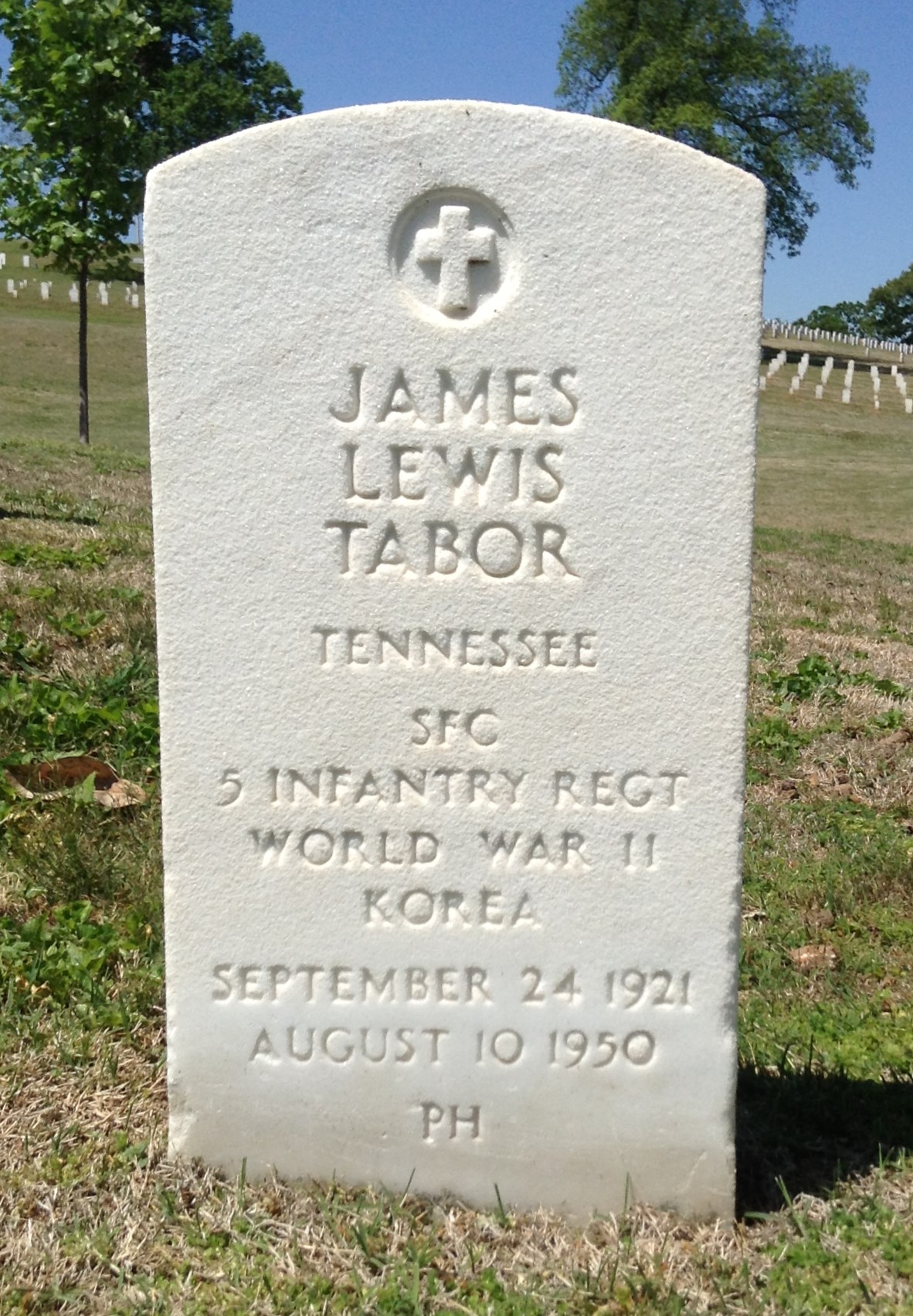