James was born on 5 June 1894 in Telford, Washington County, Tennessee. He was working as a Farm Hand on his father’s farm in Telford when he enlisted in the United States Army at Fort Thomas, Campbell County, Kentucky on 7 July 1918. James was assigned to the 46th Infantry Regiment and dispatched to Fort Sheridan, Montgomery, Montgomery County, Alabama. After arriving Fort Sheridan, he was further assigned to Company K.

Just a few days later, James starting having severe stomach pains and was admitted to the Base Hospital were he passed away on 20 July 1918. His cause of death was determined to be an Ulceration of the Small Intestine. James was 24 years old. He’s interred in the Telford Cemetery, Section A, Row 20, Grave 8 at the Telford United Methodist Church.

James is the son of James P. Searcey and Nancy A. Harrison.

Note: Spelling of last name changed when he enlisted. The gentleman (N.N. Self) who filled out his registration card spelled and signed his name as Searcy. James then made his mark on the signature. 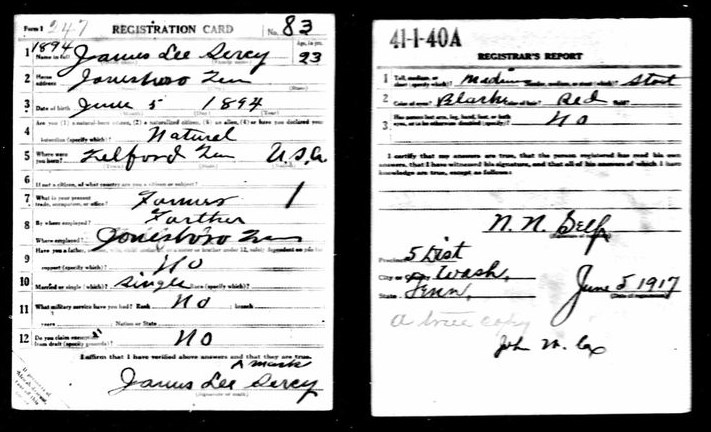 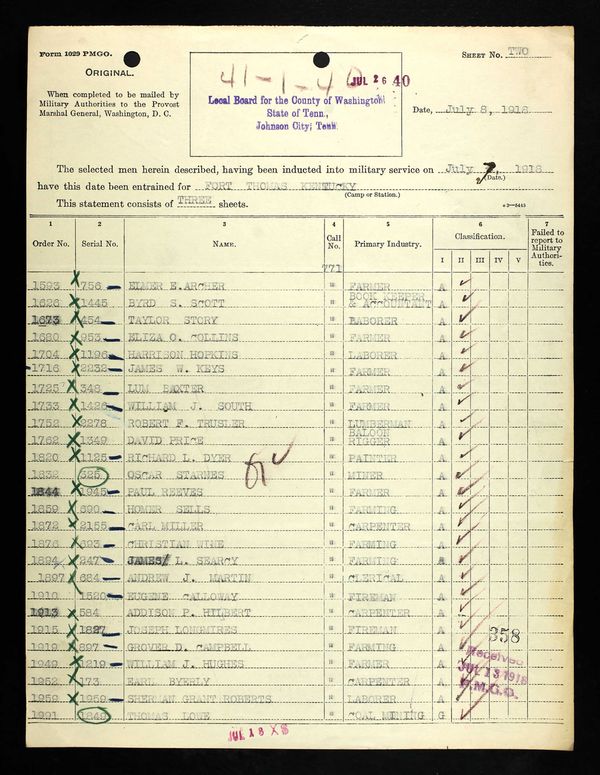 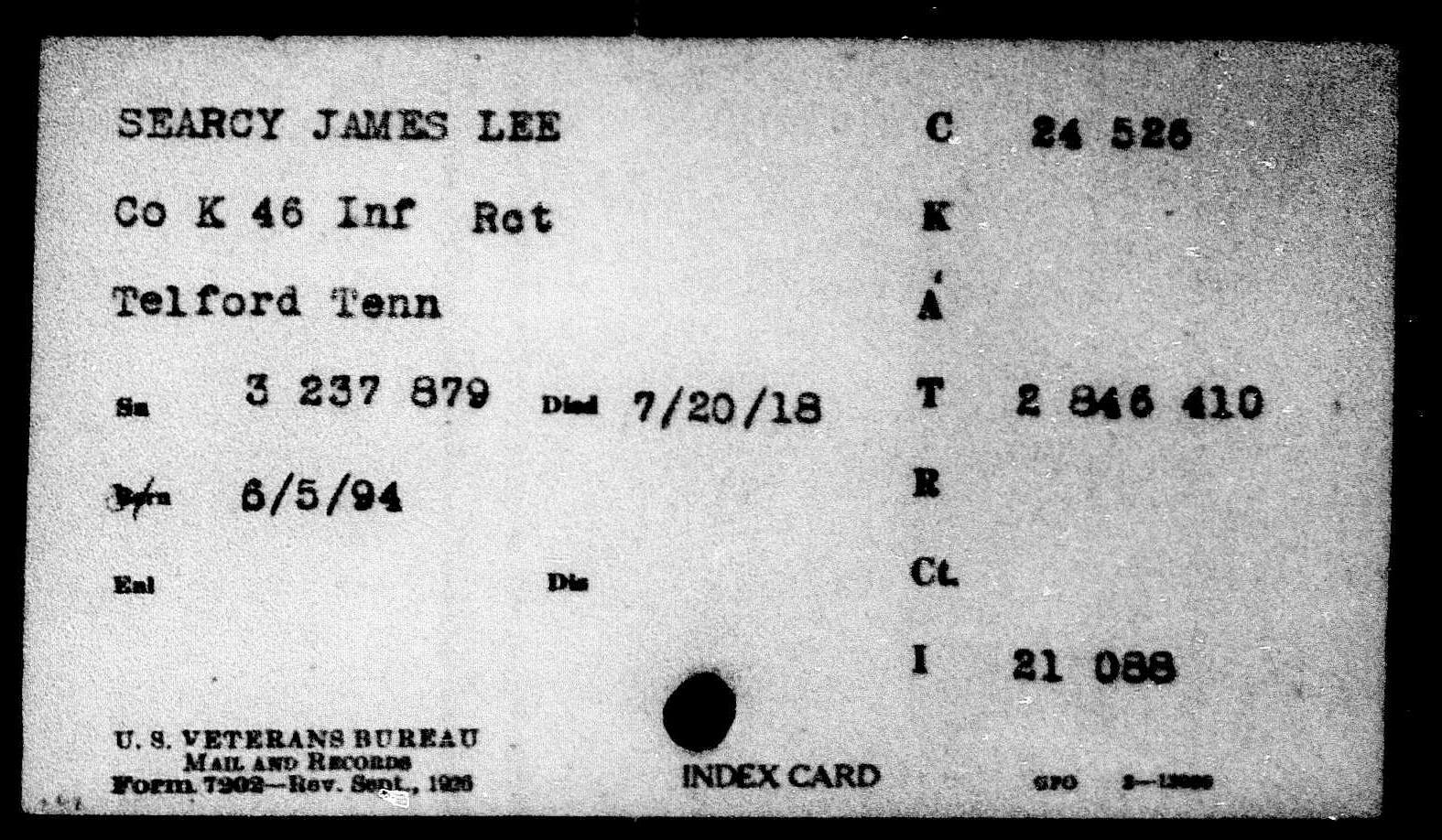 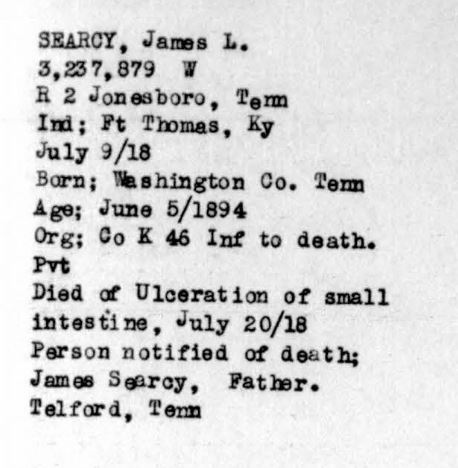