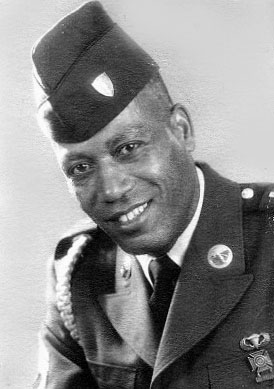 Sergeant First Class James Lester Parker was a casualty of the Vietnam War. As a member of the Army, SFC Parker served our country until April 3rd, 1967 in Tay Ninh, South Vietnam. He was 44 years old and was married. It was reported that James died from small arms fire wounds at Brooke Army Medical Center(BAMC), Ft Sam Houston Hospital, San Antonio, Texas. His body was recovered. James was born on May 22nd, 1922 in Georgia. SFC Parker is on panel 17E, line 096 of the Vietnam Memorial Wall in Washington D.C. He served our country for 22 years.

He was the husband of Mrs Lillie Mae Williams Parker, Route #8, Box 430, Durham, NC. He was the son of Mr James and Mrs Viola Mills Parker of Georgia 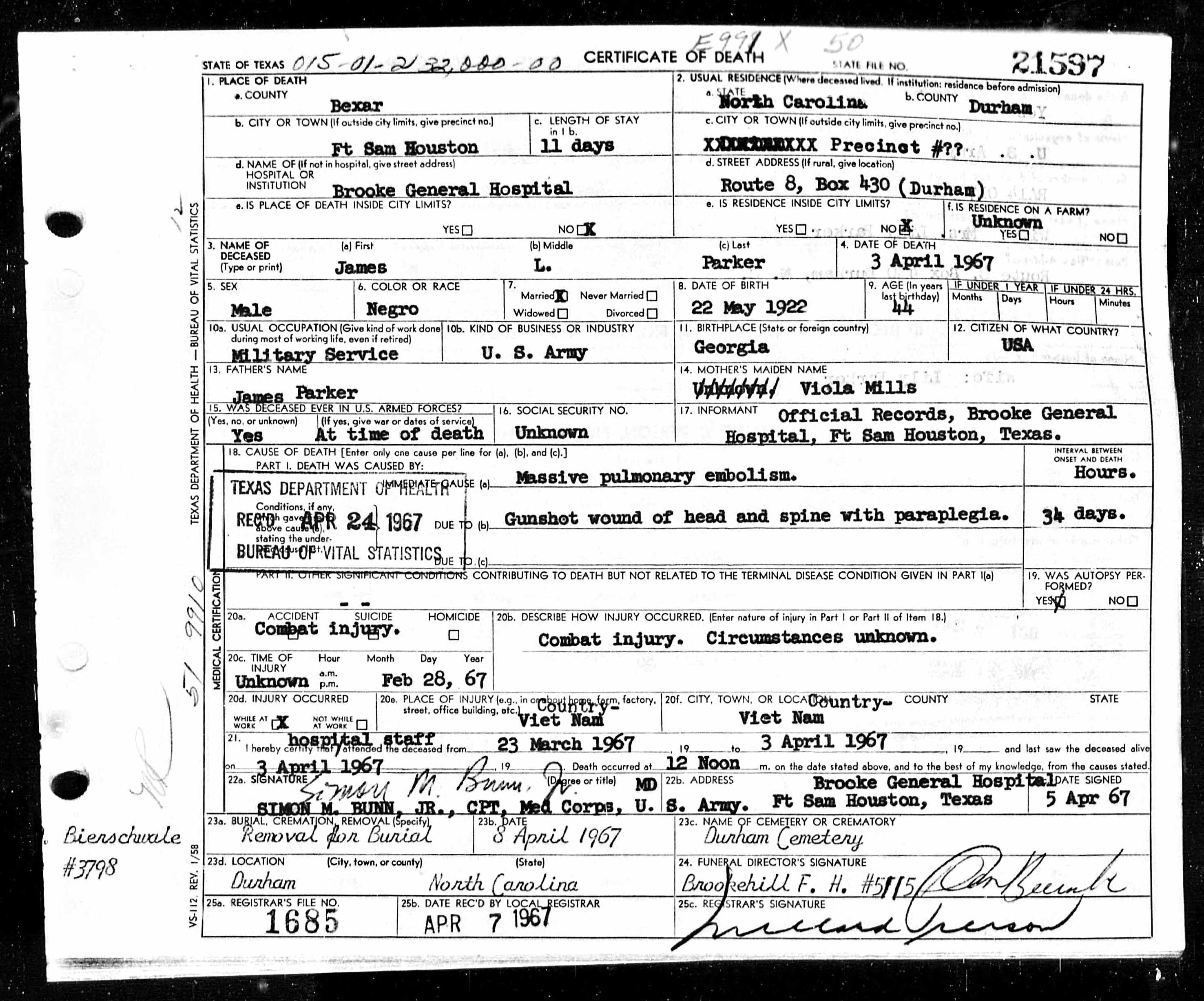