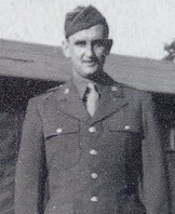 James Leslie Isenberg enlisted at Fort Oglethorpe, Georgia on 9 July 1943 and received basic training at Camp Barkley, Tex., and later served in Vancouver, Wash. He landed in England after assignment to overseas duty  in February 1944. He was assigned to the 76th General Hospital. He was killed in Belgium.

James Isenberg  attended school at Gray and Boones Creek and was employed at Tennessee Eastman Corporation before his induction.  He was married to Mrs. Pearl Matthews. His parents, Mr. and Mrs. Isenberg, and three brothers, Karl, Nicholas and David C. Isenberg, also survive. 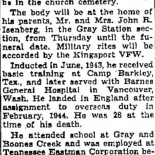 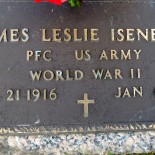