Sgt. Hicks was born August 8, 1923, in Cleveland, Tennessee, and enlisted at Fort Oglethorpe, Georgia on February 18, 1943. He was the son of Levi Wilson Hicks and Cleo Effie Randolph Hicks and had one year of college at the time of his enlistment.

The B-24J he was assigned to was flying a mission on August 31, 1944, at 430pm from Liuchow Airfield at Liuchow, China to bomb enemy ships in Takao Harbor off Takao Kaohsiung on Formosa (Taiwan). The plane was intercepted by A6M Zeros and was hit by anti-aircraft fire and fighters. The crew bailed out, including Sgt. Hicks, but was not seen again after hitting the water. The parachuting crew was fired upon as they descended. The entire crews were declared Killed in Action on August 31, 1944 and are memorialized on the tablets of the missing at the Manila American Cemetery. 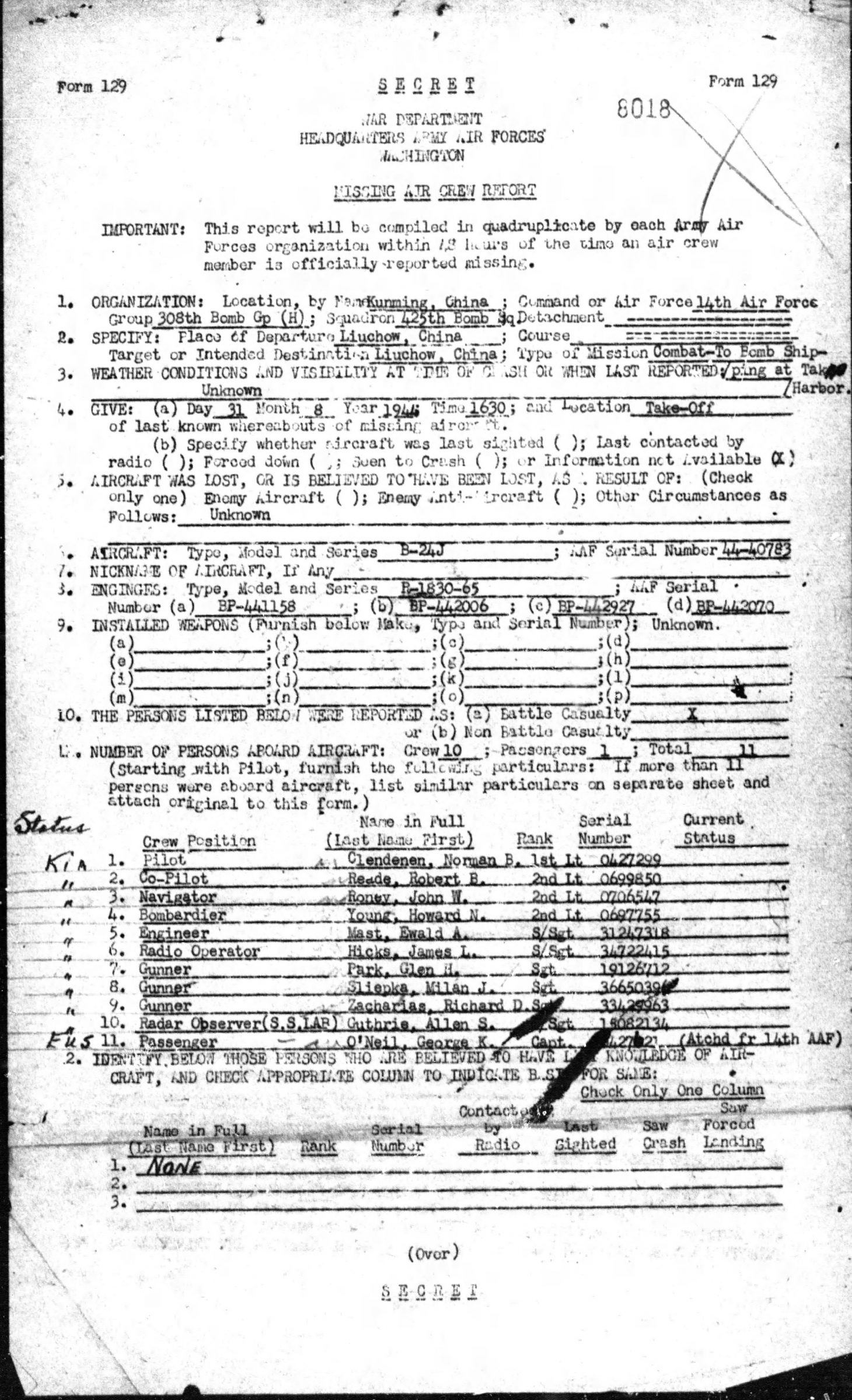