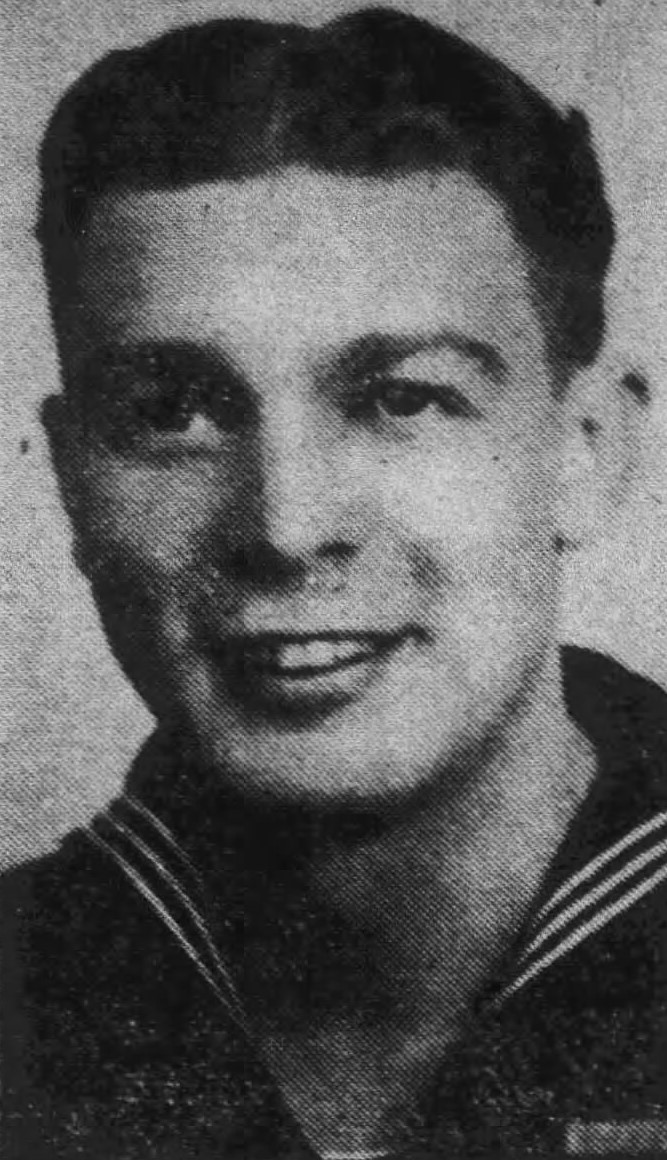 James Lawrence Deathridge was born in 1923 in Tennessee, the son of James English Deathridge and Della B Cordell.

Yeoman 2nd Class James L. Deathridge, US Navy Reserve, died on 8th of June 1944. He served on the U.S.S. Glennon. He is remembered on the Tablets of the Missing, Ardennes American Cemetery, Neupré, Belgium.

On 6 June 1944, D-Day of the Normandy landings, the USS Glennon operated off Utah Beach, providing protection for invasion shipping and naval gunfire support for assault troops. Her guns were also active off Utah Beach on 7 June, and Glennon was schduled to deliver more fire support on the following day, but struck amine that morning that destroyed her stern and left her immobilize. While attempting to help, the escort ship Rich hit two more mines and sank. For two days Glennon´s crew, assisted by other ships, tried to salvage the damaged destroyer, whose wrecked after structure locked her to the shallow sea floor. As this work continued on the morning of 10 June, she was hit by German artillery fire, which cut her power and forced her abandonment. USS Glennon capsized and sank that evening. Twenty-five of her crew lost their lives during her ordeal.

The Chattanooga Times, August 2, 1944
Listed killed in action July 25 during the invasion of Europe was Y2C James Lawrence Deathridge, son of Mr. and Mrs. James E. Deathridge, 512 Douglas Street.  Yeoman Deathridge, member of the United States naval Reserve, only child of Mr. and Mrs. James Deathridge, was reported missing by the Navy Department in a message to his parents May 24. He was serving aboard a destroyer, his parents said, and was believe missing in action with the invasion forces. In a later report to his family, Yeoman Deathridge was reported killed in action during the invasion of Europe. A graduate of Dalton (Ga.)  High School, he entered the service in September, 1941. 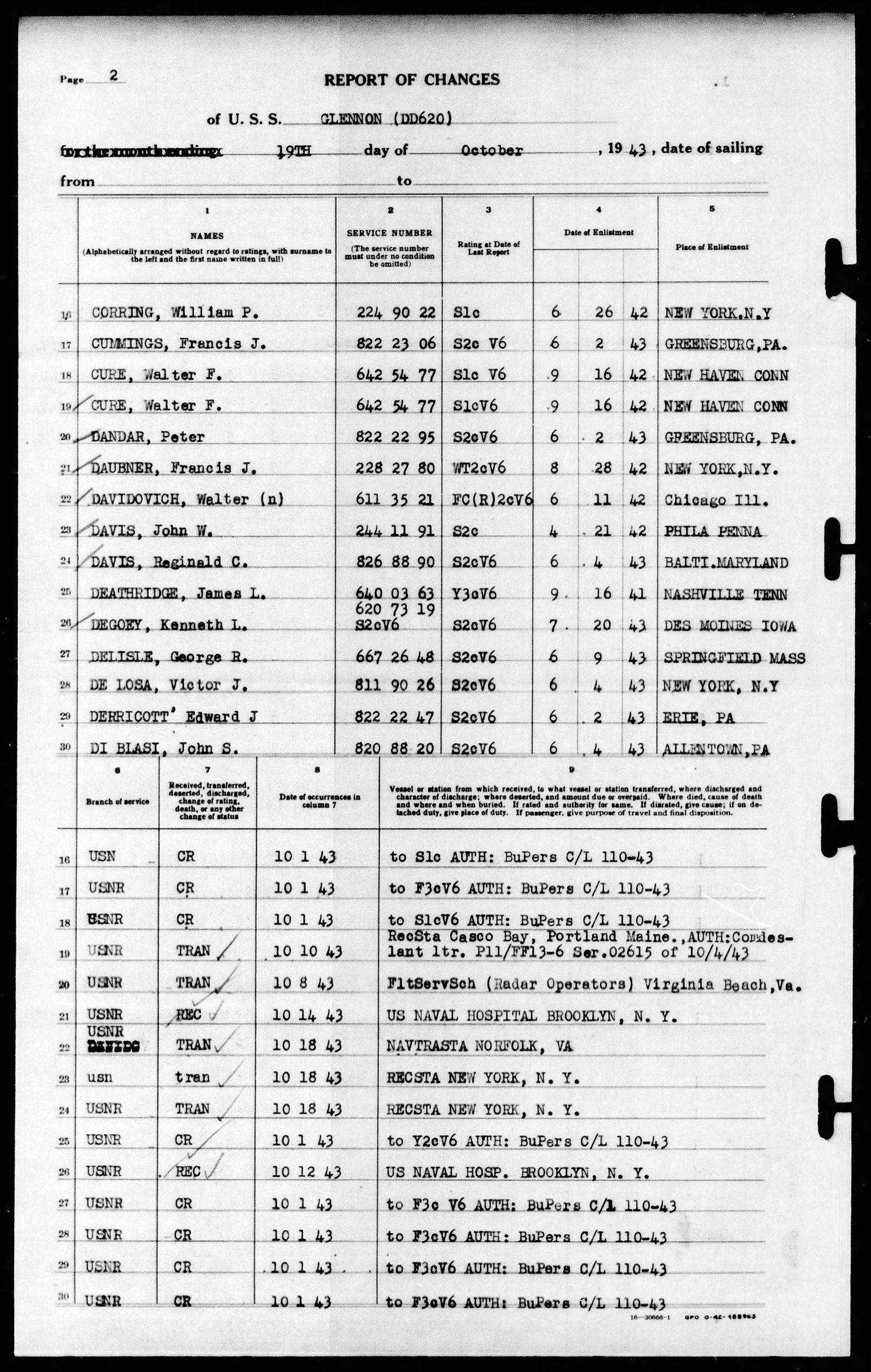 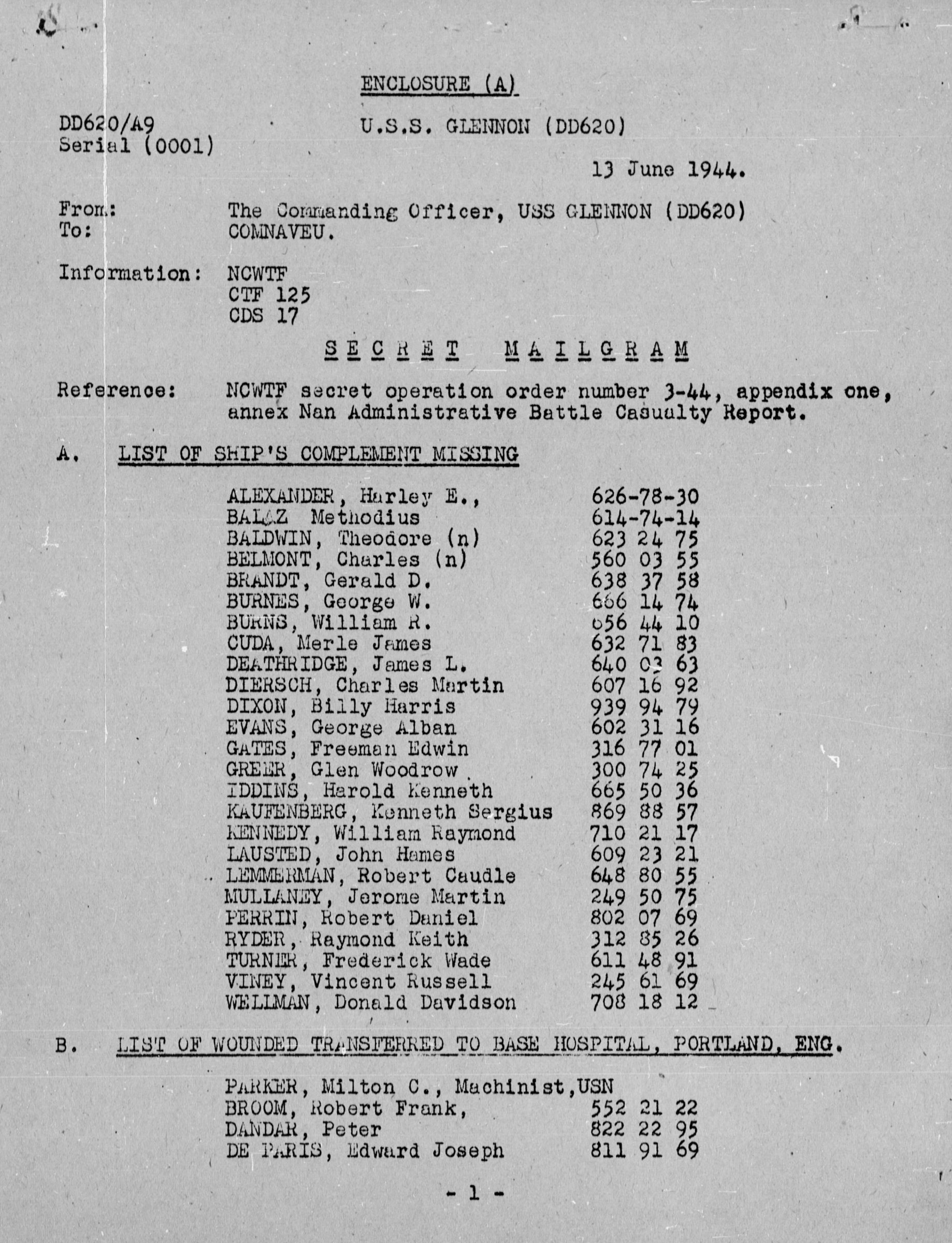 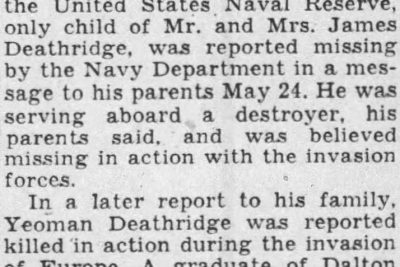