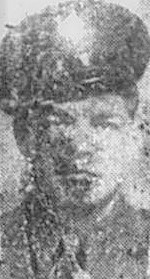 Jefferson County Standard, August 3, 1944
Sgt. James L. (Jim) Cain, 27, has been reported killed in action in France, on June 6. He had been in service 21 months, and overseas only three months. He is the son of Mr. and Mrs. Edd Cain of New Market. Survivors include his parents, four sisters, Mrs. Martha Russell, Mrs. Binnie Green, Misses Ruby and Dorothy Cain, all of New Market; five brothers, Buford, Ralph, Herbert, Ray, all of New Market and Edd Jr. (Bill) of Texas in the army: several nieces and newphews, also a host of friends.
He was employed at the Universal Exploration Co. Before going into the armed forces. 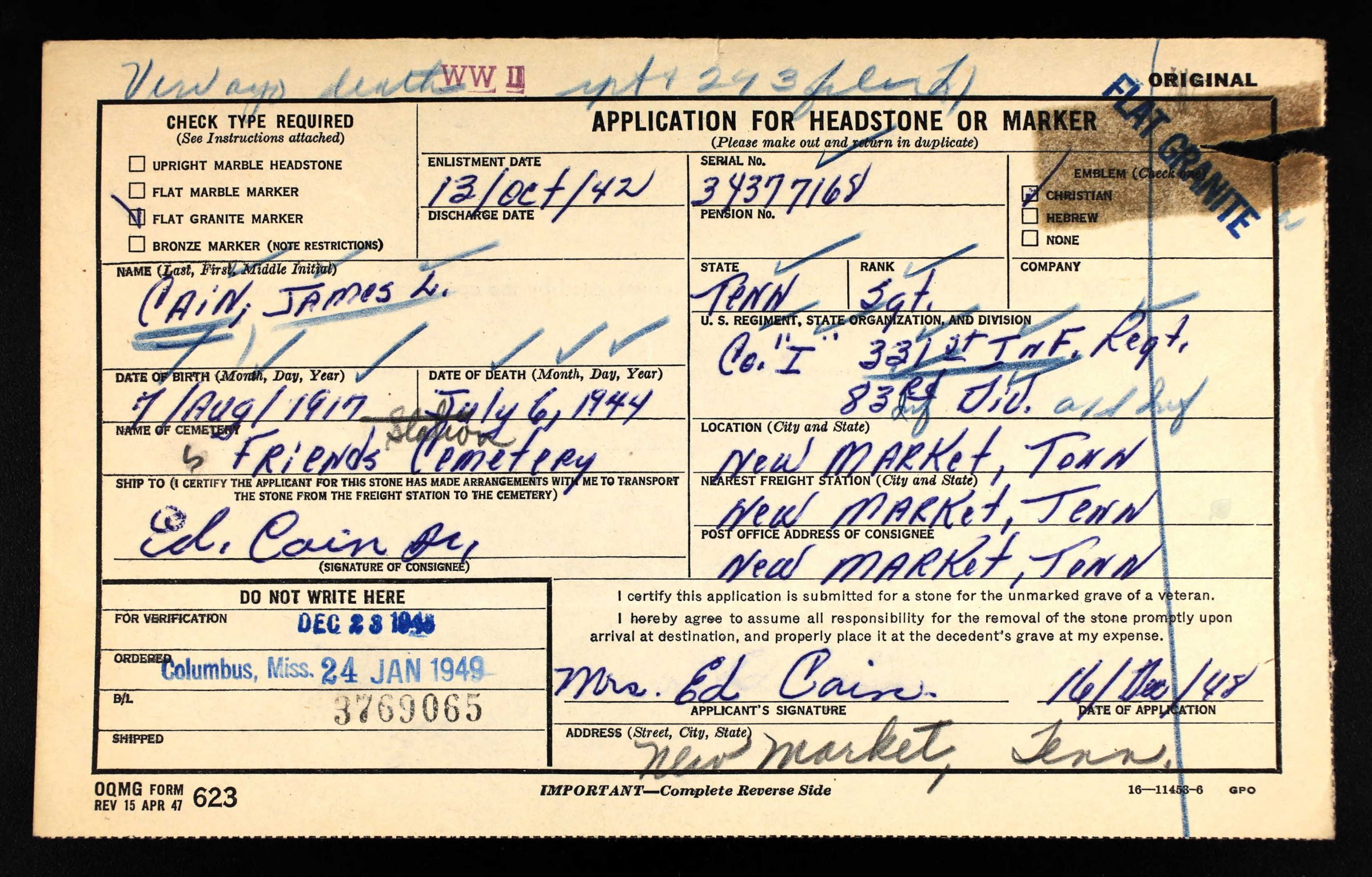 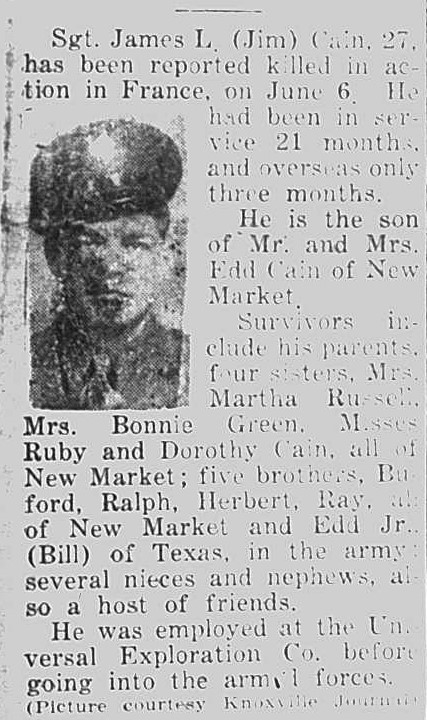