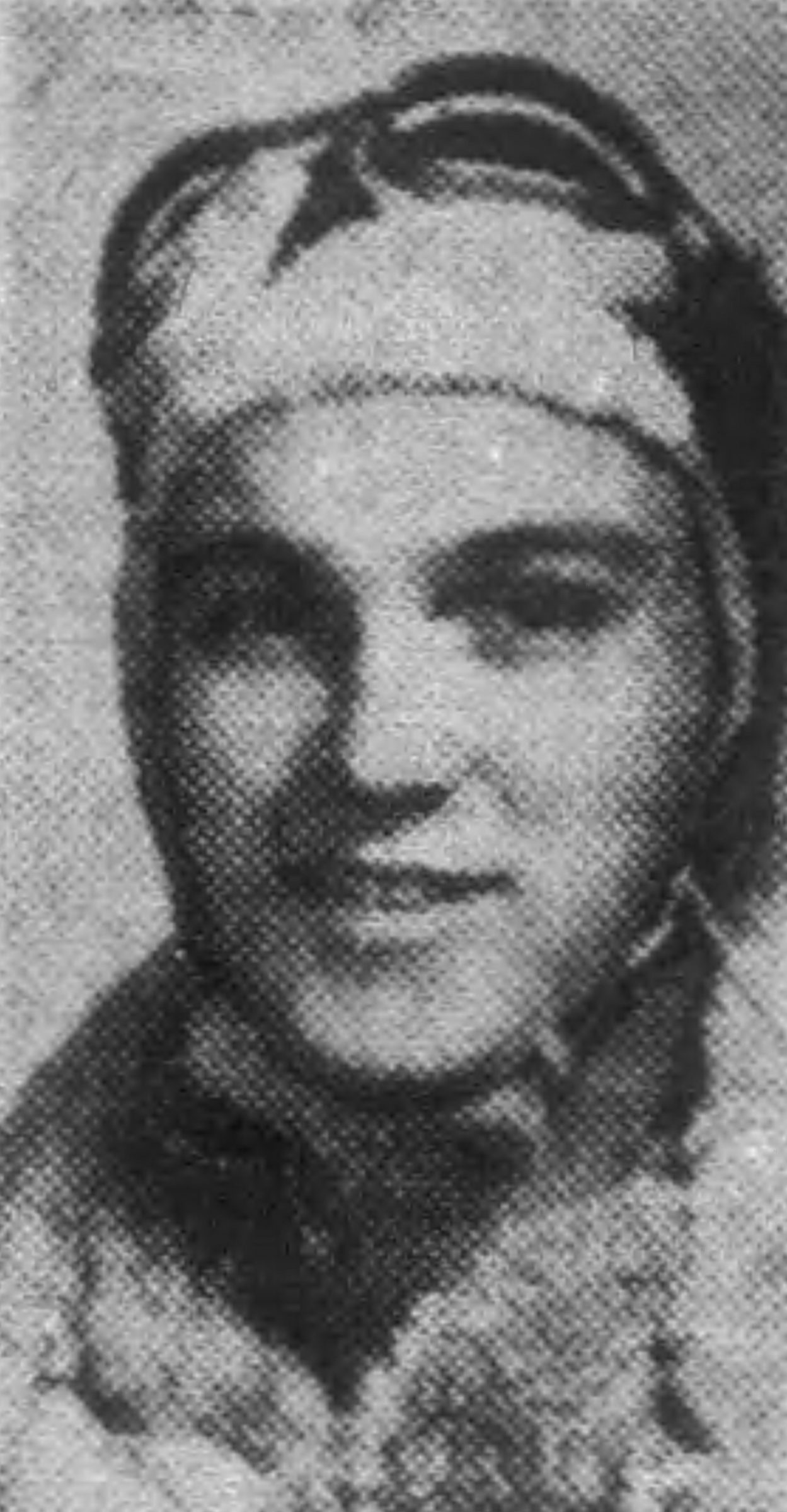 Sergeant James Leonard Burgin, born in 1924, was the oldest of six children of James Crockett and Anna Trula (Nipper) Burgin of rural Knoxville, Knox County, Tennessee. In the 1930 census 5-year-old Leonard is living with his parents and siblings Margaret Helen 4, Virginia 2, and Eugene 3 mos, on Louisville Ferry Pike in District 11 of Knox County, Tn. His father is a stone cutter in a marble quarry. In the 1940 census 15 (almost 16) year old James is living with his parents and siblings Margaret H 14, Virginia 12, Eugene 10, Thelma 7, and Shirley 5, on Thorn Grove Road in rural Knox County. His father is a driller in a marble quarry.

James enlisted at Camp Forrest, TN., on 16 Nov 1942. At the time of enlistment, James was 18 years old, had 4 years of high school education and was single, without dependents.

The 333rd Bomb Squadron of the 94th Bomb Group was based at Bury St Edmunds 72 miles northeast of London. James was the radio operator on B-17 42-3185 “Queen Bee,” piloted by 2nd Lt Merle A Nienaber. Queen Bee was shot down 26 Nov 1943 on a mission to bomb strategic sites at Ivry on the southeast side of Paris, France. The plane crashed near Londinières 17 miles east southeast of Dieppe. James was taken prisoner and died at Luftwaffe Lazaret Beauvais 49-02 the same day. 49-02 refers to its latitude (49.43 degrees North) and longitude (2.07 degrees east). Beauvais is 44 miles southeast of Londinières and 46 miles north northwest of Paris. 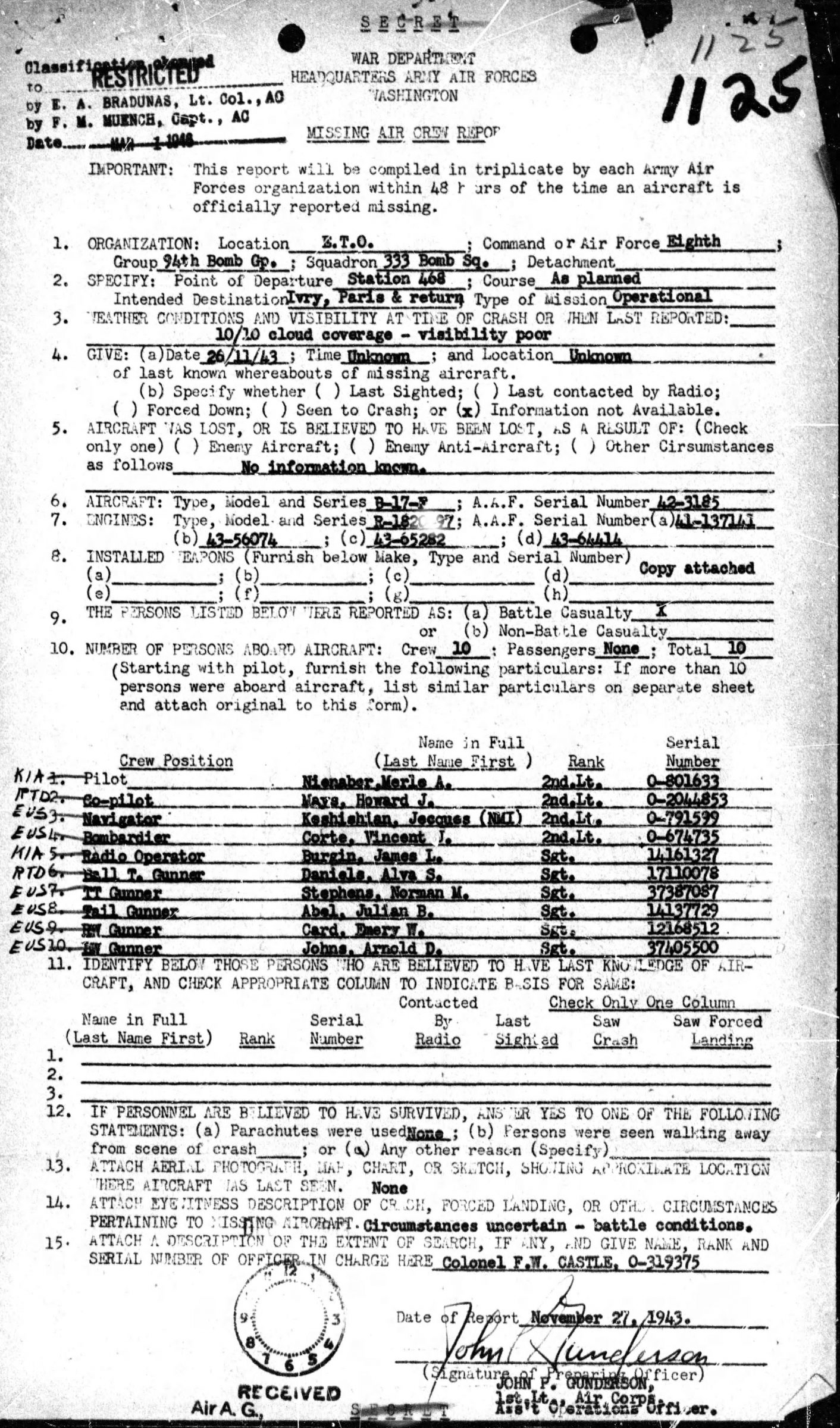 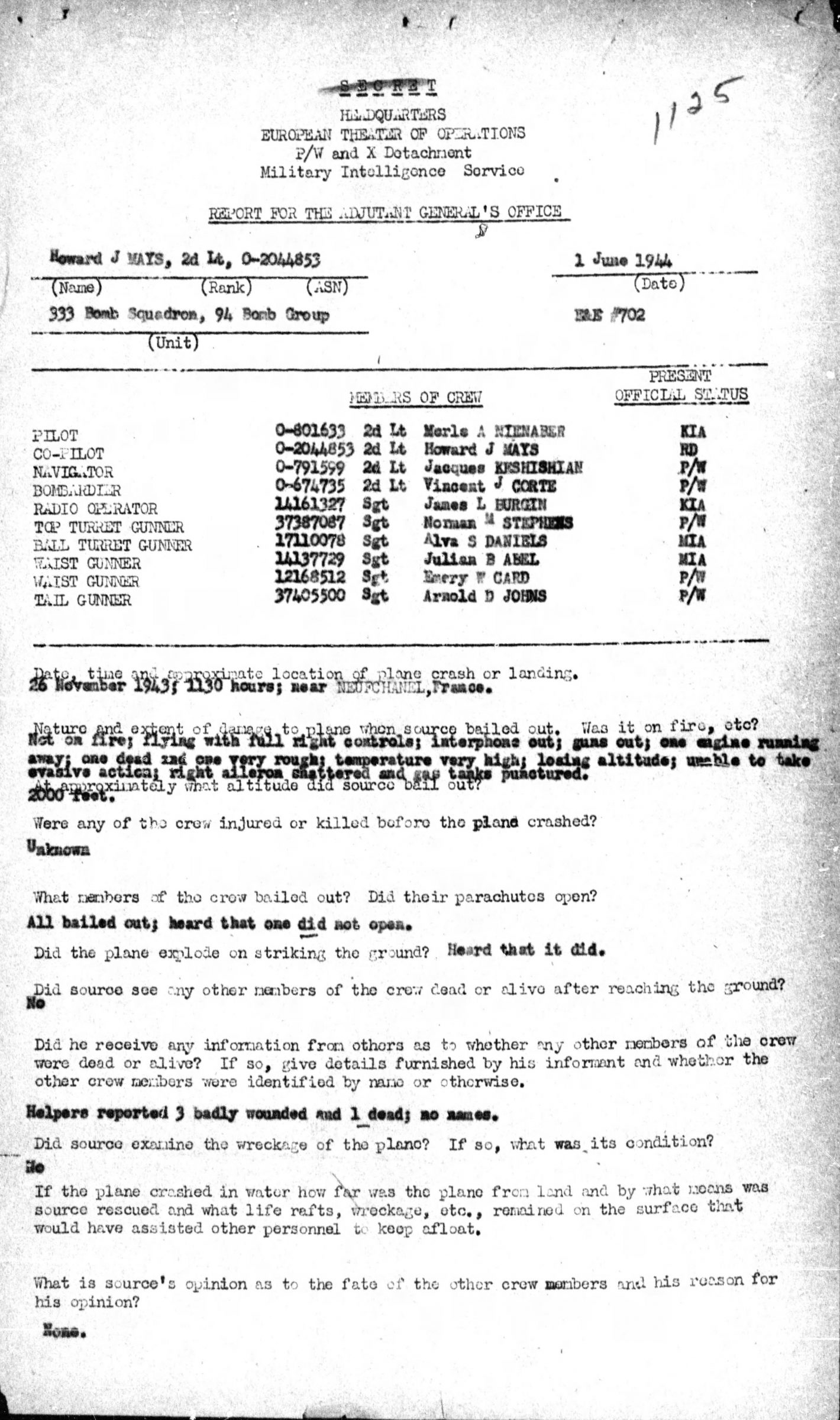 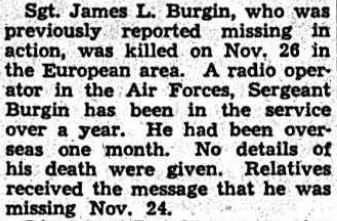 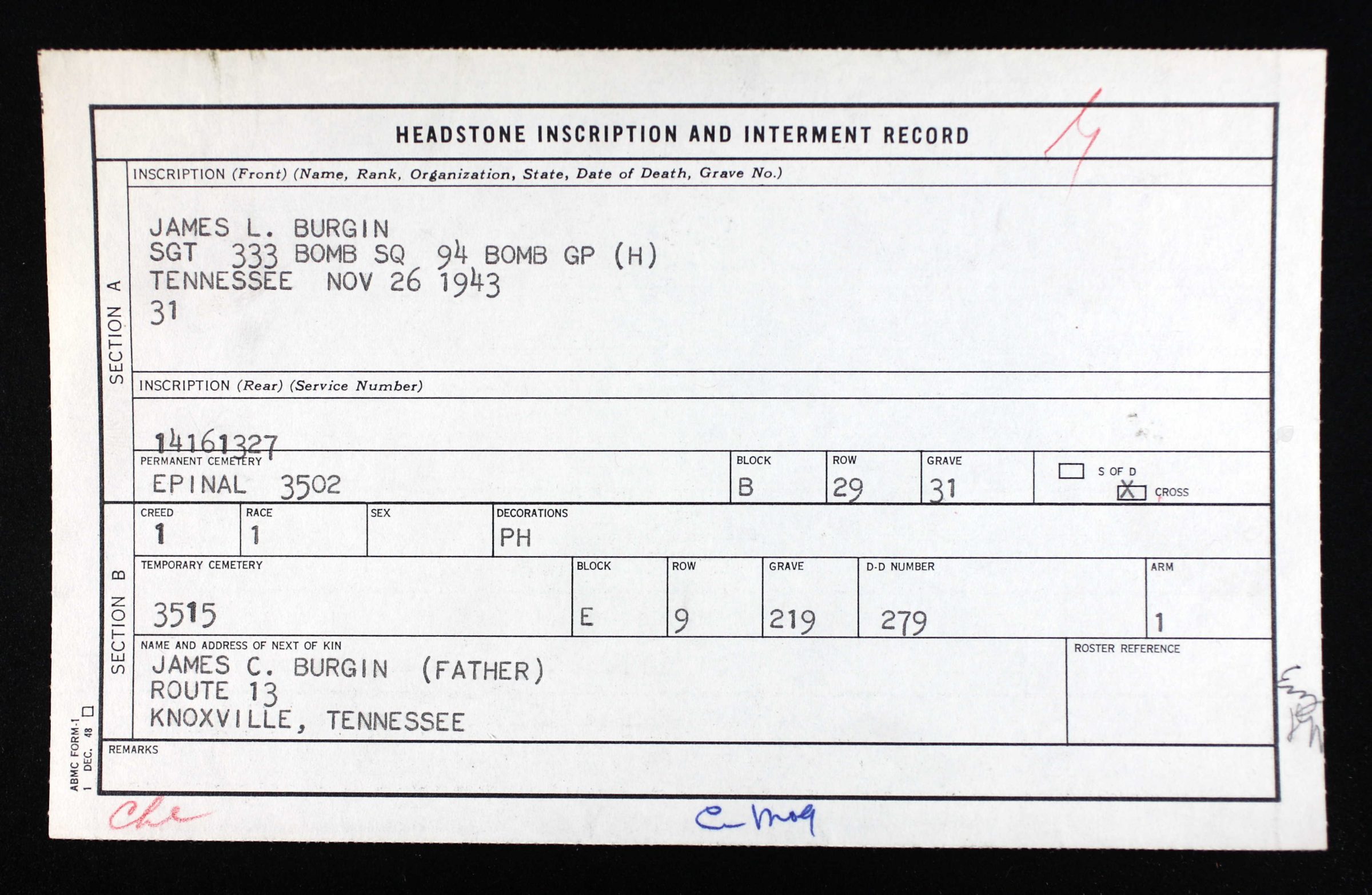 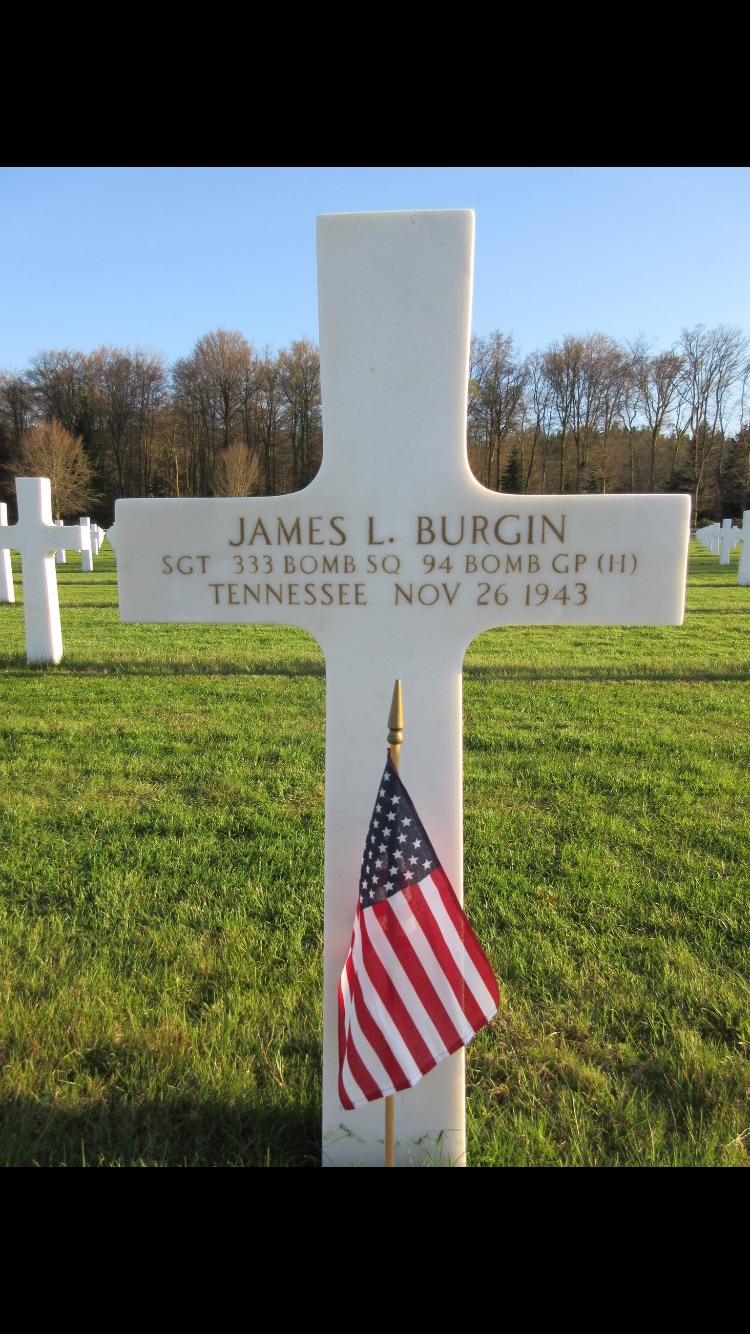